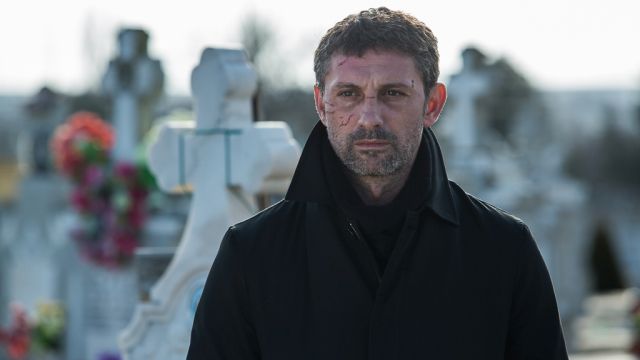 Iulia Rugină’s latest film, Breaking News, will have its world premiere at TIFF. The film stars Andi Vasluianu, who plays a TV journalist that survives a factory explosion. When confronted with having to do an in memoriam coverage about a colleague who dies in the accident, he realizes he knows close to nothing about him. Aniversarea / The Birthday

Party (directed by Dan Chișu), another film that will be screened in world premiere in Cluj, is the last film starring the late actor Mircea Albulescu. When his character turns 94, his family and friends gather around him and spend together an evening full of fuzzy memories and disputes.
Vânătoare / Prowl, directed by Alexandra Bălteanu and produced by the German Film and Television Academy (DFFB) in Berlin, will have its’ Romanian premiere at TIFF, following the world premiere in San Sebastián IFF. Corina Moise, Iulia Lumânare and Iulia Ciochină play the parts of three prostitutes followed during the course of a day, as they share a workplace under a busy bridge near Bucharest.
Ouăle lui Tarzan, the latest documentary directed by Alexandru Solomon and shot in Abkhazia, will also be screened for the first time in the presence of an audience. By investigating the traces left by Stalin’s legendary initiative of creating the perfect worker out of a man-monkey hybrid, the director obtains an interesting mix of Sci-Fi and documentary. The viewer can act as a judge as he/she watches the film Procesul / The Trial, directed by Claudiu Mitcu and Ileana Bîrsan, which was also shown during a work-in-progress screening this year at One World Romania. Andrei Dăscălescu will be present at TIFF with his film Planeta Petrila / Planet Petrila, his latest documentary dealing with the possibility of employing culture as a means of rescuing the site of a recently shut down coal mine. 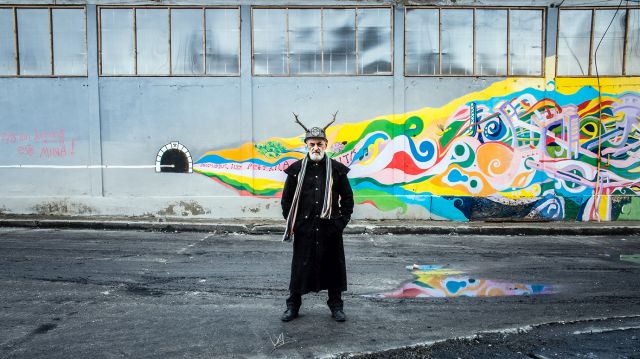 Photographer Cosmin Bumbuț’s directorial debut, Ultimul căldărar / The Last Coppersmith, follows the story of a Roma family forced to emigrate as they can no longer live out of their craft. Camera Obscura (directed by Gheorghe Preda) brings to light the former Communist ciné-clubs. Varză, cartofi și alți demoni / Cabbage, Potatoes and other Demons (directed by Șerban Georgescu) conveys with humor and a sense of the absurd the paradoxes from the lives of local farmers.
Romanian Film Days also brings forth two films by Radu Jude. Based on the Costică Acsinte photography collection, the documentary Țara moartă / The Dead Nation reconstructs the period between 1937 and the early 40s, right after August 1944, from what the director calls “fragments of parallel lives”. The audience will also be able to 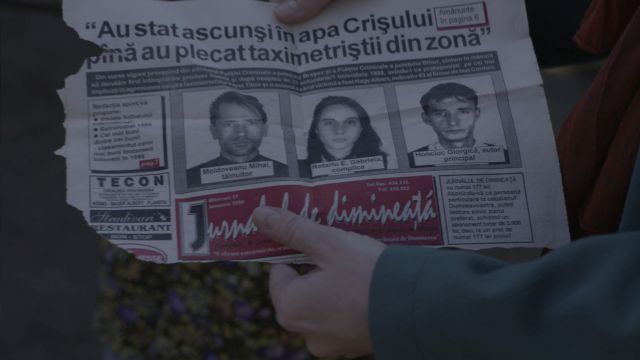 watch in Cluj Inimi cicatrizate / Scarred Hearts, based on the writings of Max Blecher and inspired by the his life story. Adrian Sitaru returns to TIFF with Fixeur, starring Tudor Aaron Istodor in the part of a journalist faced with a moral dilemma. Last, but not least, the feature line-up also includes Călin Peter Netzer’s psychological drama Ana, mon amour, a film for which Dana Bunescu was awarded the Silver Bear  at the latest edition of the Berlinale.
The short film selection consists of 14 films. The ones selected this year are directed by Anca Damian, Adrian Silișteanu, Andrei Huțuleac, Valeriu Andriuță, Marius Olteanu, Alex Mavrodineanu, Andrei Tănase, Stela Pelin, Tudor Botezatu, Ionuț Gaga, Conrad Mericoffer, Anton Groves, Damian Groves, Alex Mironescu and Sandra Rad.
Nominated for the European Film Academy Awards, the short  Scris/Nescris / Written/Unwritten (directed by Adrian Silişteanu) will have its Romanian premiere at TIFF. Prima noapte / First Night directed by Andrei Tănase is already being acknowledged internationally, after having won the Minister of Fine Arts Promotion Prize at Dresden FilmFest. Three of the films selected are directed by actors: Când afară ninge / When It’s Snowing Outside by Conrad Mericoffer, Offstage and Chers Amis, Andrei Huțuleac and Valeriu Andriuță’s directorial debuts. The French production Careu / Square (directed by Anca Damian) will have a special screening in Cluj, following its 2016 Cannes premiere.
Find out more: www.tiff.ro