Call us nostalgic, call us whatever you like, but I believe that all the people from my generation, all of us - who back in 1959, as students, we would passionately and sometimes with candid hopes watch everything that happened in the Romanian film zone, - had the revelation that with Life doesn`t spare, of the feature film debut filmmakers  Iulian Mihu and Manole Marcus, the waters got stirred again, after the storm brought three years before by the adaptation of Victor Iliu`s The Mill of Good Luck, after the unusual expressiveness ofLiviu Ciulei`s The Eruption from 1957. 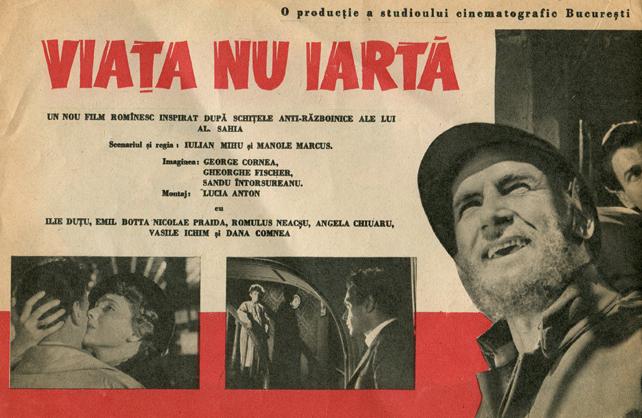 Back Then we didn`t have a rich background – as they say today -, our access to the information sources was as limited as possible, but it can`t be said that we were like fallen from the stars. 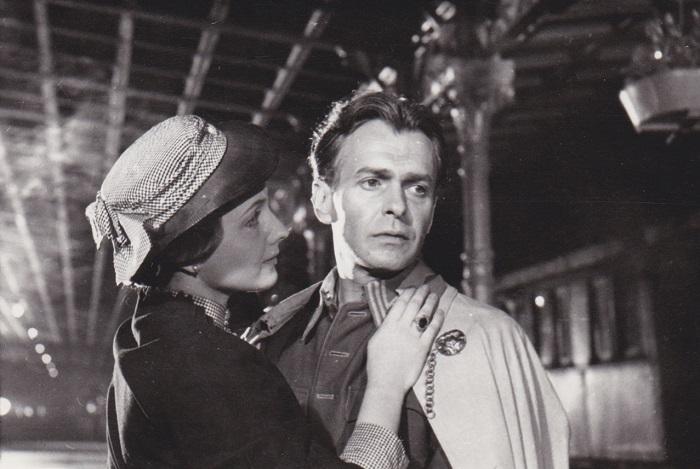 Maybe our enthusiasm was a bit exaggerated also by the pride of the young film lover, happy to be able to discover the novelty. Even if we couldn`t fully understand the entire intricacy of the drawing in the carpet of the two young filmmakers` stylistics, we were not wearing the clothes of the amazed without a clue ones, who could be bought with a few colorful strings of beads. Of course, at some point, we were puzzled by some things as well, for instance: why a film would get on the big screen in the cinemas only in 1959, though that we had read about it in the Film magazine that they were working on it since 1956?
Of course, nobody would explain to us why. Much later, we would find out the reasons for the changes. Back then, we were happy that in our small garden, we could witness a bewildering display of images that atomized the tyranny of the epic, the prosaic manner of the chronology. We were not too interested in the literary material which was the starting point – the three works written by Alexandru Sahia, “The return of the father from the war”, “The death of the short term young man”, “On the battle field of Mărășești” , even if we “had studied” them in school. We were saddened by the misunderstanding, the conformism – maybe dictated – of some well-known critics of that time, not because we were great, but just because we had an intuition, which later on proved to be right. Of course, time would bring the necessary corrections, but our modern historians have never moved Life doesn`t spare from its well-deserved place in the history of the Romanian film. Manuela Cernat, Călin Căliman, Valerian Sava, Ioan Lazăr, Bujor T. Rîpeanu wrote, with arguments, about the daring to tell the story in a different way, in a cinematography which was parting with the previous canons with great difficulty. Sahia`s anti-war literature, with its cores about the human dramas, was melted 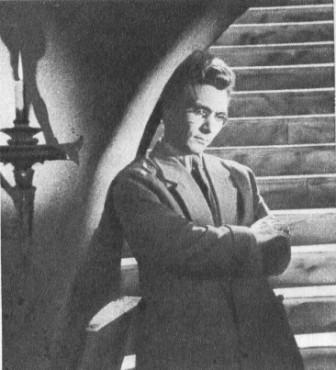 into a polyphonic structure, dominated by alternating the temporal perspectives, by sudden replacing of the narrative layouts. This film brought al'air du tempsof the time which was preparing to greet us from the peak of the New Waves. I don`t doubt that the viewers from today - with their horizon of expectation marked by the aesthetic movements of the past 50 years - can smile, ironically or with clemency, in front of the stylistic assault of the authors. Nothing would come into frame, unless passing the photogeny exam, at any cost, from the drop of water dripping from a soldier`s helmet to the symmetry of the arches of a parlour. The camera which had behind it the young cameramen George Cornea, Gheorghe Fischer, Alexandru Întorsureanu, was feverishly searching for the geometrism, the alignment, the cold architecture. I don`t think they would be indifferent to their “will of style”, even if out of pride, or clumsiness, it was over-dimensioned. It will stay, even if documentaristically speaking, as a symbol of a crossroad in the evolution of the Romanian film. That is why, a few days ago when I went to 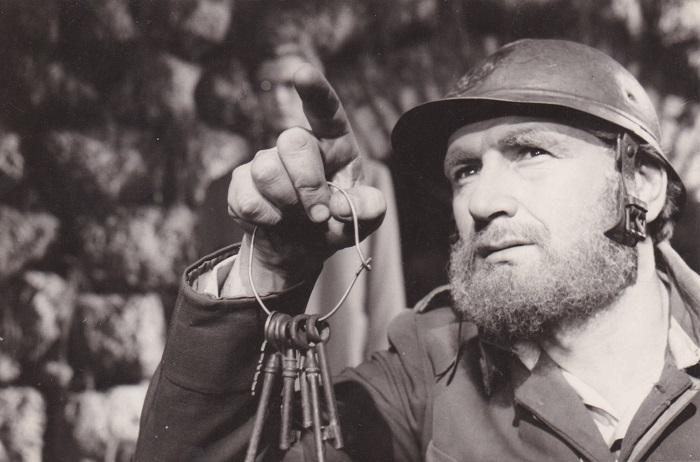 the Cinematheque (the Eforie venue) to see Life doesn`t spare, I was surprised to read in the program that it is catalogued as “a propaganda film”! Why were the other titles of the series dedicated to the Great War catalogued as what they are, “war films” and why was what I was about to watch again considered a “propaganda film”? The inadequate, mechanical reading of Cristian Tudor Popescu`s academic work “The deaf film in the mute Romania” placeda hastened label over a debut which stays in another space of the history of our cinema. The author analyzed all the Romanian films using the interpretation grid Politics and propaganda, headstrongly discovering them and marking the differences between the chosen case studies. If we switch to another country, then one of the most disturbing post-war films, Ashes and Diamonds (1958) would totally fit the analysis using the propaganda terms suggested by Cristian Tudor Popescu. What shall we do? Shall we remove it from its place, of a great creation about the drama of the intellectual choice, in the Polish film history? I keep aside the detail mentioned by Bujor T.Rîpeanu in the researches he made, that Life doesn`t spareis “the most outrageous case of interference of the political censorship, which couldn`t accept the pacifist visions of the young authors, or the filmic language that they used.” The viewer of today can`t know all that and is not obliged to enter a cinema hall, knowing a lot of information. He just comes to watch a film. But if that cinema is called the Cinematheque, the demands tend to be different.