The city of Cluj takes big steps towards winning the title of the European Cultural Capital in 2021 and one of its assets is the Transilvania International Film Festival. Having reached its 15th edition, TIFF is a very important event for the Romanian film industry. Despite the fact that it rained heavily almost all the time, most of the Romanian filmmakers took part in the event. 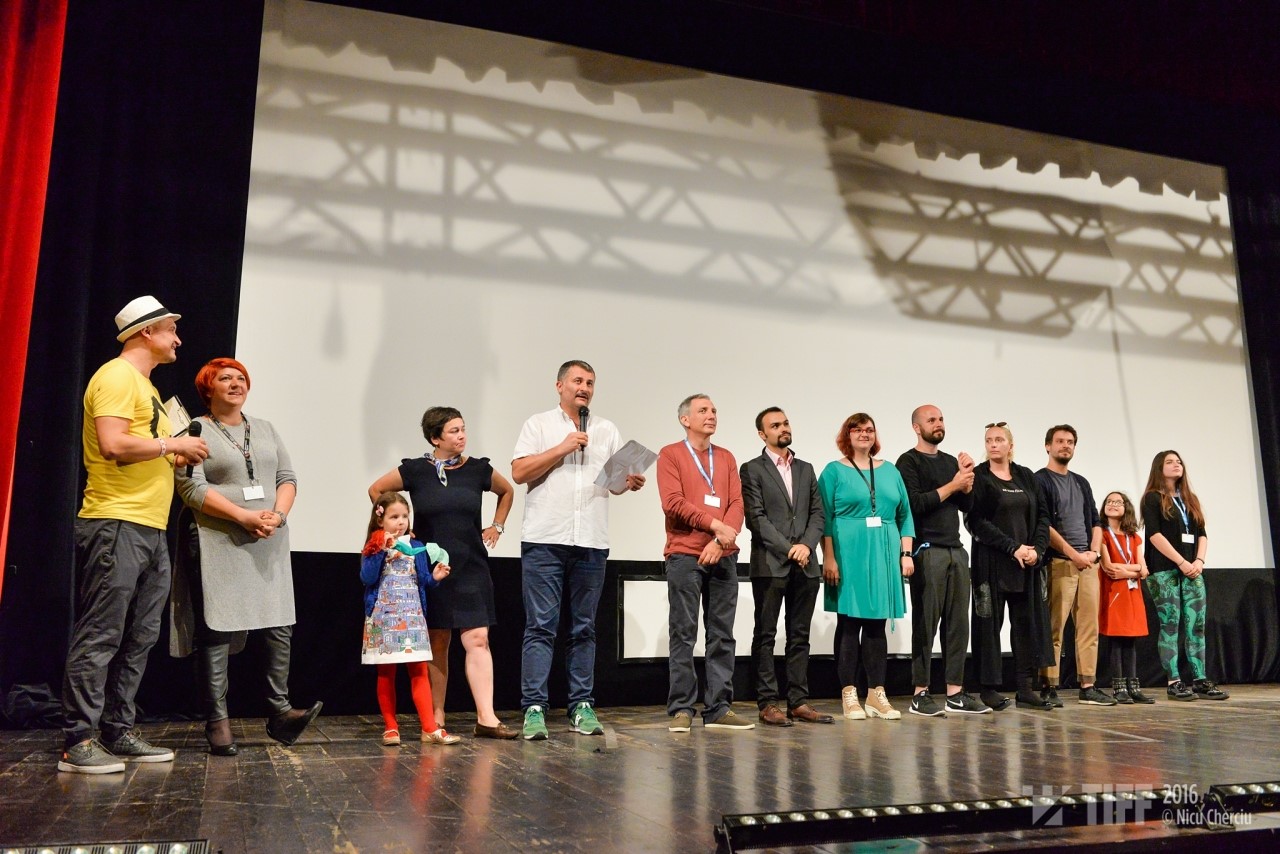 The most anticipated Romanian films were Sieranevada, directed by Cristi Puiu and Dogs, directed by Bogdan Mirică. After the Cannes selection and the laudatory reviews, the two 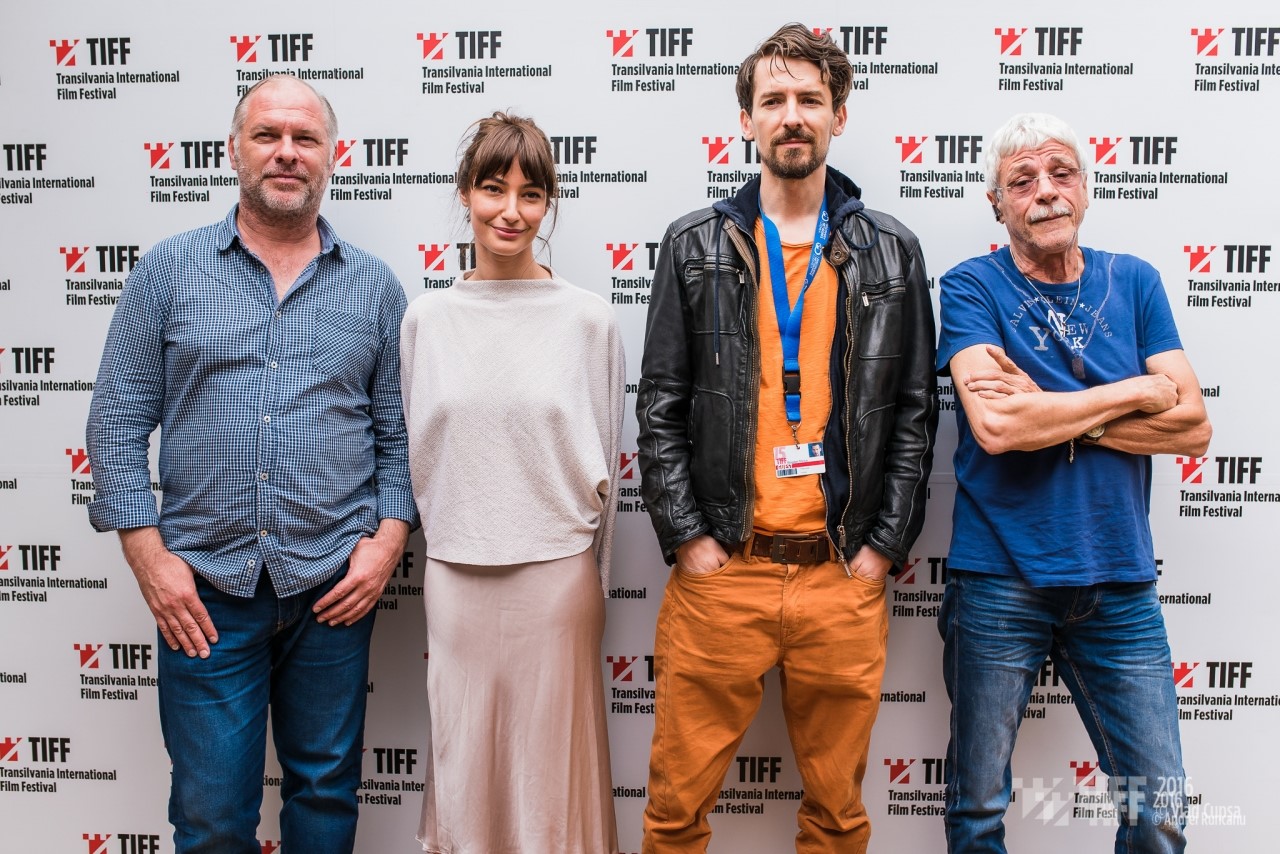 feature films had their screenings at TIFF, in the presence of their crews. The following day, Cristi Puiu came alone to the TIFF Lounge and Bogdan Mirică, praised by the international critics in Cannes, came together with the actors Gheorghe Visu, Vlad Ivanov and Raluca Aprodu.
Even if his film was not in the competition, Cristi Puiu received the Transilvania 15 Trophy, from the organizers - Tudor Giurgiu, the festival director and Mihai Chirilov, the artistic director.
Dogs was selected in the international competition and it won the 2016 Transilvania Trophy. Corina Șuteu, the minister of Culture offered Bogdan Mirică the award. Both films will have their Romanian premieres this autumn.
Outside the competition, Nae Caranfil`s latest film was screened, 6,9 on the  Richter Scale (in the opening of the festival) and also the latest production of the actoriedefilm.ro - Two Lottery Tickets, directed by Paul Negoescu.
The Last Day, directed by Gabriel Achim (Romanian Days Award for Best Feature Film) and Discordia, directed by Ion Indolean (Romanian Days Award for Best Debut) were included in the feature films competition.
The Romanian Days included many productions of the year, feature films, short films and documentaries. One can say that the days dedicated to the Romanian films almost make a 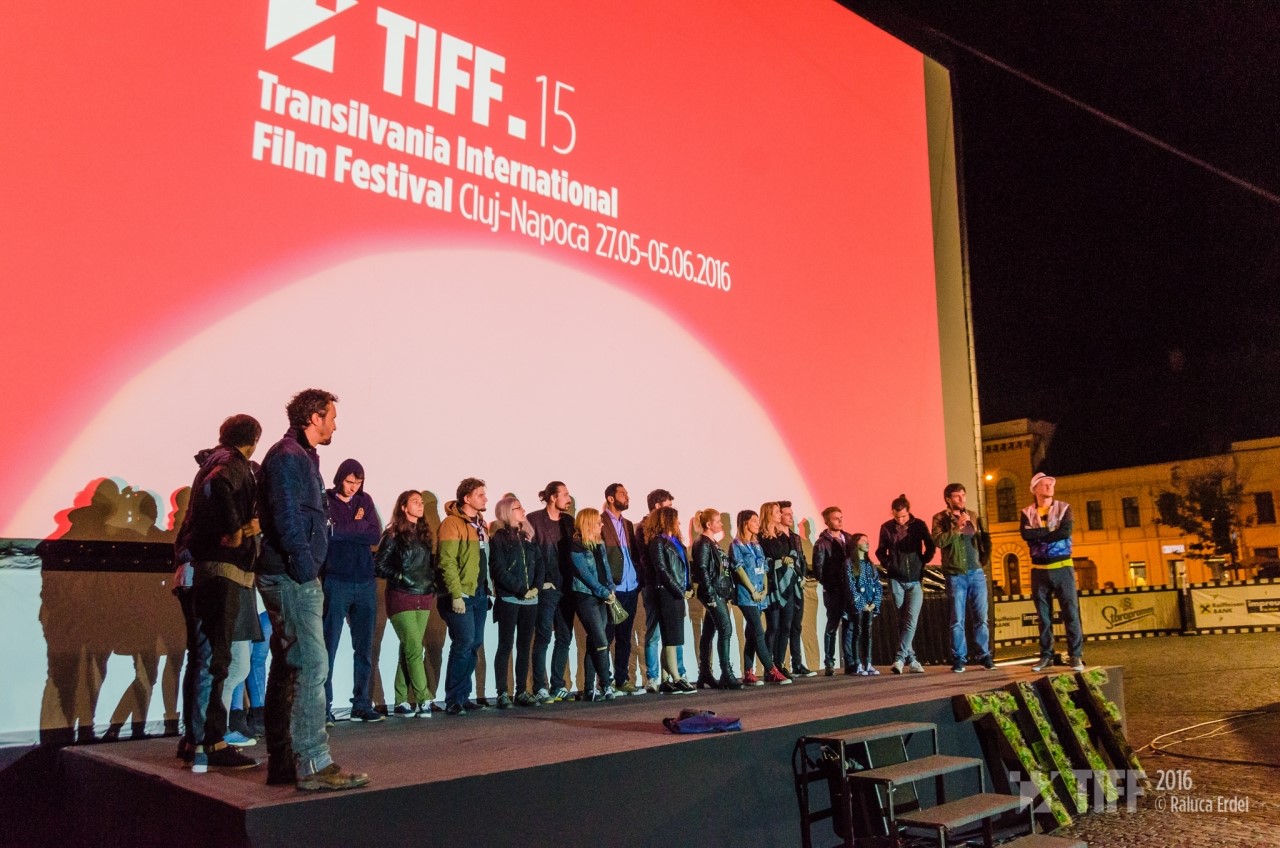 festival in itself: it takes place during three days, it has screenings in and outside the competition, q&a sessions and discussions at the TIFF Lounge.
“We make a short film every year, so that we may bring it to TIFF” the director Andrei Crețulescu and the actors Rodica Lazăr and Dorian Boguță joke about it. This year they brought 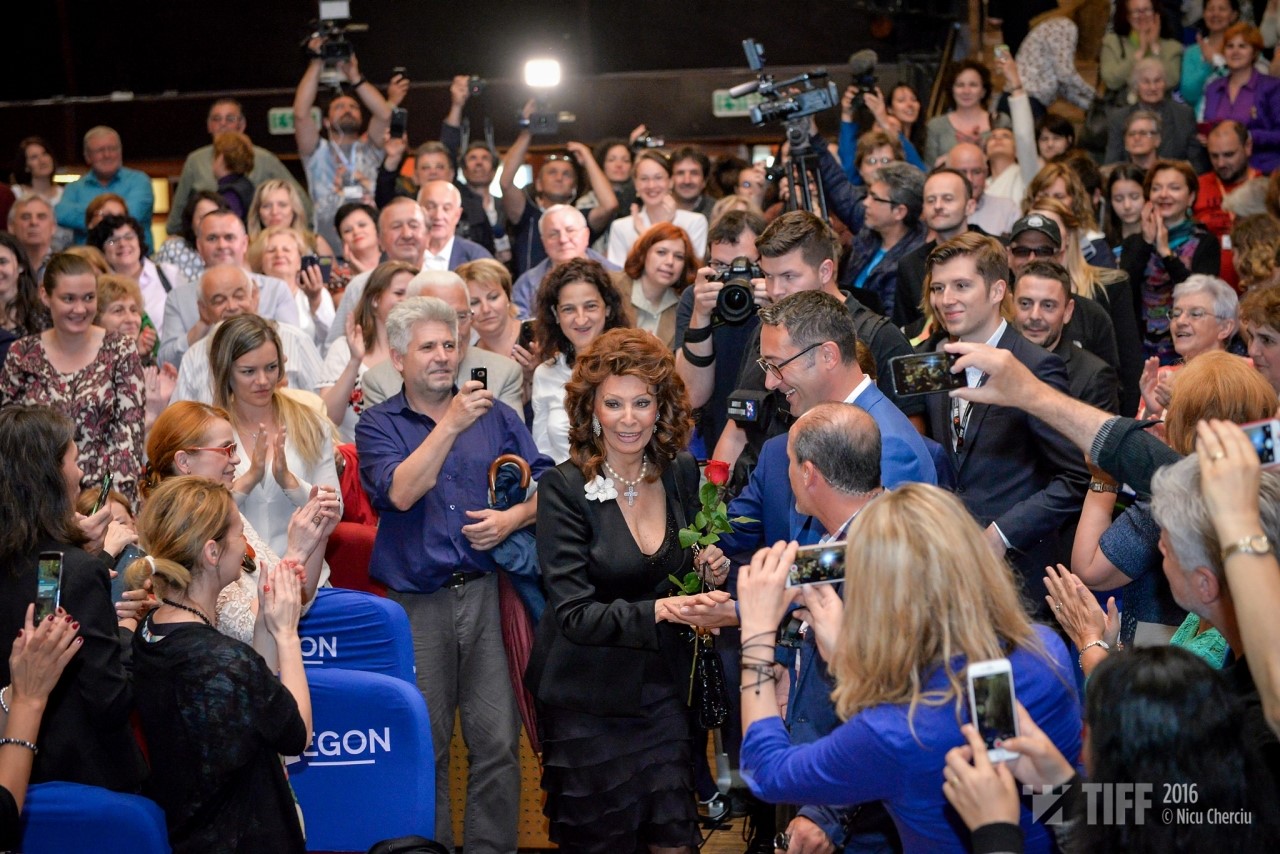 the short film Seven Months Later. Last year, the same team received the award for the Best Short Film for Ramona.
A small surprise for the team of the festival came from Dan Chișu, who made a special screening of his short film Why me?, which was shot right before the festival. Tudor Giurgiu was also involved in this project. He not only celebrated 15 years of festival, but also 10 years from the premiere of his film Love Sick.
After the screening of more short films in the Romanian competition, the teams came to meet the audience. The director Radu Potcoavă came with the actor Dorian Boguță and the producer Claudiu Mitcu for the screening of the short film My Name Is Costin (Special Mention of the Romanian Days Short Film Jury) and the screenwriter Ana Maria Gheorghe represented the crew of the A Night in Tokoriki (Romanian Days Award for Best Short Film). The director, Roxana Stroe attended a festival in the USA with the same film. This is her second TIFF award, after last year she received the similar Romanian Days Award for Best Short Film for Black Friday.
The producer Adina Sădeanu represented the crew of the short film 4,15 PM. The End of the World. The young director Matei Lucaci-Grunberg, who introduced his short film Bones 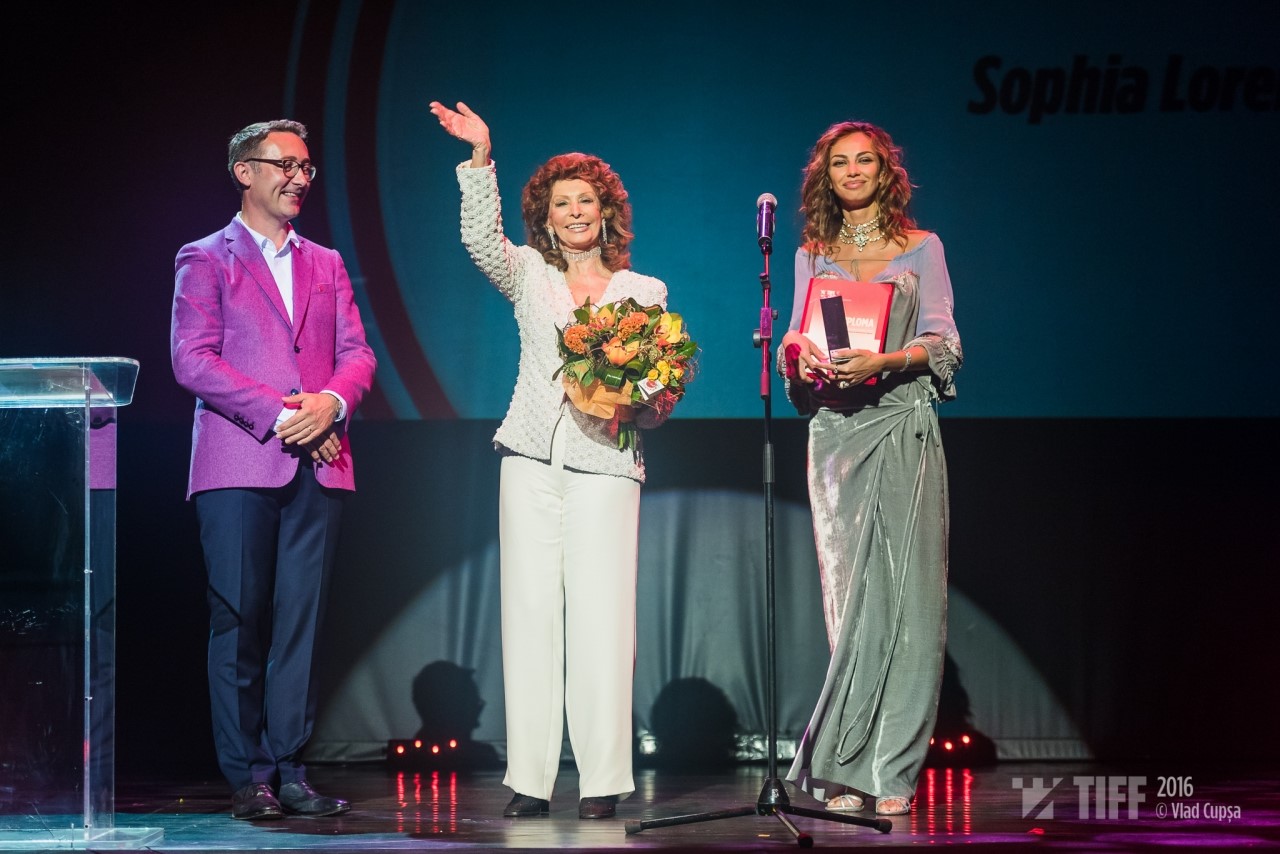 for Otto, knows that being part of TIFF is good for the film and for his career. The director Ruxandra Ghițescu, who brought her project, Ana Is Coming Back is also very interested in the interaction with the audience.
The director and producer Monica Lăzurean-Gorgan  finished her documentary  A Mere Breath, a project made during a few years, which follows the destiny of a family from Copșa 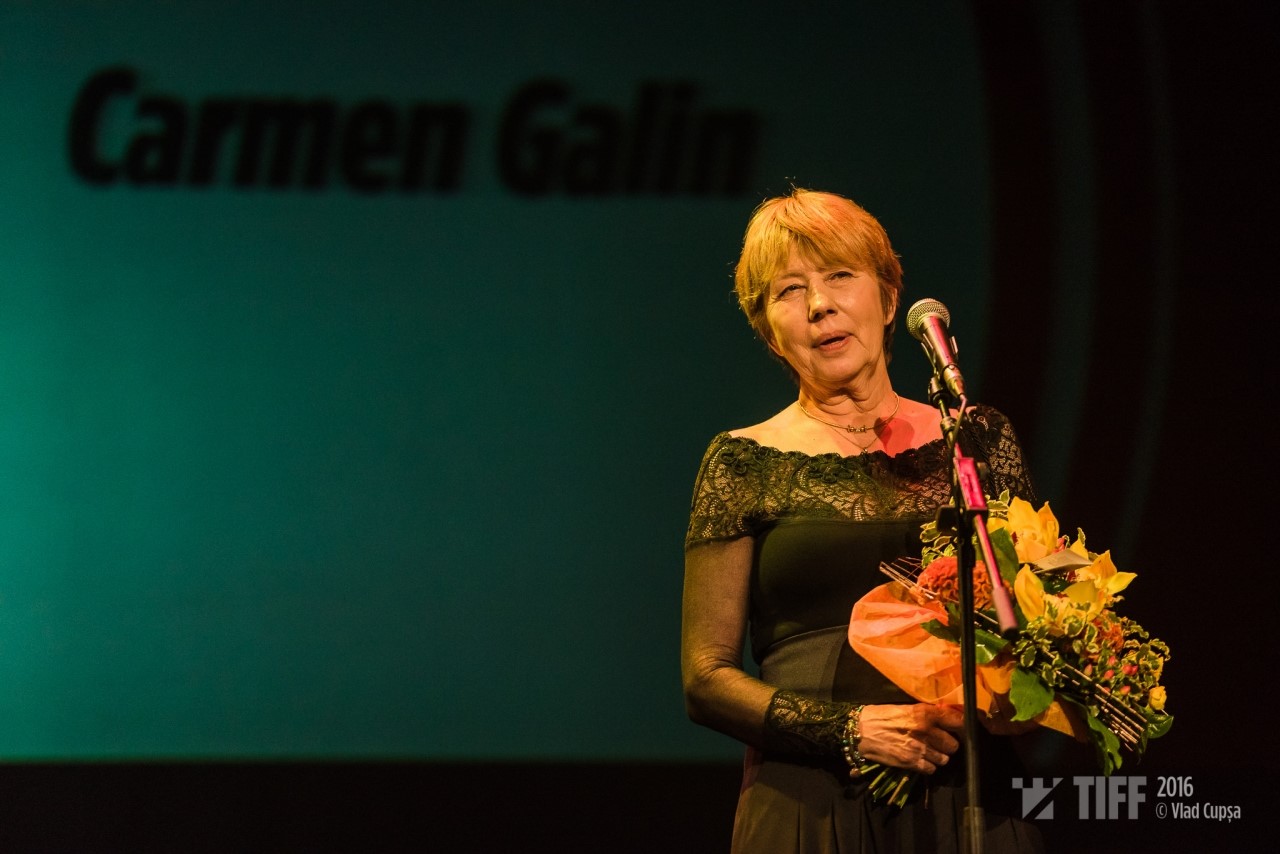 Mică. The screening at TIFF, during the Romanian Days (in the HBO Day) represented its national premiere. Ionuț Teianu, who received awards from UCIN, Astra Festival and Docuart Fest for The Tănase Affair, came from France with a new documentary – In Search of the Lost Father.
Like every year, film books from the TIFF Cinefil collection were launched at the TIFF Lounge. The two books of film reviews, Radu Ilarion Munteanu`s ”În căutarea poveștii bis” and Lucian Maier`s ”Imagini din cinema”, released by the Ardeal School Publishing House in Cluj, were introduced by Vasile Dâncu and Ioan-Pavel Azap.
10 for film is part of the festival tradition already; it is a program which introduces 10 young actors to the audience and also to the filmmakers.
In the EducaTIFF section, masterclasses were held by the filmmakers Marius Panduru, Tudor Lucaciu and Paul Negoescu.
The special guests of the 2016 edition of the TIFF Festival were Sophia Loren, who received the Award for her entire career from Mădălina Ghenea, Carmen Galin and the producer Iain Smith, who received this year`s Excellency Awards. 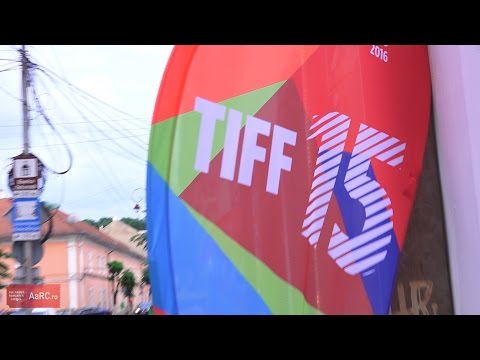