Topics such as religion, Holocaust, vampirism and cannibalism are to be found this year in the “darkest” sections of TIFF, Umbre/Shadows and its thematic bonus entitled Midnight Delirium, dedicated to Latin-American cinema horror. The shorts in Shadows were selected by Mihai Mitrică, and among them are: the sadistic Mother of God, where a young woman is sacrificed as an offering in a ceremony designed to please the Antichrist, Arcana is a film about witchcraft, and the terrifying Blight is a psychological horror about a young priest caller to perform an exorcism act in an isolated village. Sister Hell abounds in sex, violence and attacks against religion, and Disco Inferno, winner of awards at over 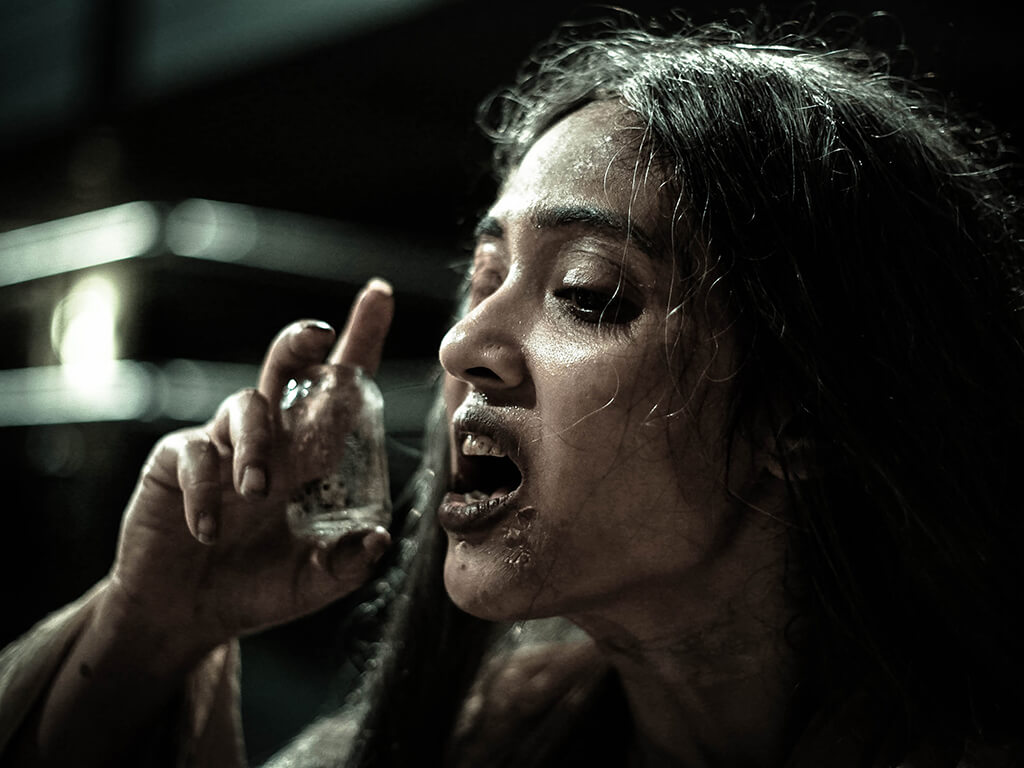 35 de festivals, imagines a hell full of occult symbols and of women dressed in Illuminati outfits. Not to be missed is the animated masterpiece The Mill at Calder’s End, made by special effects master Kevin McTurk, and we will rediscover Dorian Boguță as director in Sfârșit/The End.
Within Shadows-Full-length Features, among the films selected by artistic director Mihai Chirilov, mention should be made of: Blind Sun, a thriller about the loneliness of an immigrant arrived in Greece, during a heat wave, the transgressive Ludo, that reaches new unexplored territories of the horror genre. In his debut film Lace Crater, Harrison Atkins subtly mixes genres, passing from comedy to drama and exploring topics such as isolation and the need of human or even supernatural interaction. Aloys analyses the isolated life of a detective buried in a world built on surveillance cameras' recordings. Couple in a Hole by Tom Geens is the story with

surreal touches of a couple in mourning, and Romanian director Jamil Hendi makes his full-length debut with the independent production Vizitatorul/The Visitor, a horror set in a Bucharest apartment with a dark history, starring Ionuț Grama, Oana-Irina Duțu and Andreea Boșneag.
The Midnight Delirium section, curated by Richard Peña, Professor at Columbia University and former programme director of Film Society of Lincoln Center, brings a top of the line horror films' selection from the Latin-American cinematography. The films will be screened at midnight at TIFF. At Midnight I Will Take Your Soul (directed by Jose Mojica Marins) is a cult Brazilian horror that launched the iconic character Coffin Joe. Vampires in Havana is an animated Cuban film, loved by reviewers, that parodies vampire horrors, and the captivating Cronos (1994) is the debut of the famous Guillermo del Toro, telling an unorthodox story about the enticing desire to achieve immortality.
Details at: Tiff.ro