InspiraTIFF with Mihnea Măruță: Cristi Puiu, about the pandemic, family and films

A series of interviews gathered under the umbrella of InspiraTIFF, a new project of the Transilvania International Film Festival team, will unfold every week on the TIFF Unlimited streaming platform, starting with May 25. The first guest of the 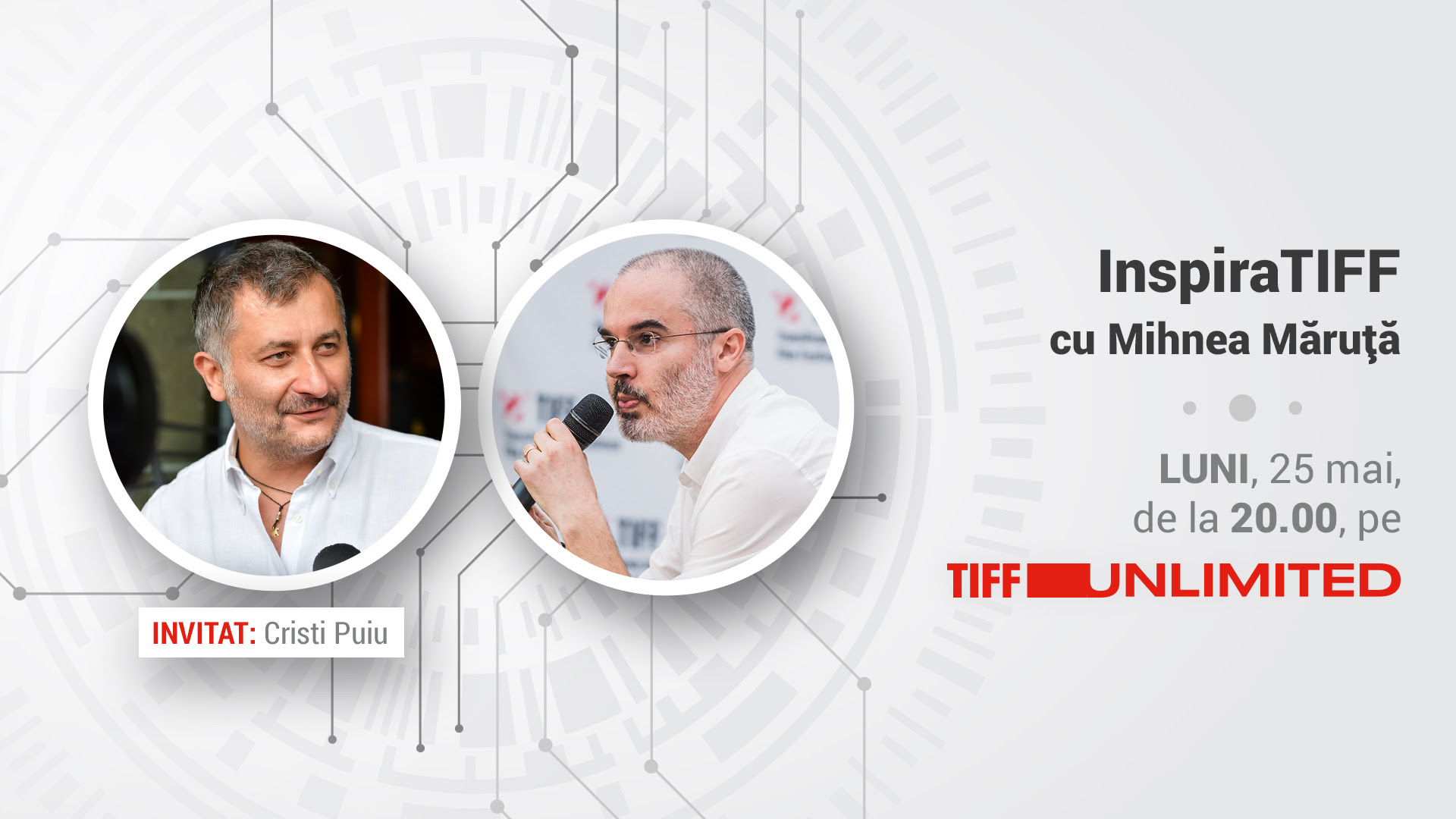 journalist Mihnea Măruță is the film director Cristi Puiu, one of the most appreciated TIFF guests, who has been present in Cluj with all his films for the past 20 years.
In the week when TIFF should have opened its 19th edition, the filmmaker will speak about his feelings and reflections during these times of uncertainties, and about the cultivation of fear during the pandemic, about the fear that what happens now might open the way to some authoritarian regimes, about the “decreței” generation running away from the politics, about family and about his new feature film, Malmkrog, awarded in Berlin.
The interview can be watched for free on unlimited.tiff.ro, from all over the world, on Monday, May 25, starting with 20:00. The dialogue will be available in advance for the platform subscribers.
Details: TIFF
(22.05.2020)