One of the most anticipated Romanian films of the year, Malmkrog, directed by Cristi Puiu, will have the preview screening in Bucharest on September 18, 2020 at the White Night of the Romanian Film. 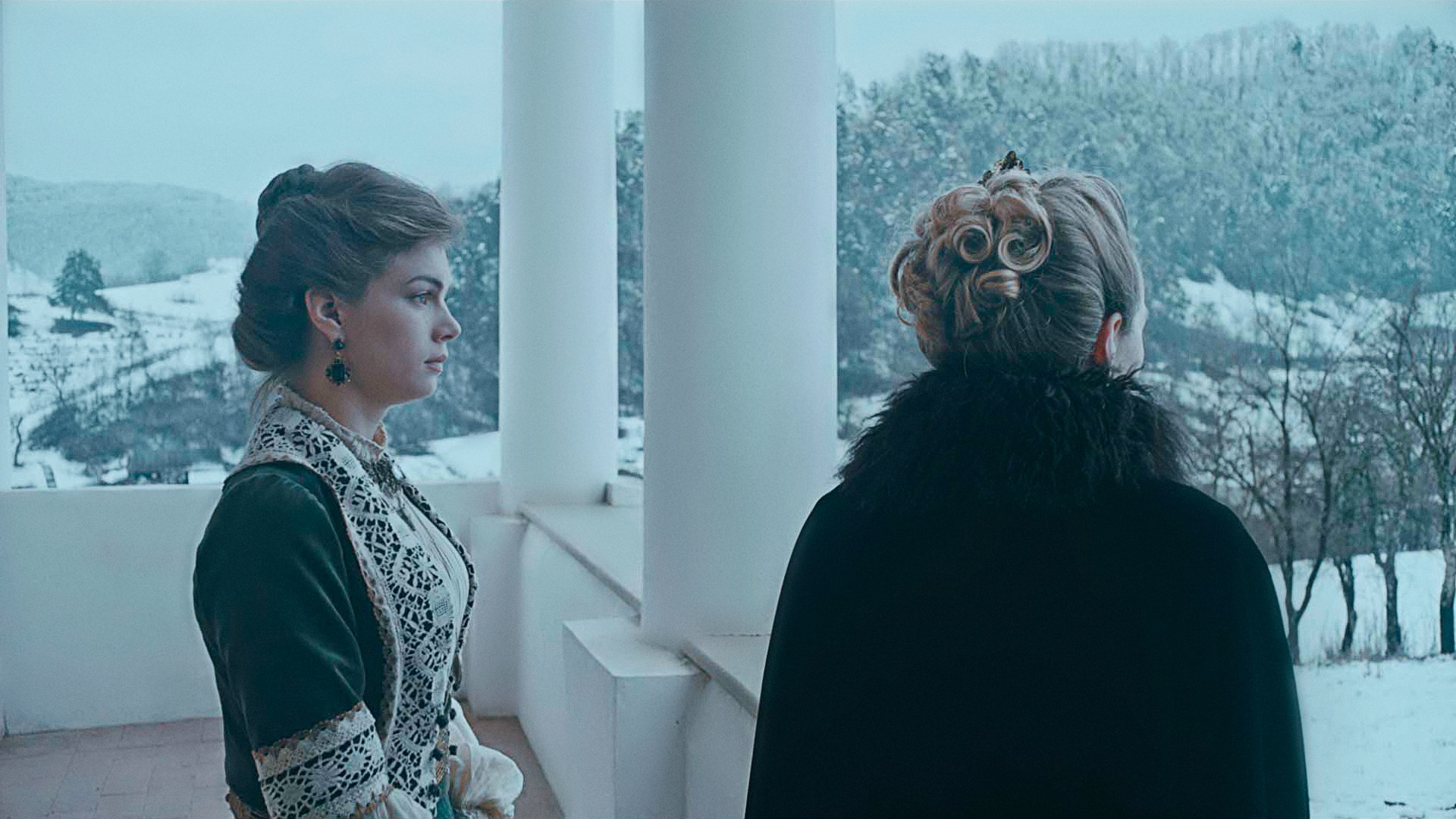 The Romanian film marathon will take place at “Cinema sub clar de luna” – Calea Victoriei 192A, Elvire Popescu Cinema (inside and open-air), the Peasant Museum Cinema – Open Air, TNB Amphitheatre, Union Cinematheque, Hollywood Multiplex, Happy Cinema – Liberty Mall, Apollo 111 Theatre, J`ai Bistrot, Goethe Institut- Pavilion 32, Galateca. In Cluj the screenings will take place at the Victoria Cinema.
The tickets will soon be on sale on Eventbook.ro.Galateca. În Cluj, proiecțiile vor avea loc la Cinema Victoria.
Based on the philosophical writings of the author Vladimir Soloviov (Trois entretiens") and shot over 40 days in a mansion in the Mălâncrav village (Sibiu county), Malmkrog is placed at the beginning of the 20 th century. The landlord Nikolai and his guests discuss about religion, morality and war and while the conversations heat up, they end up entangled in their own speeches. “A monumental work”, as the French critic describes it, Malmkrog won the Best Director Award of the Encounters competition at Berlinale.
The documentaries will represent an important part in the White Night of the Romanian Film programme, with previews such as Wood / Lemn, an "ecological
thriller”, an investigation about the illegal logging commerce chain, directed by Monica Lăzurean-Gorgan, Michaela Kirst, Ebba Sinzinger,  30 Years and 15 Minutes/ 30  de ani și 15 minute, the protest-film directed by Ștefan Mandachi, the entrepreneur who launched the campaign #șîeu, Bucharest Delta / Delta Bucureștiului (directed by Eva Pervolovici), about the history of the urban delta in the middle of the capital, after the monastery that was here had been demolished by the Ceaușescu regime.
House of Dolls / Casa cu păpuși (d. Tudor Platon) is a captivating and funny invitation into a special universe: the annual vacation of a group of women in their 70s, while Everything Will not Be Fine / Totul nu va fi bine (d. Adrian Pîrvu, Helena Maksyom), which received the FIPRESCI Prize at TIFF 2020, is a film that follows a director born in 1986 who goes to Ukraine in search of the victims of the Chernobyl disaster. The already announced titles add to these films.
The viewers will also have the chance to watch Dan Chișu`s latest film, 5 minutes / 5 minute, inspired by a real event, of the intervention of the Gendarmerie after an extremist group interrupted the screening of a film with a LGBT theme in Bucharest. The Union Cinematheque will also host the screening of the restored versions of two cult films: Black Buffalo Water / Apa ca un bivol negru, a documentary made during the floods that took place in 1970 by Andrei Cătălin Băleanu, Petre Bokor, Iosif Demian, Stere Gulea, Roxana Pană, Dan Piţa, Dinu Tănase and Mircea Veroiu;  it was considered the manifest-film of an entire generation of Romanian directors, and The Oak / Balanța by Lucian Pintilie.
Details: TIFF
(11.09.2020)