40 films at the White Night of the Romanian Films


On 16 September, Bucharest will view Romanian films. Over one single night, at 10 venues – theatres, parks or non-conventional locations, the viewers will have the opportunity to see no less than 40 fiction and documentaries, feature films and shorts, as special screenings or preview screenings. Admission will be free of charge. 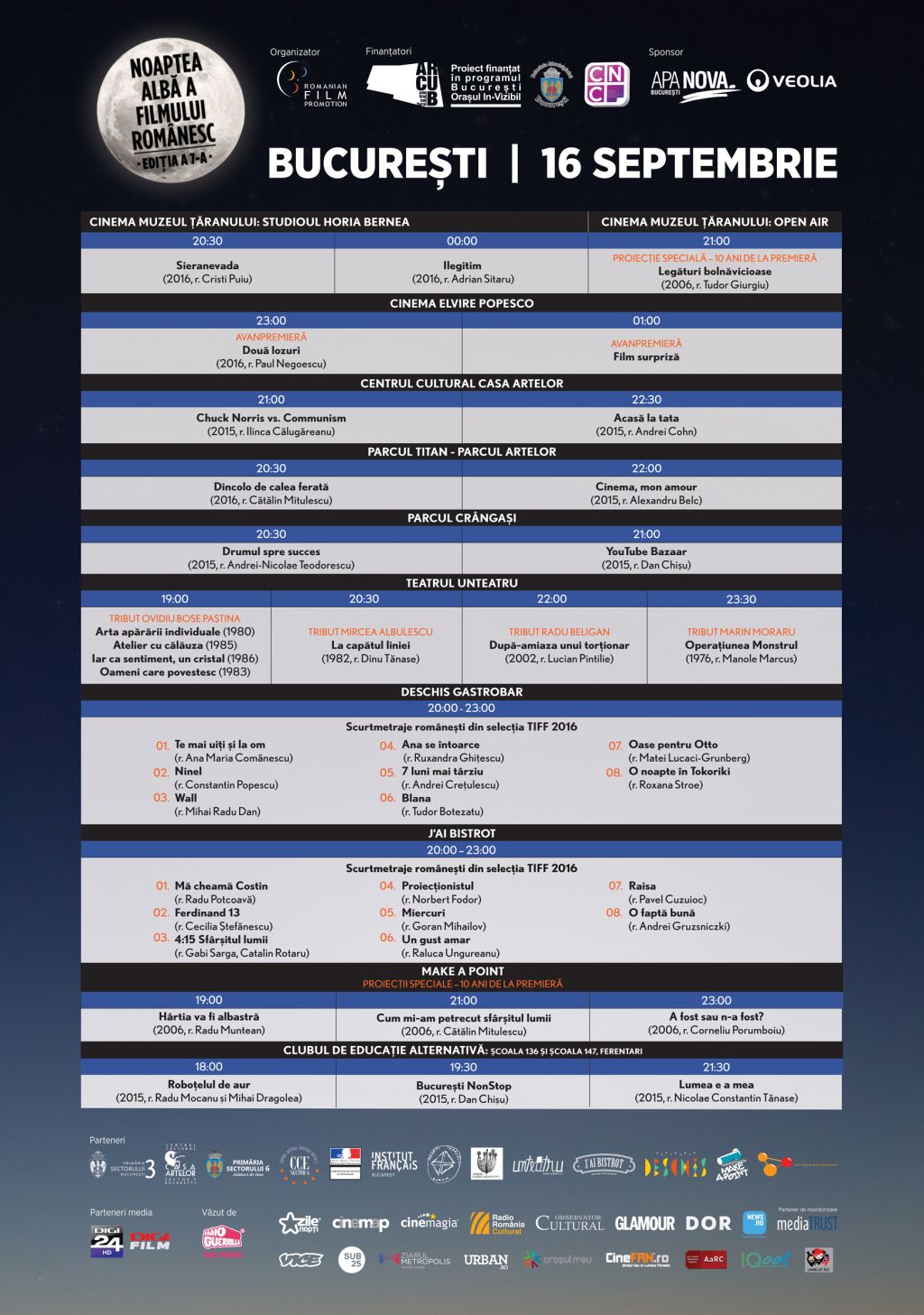 For the first time, the project will span over several neighbourhoods, including Ferentari, at the Alternative Education Centre (CEA), an open space set up by the Policy Center for Roma and Minorities Foundation for children in risk situation living in ghetto areas of Ferentari. The Club is open all year long, and its daily activities are attended by around 300 children. The screenings will be held at School 136 and School 147 of Ferentari. Here, the viewers will see familiar stories, like the one depicted in Roboțelul de aur/Golden Robot (directed by Mihai Dragolea, Radu Mocanu), a touching documentary about Steluța Duță, 32-year old boxing fighter, multiple champion, who is preparing for her last championship with the hope it will bring her something she has never had: a house.
Other two documentaries about the world of the outskirts of the town will be screened in Parcul Crângași: The Road to Success (directed by Andrei Teodorescu), released together with the album having the same title by singer Grasu XXL, and Youtube Bazaar (directed by Dan Chișu), the surprising story of vlogger Bahoi. The programme's five documentaries also includes Cinema, mon amour (directed by Alexandru Belc), about the fight of a man to keep alive the theatre house he is managing, and Chuck Norris vs. Communism (directed by Ilinca Călugăreanu), a captivating history of the video cassettes doubled in Romanian by Irina Margareta Nistor, that were clandestinely circulated before 1989.
The marathon comprises fiction films such as Sieranaveda (directed by Cristi Puiu), the Romanian proposal to the Oscar for Best Foreign Language Film, Două lozuri/Two Lottery Tickets (directed 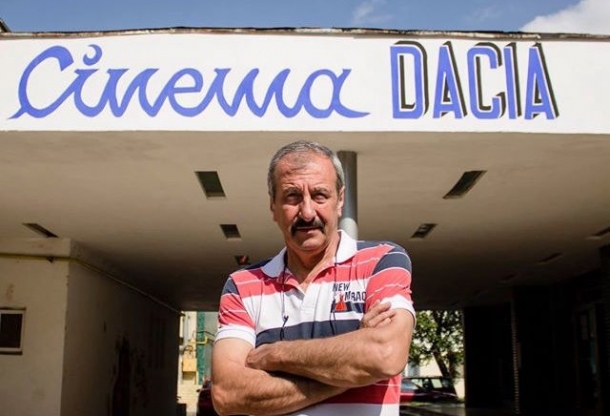 by Paul Negoescu), a comedy starring Dragoș Bucur, Alexandru Papadopol and Dorian Boguță a preview screening, the film being released on 7 October, Ilegitim/Illegitimate (directed by Adrian Sitar), Dincolo de calea ferată/By the Rails (directed by Cătălin Mitulescu), Acasă la tata/Back Home (directed by Andrei Cohn), București NonStop (directed by Dan Chișu) or Lumea e a mea/The World is Mine (directed by Nicolae Constantin Tănase). In a preview screening, at Cinema Elvire Popesco, from 1.00, a surprise-film will be presented, one of the most awaited-for this fall.
16 shorts of the TIFF selection can be enjoyed at J’ai Bistrot and Deschis Gastrobar. Unteatru Theatre will host a programme of shorts by Ovidiu Bose Paștina, commemorated at 10 years since his passing, and also tribute screenings in memoriam Radu Beligan, Marin Moraru and Mircea Albulescu.
Those who want to get (re)acquainted with the beginnings of the New Romanian Cinema will be offered a programme of four features released a decade ago, in the section 10 years since premiere, at Make a Point and the Romanian Farmers' Museum.
Admission will be free of charge to all screenings.
Details on: www.facebook.com/NoapteaAlba // www.romfilmpromotion.ro