Divan Film Festival (The Divan of Film and Culinary Art Tasters), an event dedicated to Balkan film and cuisine, will be held this year between 20–28 August in Craiova and in Port Cultural Cetate (Cetate Cultural Port) of Dolj County. 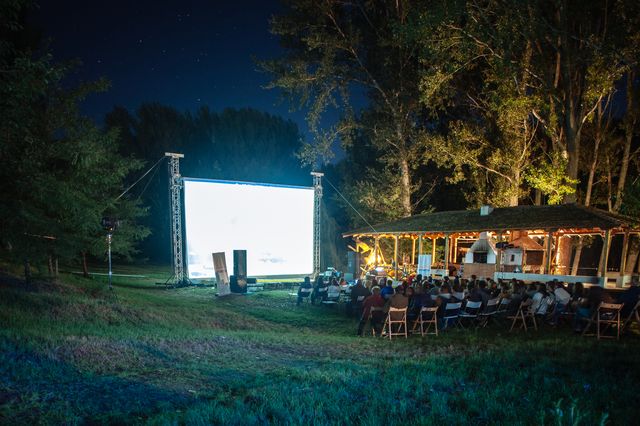 In Craiova, the screenings will be held outdoors, in the Old Town, on Saturday and Sunday, 20-21 August, and afterwards the Festival will relocate on the Danube's bank, in the picturesque Port Cultural Cetate. As in every year, concerts and cookery demonstrations will also take place.
“Urban Balkan Stories”, the theme of this Edition, gathers under the same umbrella 30 films – feature-length, shorts and documentaries – and a symposium.
“Although Balkan countries seemed condemned to ruralism, Agatha Christie sand Graham Greene were fascinated by the landscape and the human characters populating the Orient Express, on route to Paris, from Istanbul through Bucharest and Belgrade. Lately, the works by Theo Angelopoulos and Nuri Bilge Ceylan offered images of Greece and Istanbul different from the mainstream tourism ones. On the same note, the films of the New Romanian Wave offered a view of a non-beautified Bucharest. Therefore, there has always been a Balkan cityscape, more or less picturesque, loaded with tension and personality,” Marian Țuțui, artistic director of Divan Film Festival, stated.
Among the films illustrating this year's theme, there are two savoury comedies, winner of several awards and true box-office hits at their time: Bal-Kan-Kan (2005, directed by Darko Mitrevski, Macedonia-Italia-Great Britain) and The Parade (2011, directed by Srdjan Dragojević, Serbia-Slovenia-Croatia-Macedonia-France-Great Britain).
During the Festival, camping on the Port's territory will be free of charge, within the limit of available space. To apply, go to the Festival's Facebook page.
Divan Film Festival is an annual event, organised by the „Mircea Dinescu" Foundation for Poetry in cooperation with the Town Hall of Craiova Municipality and with the County Council of Dolj, with the support of CNC and ICR.
Details on: Facebook