”HousingStories”,a webdoc made by The Vira Association 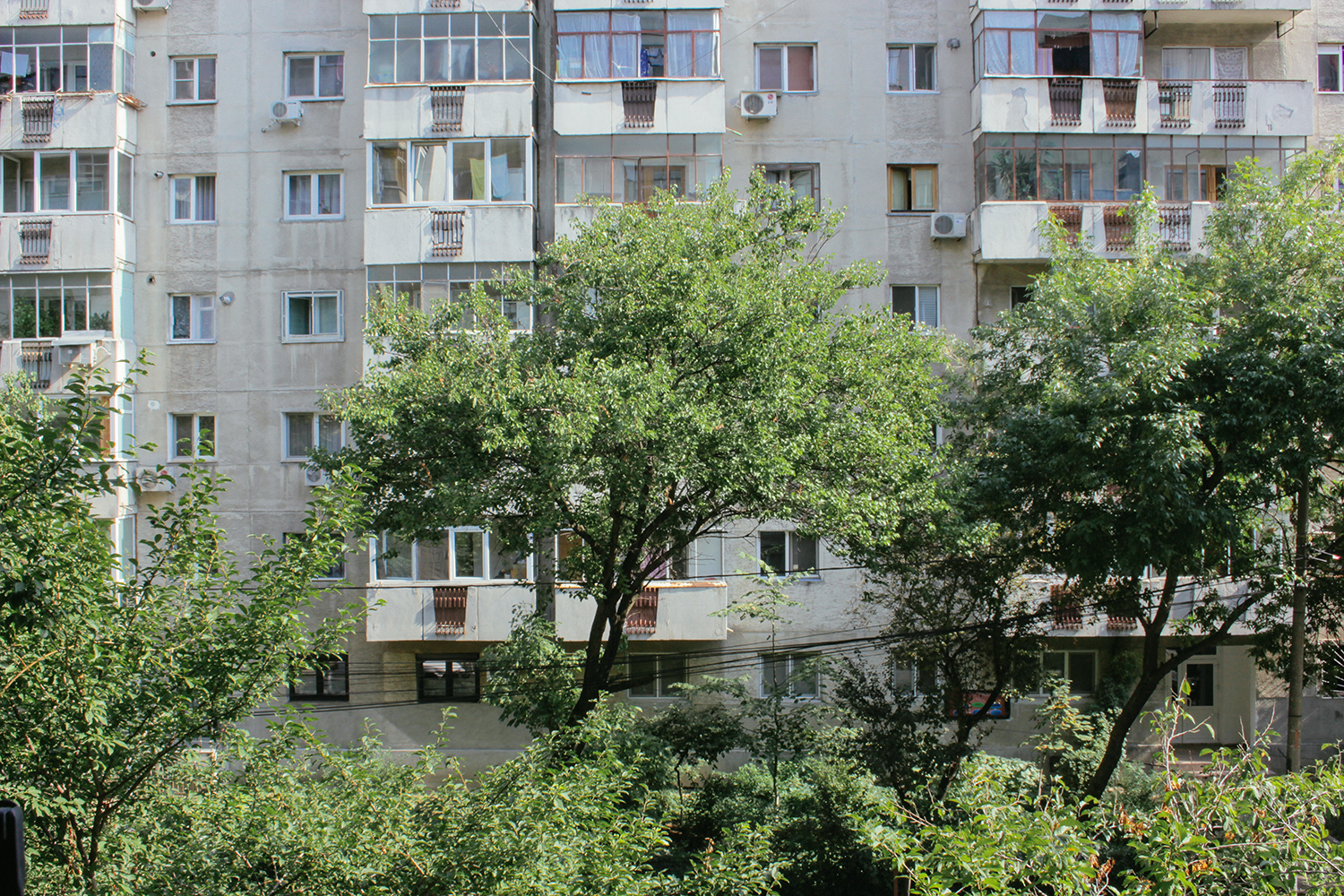 In partnership with the Association called Movement for Action and European Initiative (MAIE) and with the Romanian Farmer's Museum (RFM/MNŢR), ViraAssociation has proposed a new project– Living Houses. Cultural diversity of residential spaces in Bucharest and on its outskirts.The series of documentaries deals with housing issues and is part of an interactive platform – a webdoc. The project is funded through the SEE 2009-2014 Grants, within the Programme PA17/RO 13 Promotion of Diversity in Culture and Arts within European Cultural Heritage, such grants being offered by Norway, Island, Liechtenstein and by the Romanian Government.
The 7th series of the webdoc is coordinated by Andrei Crăciun and produced by Bogdan Palici, directed by Matei Budeș, Ileana Szasz, Vlad Trandafir and is based on sociological research made by Natalia Negru (coordinator), Andra Mitia Dumitru, Cristina Boboc, Oana Cristiana Oftode, Vlad Cătună, Maria Mateoniu, Ciprian Voicilă, Carmen Mihalache, Bogdan Iancu, Cosmin Manolache. The research work has also included the support of filmmakers, sociologists and architects.
The first two episodes, directed by Matei Budeș, were recently released and focus on 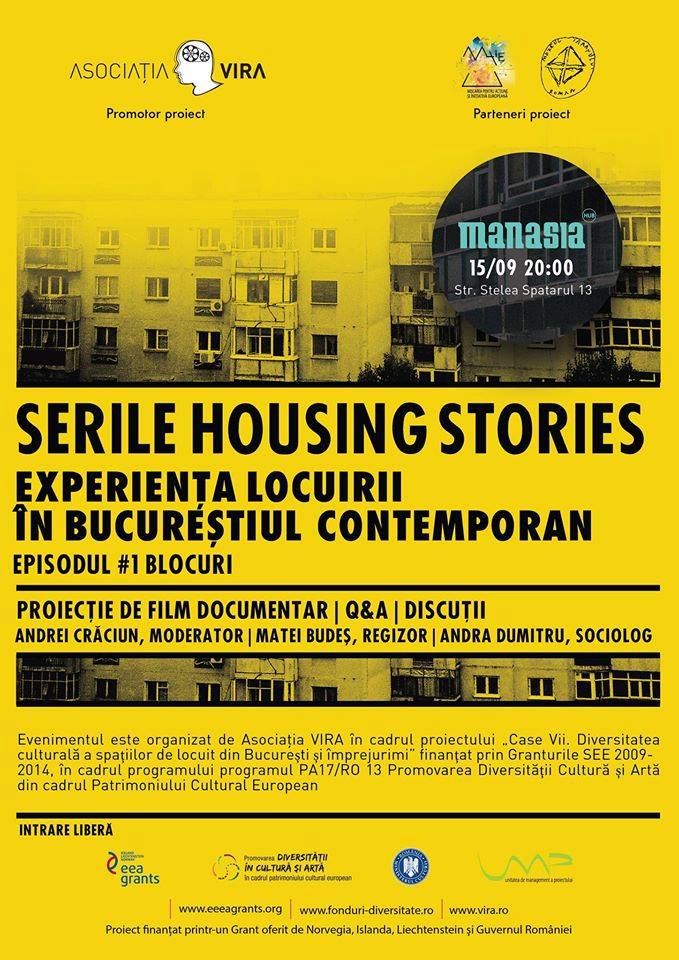 living in ”communist blocks of flats” built in ”ghetto areas”. Each theme is highlighted by the stories told by the houses' inhabitants, and by the spirit of the place. The people interviewed have a good sense of humour, are spontaneous and talk openly about themselves and about their life in those particular spaces. The shootings were made by Marius Beșu, Matei Budeș and Vlad Trandafir, with respect for each person's privacy, with understanding and with a bit of poetry.The filmmaker goes beyond the actual facts of housing and enters the life stories of the houses' inhabitants. Each episode has three characters, representative for the topic, but sufficiently interesting to build a story. The music was composed by Flora Pop, and the editing was done by Alexandru Radu and by Alexandra Diaconu, who learned to do this work at the Vira Workshopsfor high school students. It should be mentioned that Vira Association included in this project educational programs for high school students.
The director of the first two episodes, Matei Budeș, took part to the post-screening talks, together with Andra Dumitru and Vlad Cătună. The episode ”Living in ghetto areas” was made with the support of the Policy Centre for Roma and Minorities.
All episodes of the series can be seen, as they are released, on housingstories.ro, together with the research material and the photo gallery made by Bogdan Cătălin Cazacioc.
The second episode, Living Houses / Housing Stories, was included in the circuit ”Houses' Night” of September 26th.
The entireprojectis to be screened at the Astra Film Festival Sibiu and at the UrbanEye Festival.
Detalii: vira.ro / housingstories.ro / facebook Imagine: Dan Țuculescu 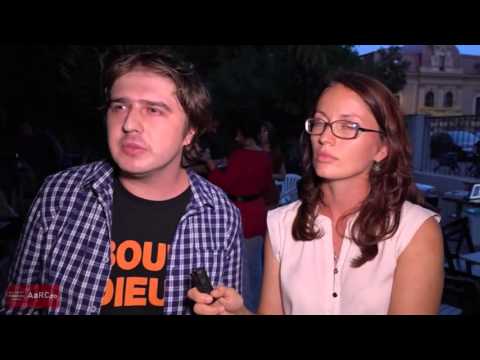