The Aristoteles documentary workshop celebrated its 10th anniversary at the 2015  Astra Film Festival. Its founder, the actor and producer Dan Nuțu moderated a discussion with the workshop trainers, among which, Andre de Margerie, the film director Nino Kirtadze, the film director Tania Rakhmannova, Thierry Garrel ((Head of the documentary programme unit at ARTE France until 2008) and John Appel. Each of them spoke about how they approached their being a trainer within the workshop, about their collaboration with the Romanian or foreign participants and about what they learned from interacting with the young documentary filmmakers.
Some of the participants from the last years` Aristeteles Workshop were present at the event - Alina Manolache, Gabi Basalici, Răzvan Ilinca, Corina Radu, Dan Curean, Cătălin Mușat, Iulia Matei, Norbert Fodor. In the audience we spotted also the film director Cristi Puiu, who was a member of the Aristoteles jury.
Imagine: Dan Țuculescu 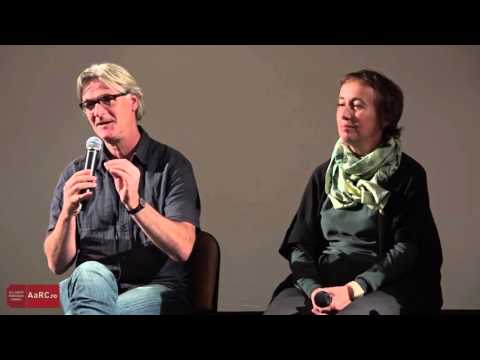