Agora Nomadă/Nomad Agora means a series of events intending to activate temporarily certain public spaces from Bucharest neighbourhoods through pop-up events. The residents of the neighbourhoods are invited to take part during the day to various activities bring into focus a specific neighbourhood and the way people may get involved into its evolution. 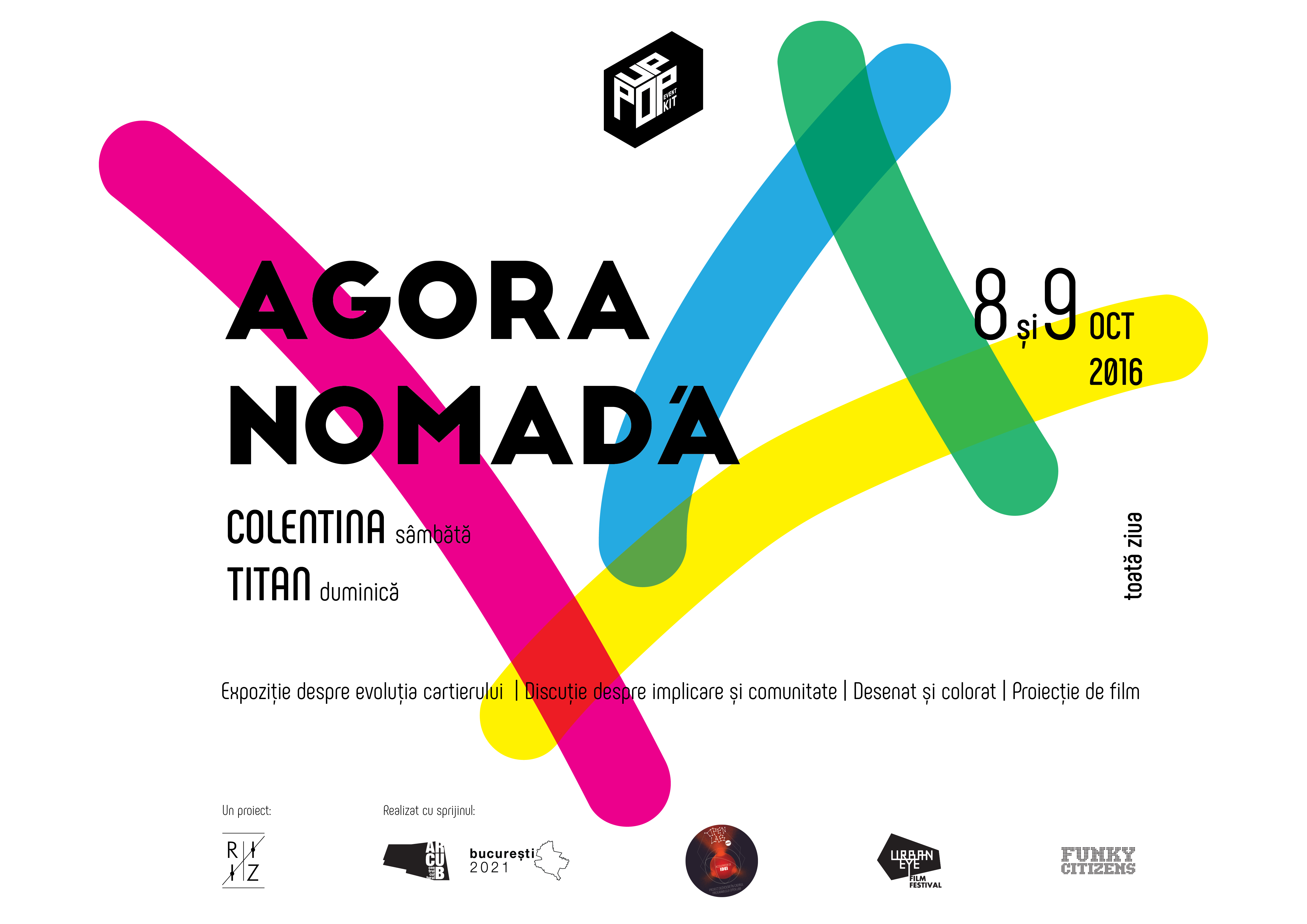 Agora is arranged using Pop-up Event Kit, a system allowing for the fast conversion of any urban space into the host of an event.
On 8 and 9 October, Agora Nomadă is to reach Colentina (Plumbuita Park) and Titan (main subway station entrance) with an exhibition about the neighbourhood evolution, a painting workshop for children, an open discussion about the power of the community, and a film screening about towns.
During both days, starting at 12:00, Pop-up Event Kit will open on the public space with the exhibition on the story of each neighbourhood, created by RIZI design studio.
After 16:30, children are invited to paint and add colour to their neighbourhood. From 17:00, Funky Citizens Association will kick off the talk with the residents about how they can actively take part to the decisions influencing their life environment, and architects Alina Rizescu and Mihnea Simiraș will present sample projects made with the help of the communities.
The evenings will end with the screenings by UrbanEye Film Festival, which are to start at 19:00. On Saturday, in Colentina, the documentary The Human Scale (Denmark, 2013, 86 min) will be screened, following the development of world cities, from New York to Chongqing, and the human's place in this evolution. On Sunday, in Titan, the documentary After the Factory (USA, 2012, 45 min) will talk about the rebirth through creativity of two big industrial cities of the world: Detroit, USA and Lodz, Poland.
The project was financed by ARCUB through the Acceleratorului de Idei (Ideas' Accelerator) – Open Lab, within the strategy Bucuresti 2021.
Details on: Facebook