Uppercase Print / Tipografic Majuscul, directed by Radu Jude, will have the international premiere at the International Film Festival in Berlin, on February 22, 2020. 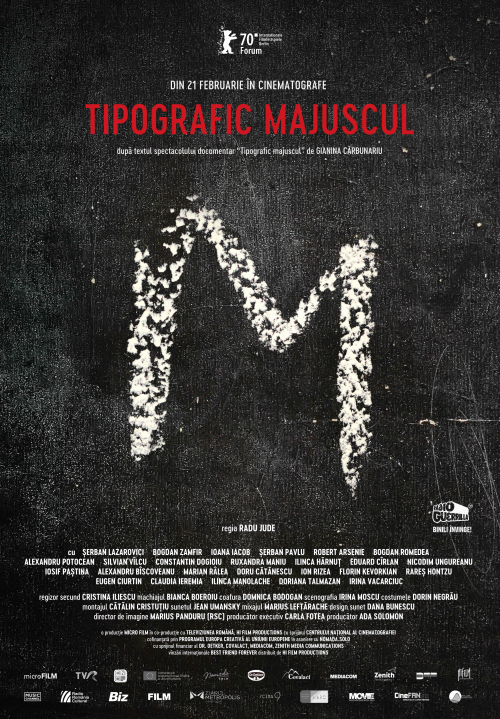 The 70th Berlinale edition will take place from February 20 februarie to March 1st , 2020.
Radu Jude`s film included in the Forum competition section will also be screenes on February 24 and 29 and on March 1st.
In the Forum section the Romanian director is present with another film, as well –  The Exit of the Trains / Ieșirea trenurilor din gară, made in collaboration with the historian Adrian Cioflâncă. Radu Jude will also participate in the Berlinale Co-Production Market, one of the most important markets for film projects, which brings together producers, sales agents, distributors and financers from all over the world, with the feature film project Sleepwalkers / Somnambulii.
Uppercase Print, a film adaptation of the homonymous documentary theatre performance signed by Gianina Cărbunariu, will have the Romanian premiere on February 21, 2020.
By means of the editing technique, the film connects two stories and two histories. One is the real story of the teenager Mugur Călinescu who, in 1981, wrote with a piece of chalk on the walls texts against Nicolae Ceaușescu`s dictatorship. His story is told just the way Gianina Cărbunariu recomposed from his Security file. The second one is the official story that Romania saw and heard: footage from the National Television archives, from the same period of time.
Radu Jude`s seventh feature film features the actors Șerban Lazarovici, Bogdan Zamfir, Ioana Iacob, Șerban Pavlu, Robert Arsenie, Bogdan Romedea, Alexandru Bîscoveanu, Alexandru 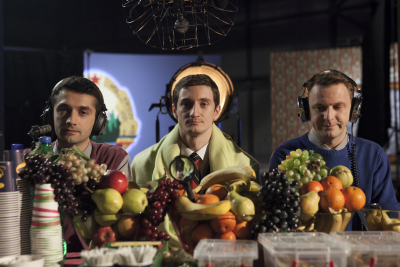