“Scarred Hearts” – a serious candidate for the Golden Leopard


The feature film Scarred Hearts, screened in the official competition of the Locarno International Film Festival (3-13 August 2016), has been spoiled by the international critics present at the prestigious event in Switzerland. 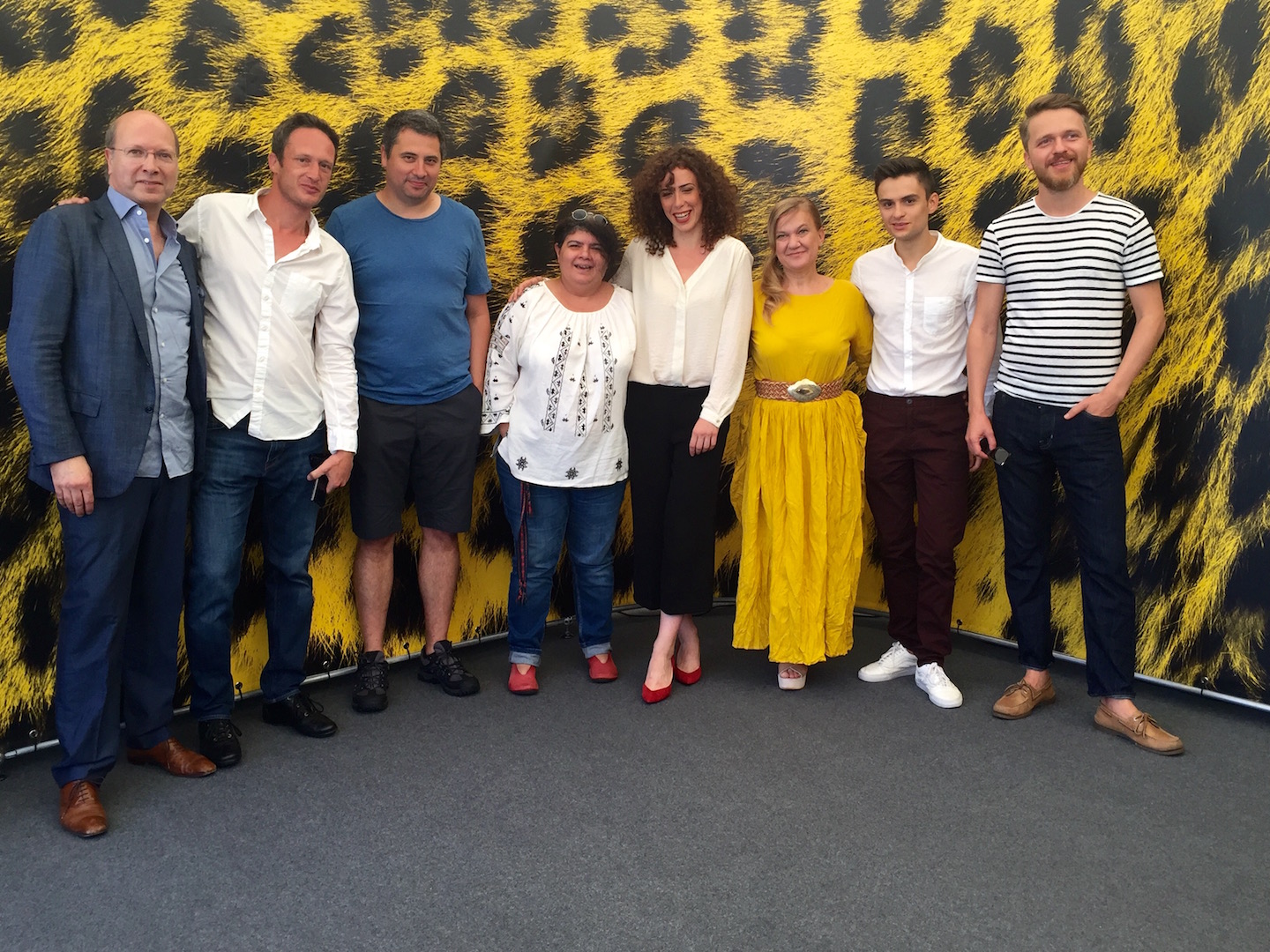 Screen International headlined: “Aferim! director, Radu Jude, opens a window onto a very different period in Romania’s past in Scarred Hearts, a fastidious, rigorously unsentimental adaptation of the autobiographical novel by Max Blecher. The story of a young man’s thoughts and feelings in the shadows of death wrestles with major philosophical issues about the meaning and purpose of human existence.” “Precisely nuanced and unashamedly intellectual, Scarred Hearts has emotional undercurrents that should make it slightly more accessible than Aferim!. Critical support could help to position it as serious, substantial arthouse fare and to further consolidate Jude’s reputation as a distinctive voice in current Romanian cinema,” the famous publication added. “Radu has a fondness for static shots in which events unfold within the camera. There is a dispassionate, observant quality to his direction but enough humour and emotion in the story to warm the film. When Lucian in his plaster cast finally makes love to Solange in her leg brace, their contortions are like a scene from Cronenberg’s adaptation of Crash. The sense throughout of bodies in decay and failing their owners might have made Scarred Hearts a great choice for a Cronenberg film,” wrote Allan Hunter for Screen International.
The French daily Liberation concluded: “The feature Scarred Hearts functions as a “machine reassembling the parts of a life”. First of all, there is the town of the sick man who must be sent away, in order to avoid contagion. Finally, there is the bed were Emanuel will be ridden in a plaster cast. Between these three places, all the space reducing or dilating games become possible: the sanatorium and its colours, the stretchers and the beds, the pier and the beach, the town and the railway. But, very quickly, the sick man's bed becomes the centre of the world and the centre of the film. Radu Jude speaks first of all about loneliness. Emanuel's brilliant spirit, impregnated by poetry, culture and humour, cannot fool anyone”, Liberation concluded.
Cineuropa.org wrote: “Lucian Teodor Rus is very convincing as Emanuel, and the young actor has a powerful partner in Ivana Mladenovic, who plays Solange, a former patient of the sanatorium who was lucky enough to get back complete mobility after years of suffering. It is easy to suppose that for Emanuel she is more than an attractive, modern, intelligent young woman. She is also a symbol of hope, the proof that terrible pain and months and years spent in a horizontal, unnatural position can have a positive effect. The contrast between the painful 'now’ and the happy 'later’ lies at the core of Jude’s film.”
The action of Scarred Hearts is set in 1937, when Emanuel, a twenty year-old man suffering from bone tuberculosis checks into a sanatorium on the seaside.
The cast stars the actors: Lucian Teodor Rus, Ivana Mladenovic, Ilinca Hărnuț, Șerban Pavlu, Marian Olteanu, Alexandru Dabija, Dana Voicu, Fernando Klabin, Adina Cristescu.
Scarred Hearts is a production of Hi Film, in co-production with Komplizen Film (Germany), in association with BORD CADRE FILMS (Switzerland), developed within Cinemart, Sofia Meetings.
The screenplay and direction are signed by Radu Jude, director of photography was Marius Panduru RSC, the editing was made by Cătălin Cristuțiu, the sound designer was Dana Bunescu, the soundtrack was composed by Jűrg Lempen, and the editing by Cristinel Șirli. Dana Păpăruz created the costumes, Bianca Boeroiu did the make-up, Domnica Bodogan was the hairstylist, and the scenography was made by Cristian Niculescu. Producer Ada Solomon, co-producers Jonas Dornbach, Janine Jackowski, Maren Ade, associated producers Jamal Zeinal Zade, Dan Wechsler.
The feature was made with the support of the National Filmmaking Centre, the Cinema Creation Studio within the Ministry of Culture, the MEDIA PROGRAMME – Creative Europa and EURIMAGES.
Project supported by: CINEMA CITY, AdePlast SA, COVALACT, Henkel Romania,  Audi România, Havas, METRO Cash & Carry România, ING Bank România, ZENITH ROMANIA, Farmacia DONA, Libra Internet Bank, CLINICA MEDICALĂ HIPOCRAT 2000 and HBO Europe.
Scarred Hearts was internationally premiered later last week in Locarno. The closing gala will be held on 13 August, from 21:00, local hour, in Piazza Grande and will be broadcast live on the Festival's official site.
Details on: facebook