Eight years ago, a student project was brought to life, the “Romanian Film Evenings”, organized more with enthusiasm than with money, in order to point our particularly to the local authorities that an important cultural centre, the city of Iași, has no cinema theatre. In the meantime, the things developped into a true festival. This year`s fourth edition is dedicated to a Romanian filmmaker.
After Mircea Daneliuc, George Mihăiță, Mircea Diaconu, this year is dedicated to Cristian Mungiu, who started as a young journalist in Iași. The Retrospective that is dedicated to him includes a few screenings that will be attended by some the actors that were in those films. A special event will be held at the Iași Athenaeum on the 10th of May, when the “Romanian Film Nights” will kick off with  4 Months, 3 Weeks and 2 Days / 4 luni, 3 săptămâni și 2 zile, for which Mungiu received the 2007 Palme d`Or in Cannes, 10 years ago. The director will be accompanied by his actors Anamaria Marinca, Laura Vasiliu, Vlad Ivanov.
All the details of this 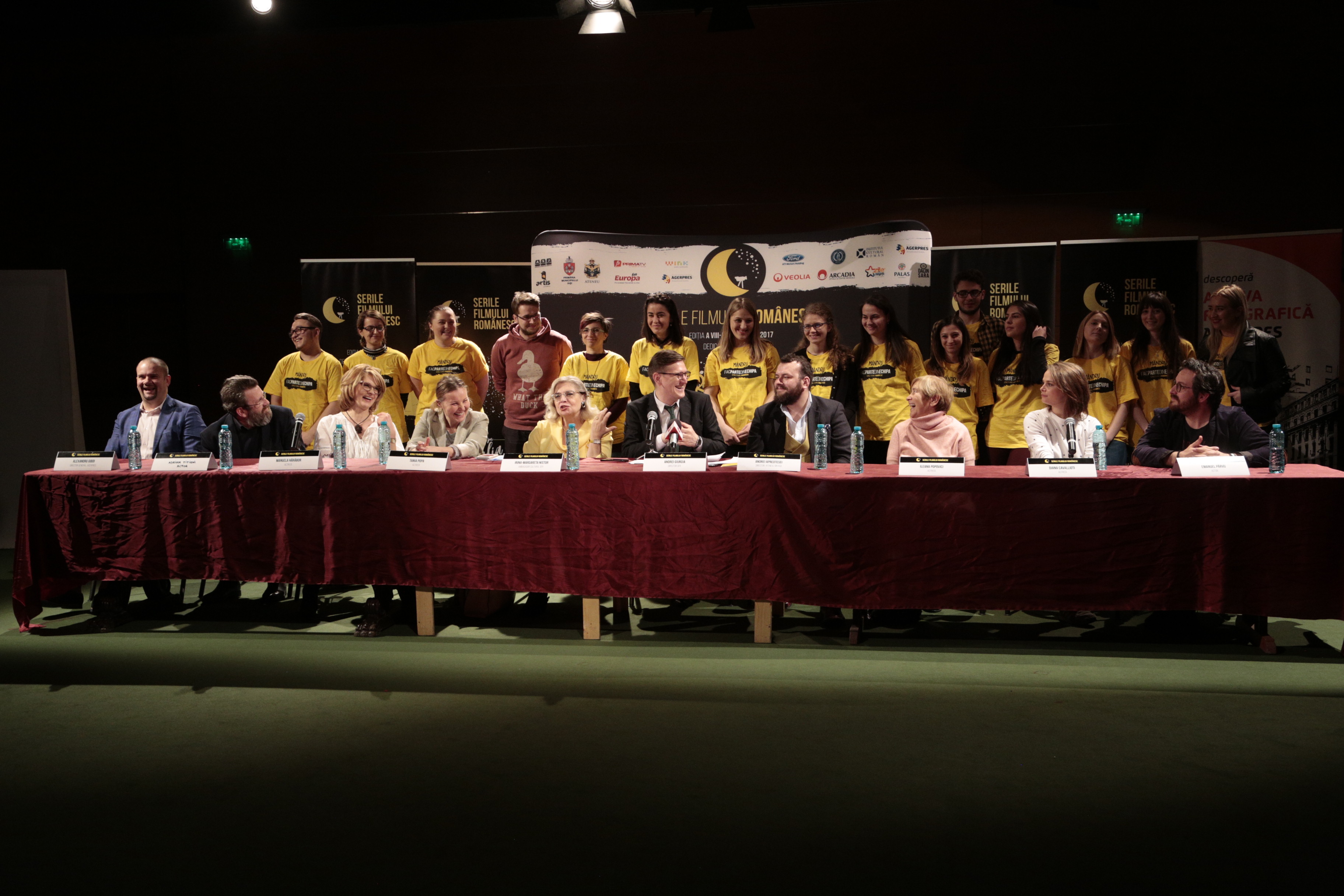 edition`s program were presented during the press conference organized at the National Theatre in Bucharest. The event was attended by Irina Margareta Nistor, the honorary ambassador of the “Land of the Rising film”, A
ndrei Giurgia și Corina Giurgia, the organizers of the festival, the actors
Emanuel Pârvu, Diana Cavallioti, Ileana Popovici, Tania Popa, Manuela Hărăbor, Adrian Titieni, the director of the Iași Athenaeum – Andrei Apreotesei and the Agerpress director – Alexandru Giboi.
An important event for Iași is the opening of a state cinema house, with modern technical facilities, in a city that has no other cinema theatres. During the “Romanian Film Nights” technical check-ups will happen in the new institution and the inauguration will be in June.