I think that Cristian Mungiu is the last filmmaker who could be suspected of using the strategy of the symbols, of the metaphors, of the nicely shaped language. Our filmmaker`s tactic - “less is more” – has the subtlety of the simplicity to introduce us ex-abrupto to the world of the film, in a kind of immediacy of the witness condition.

And this is where the nervosity of the openings of his films, the long shots of his inaugural sequences starts. The camera has no breathing space, it doesn`t hover around, it has no time to wait. Let`s remember how Beyond the Hills starts: a girl makes her way through the crowd of people that got off the train. She doesn`t go along with them, but against the human wave.She doesn`t let herself get carried away, she doesn`t measure her steps to adjust to theirs, but she cuts through the wave, like an ice patrol ship that cuts through ice. Of course, we only get to see her from behind, like so many other times in his films, but we can fully feel the young woman`s tumult.
Where many others choose the soft breathing and the startle, Cristian Mungiu makes us hear the panting. Graduation starts in no other way: one stone thrown by an unknown person through the window of the protagonist`s house was enough to plunge into a tension that wouldn`t leave us during the two hours and a half of the film. Even if the gesture would later be left behind, the tone was set. The anxiety seems to be the constant companion of our hero, doctor Romeo Aldea(Adrian Titieni). 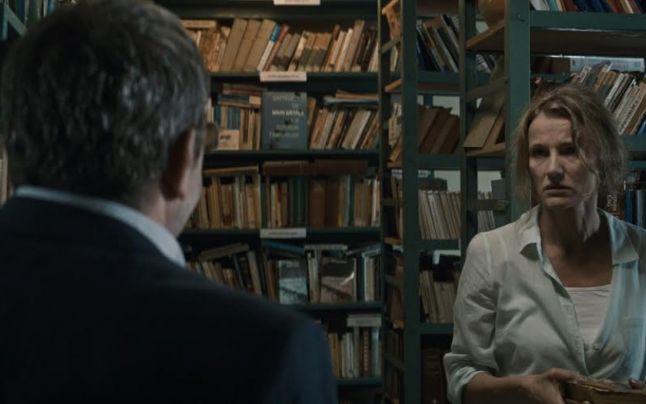 There is a – disguised – restlessness in dealing with the domestic dialogues with a wife that always seems to have just been woken up from her sleep; slightly aboulic, and utterly powerless, when LiaBugnar comes from “the other room”, she just looks like coming from another world. Or in dealing with the hasty dates with a lover about whom we`ll soon find out she also has a lot on her plate. Maybe this is the reason why their love scene – or whatever that was - seems so clumsy; dramaturgically speaking, that moment was chosen to be the one that could emphasize, precisely by means of its inadequacy, the seriousness of the piece of news brought by an unfitting phone call. 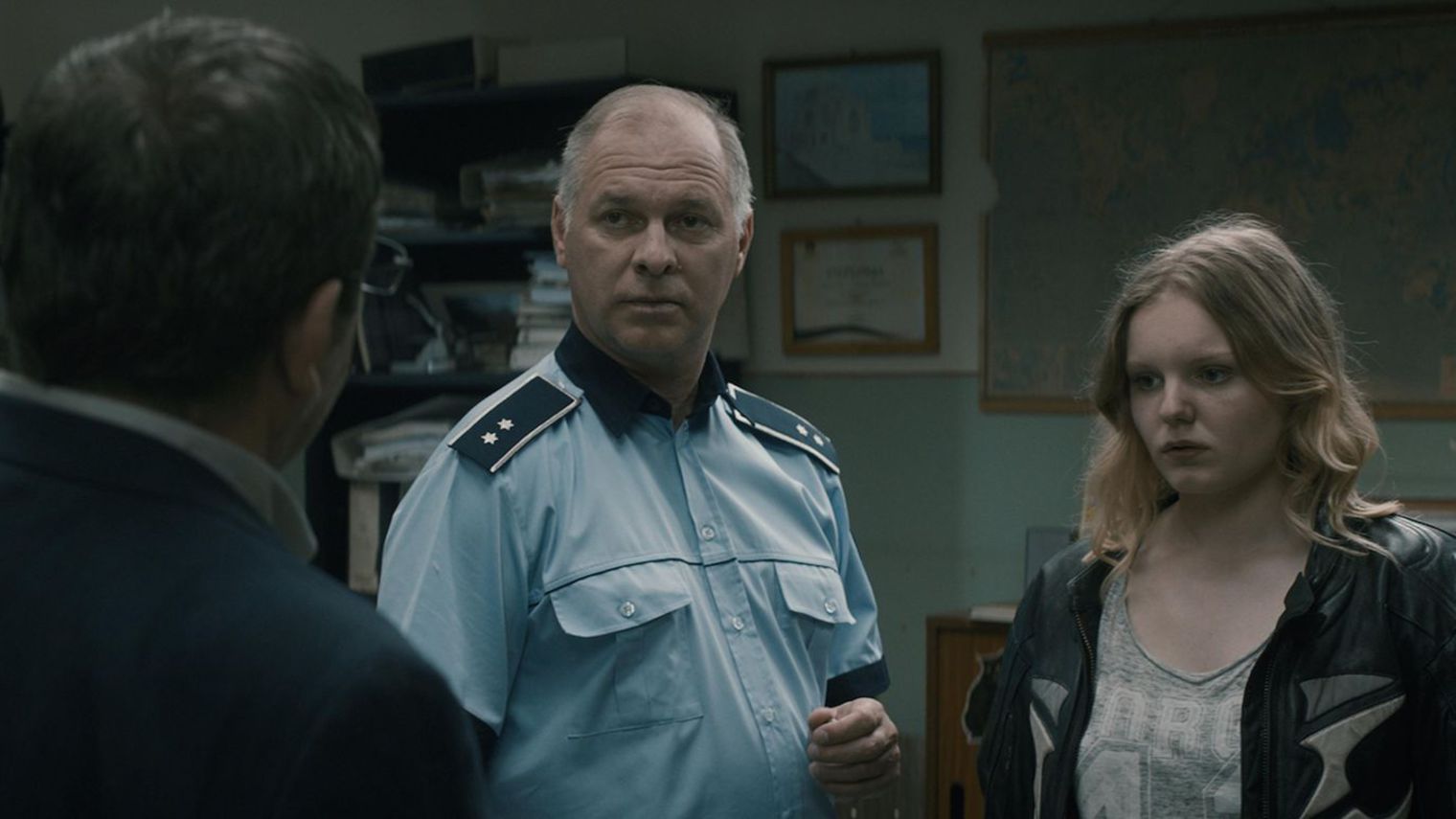 His daughter Eliza (Maria Drăguș), who is right on the verge of taking her Graduation exams, was the victim of an aggression, a possible rape attempt. And as we know that a misfortune never comes alone, besides the psychological trauma, the girl ends up also with her right arm in a cast. And that is some piece of hard luck that must be overcome at any costs, given the fact that the girl was given a chance to get a scholarship at one of the most prestigious English universities. On one condition: top grades at the Graduation exams. Will Eliza be able to overtake them?
The daughter seems to be more centered than her father, who is downright desperate when thinking that she might miss this opportunity. From that moment on, Romeo Aldea`s life, full of worries as it already is (Titieni carries their bitterness on his face right from the start) will become a ceaseless race of a tormented man, always on the run. The imminence of putting in motion an entire chain of interventions that might ensure the grades that are responsible for his daughter`s happiness is contended by Eliza`s hesitation itself.
The father has no time and no patience to understand his daughter`s discomfort; she is so scared at the thought that physically she won`t be able to deliver a top grade paper, she feels so devastated after going through the shock of the recent aggression and she is so not willing to accept the cheating. And the only fatherly lesson she could get from himwas a small instruction about how life divides the people into “winners and losers”, about his own failures (returning home in 1991, after having tried his luck in Germany). He also tries to clumsily numb her moral dilemmas by weighing the compromises and telling her that a small one doesn`t even count.

Even her mother, as chlorotic as we see her, does not agree that her daughter “starts her journey in life with such a heavy burden”, of the lie and of the self-deceit. In the machinery that the doctor (who had been an honest, sober-minded person until that moment, judging by his modest apartment) set in motion, we can recognize an entire life style of the average Romanian person from nowadays, whose existence functions within the boundaries of the apparently innocent system of the “give me, so that I might give you in return”.
After our films being so present in many international festivals, the foreign critics got to the point of understanding our modus vivendi, so to speak and our visual fixations. When the first grey buildings and the street that looks like a brownfield appeared on the big screen, I felt a subtle breath, a kind of a swish like in front of finding a well-known trade mark in the cinema hall in Cannes. And they are just right to a correct and sad understanding of the different stops and interesting encounters of the worried father, who was filmed in horizontal shots, like so many hasty entrances, which are different all the time, in the spaces that wait for him (the cinematography was signed by Tudor Vladimir Panduru and proved to be a remarkable debut in feature film)
The visit to his policeman friend, who also seems to be out of his depth, becomes a long waited opportunity for Mungiu to pay his tribute to Lucian Pintilie, the founder filmmaker: feeling tired and lying on the couch, with a handkerchief on his sweaty face, VladIvanovreminds us of the giant George Constantin from Reconstruction.  Returning to the policeman, he is the one who sets in motion the chain of people where each of them knows someone else who owes him something, until they get to the right person, the president of the graduation exams committee. A small sign on the exam paper is no big deal after all.
The father doesn`t wait to ponder upon the weight and the effects of this apprenticeship in the compromise area that he pushes his daughter towards. There is so much honest, contained despair (marked only by a few out bursts) in this man`s restlessness, who understands “the good” in his own way, that finally, when we find out the result – the girl`s victory who didn`t fall into the temptation of the “small fraud” and went upright to fight for her chance, in an honest way – we share her joy, leaving also a small right to do so to her dad, whose honor was saved by his daughter. It`s a feeling that not even the happy banality of the song “College Years” cannot disrupt.