From 23 September, one of the most awaited-for Romanian features of the year will be available for viewing on the big screen. 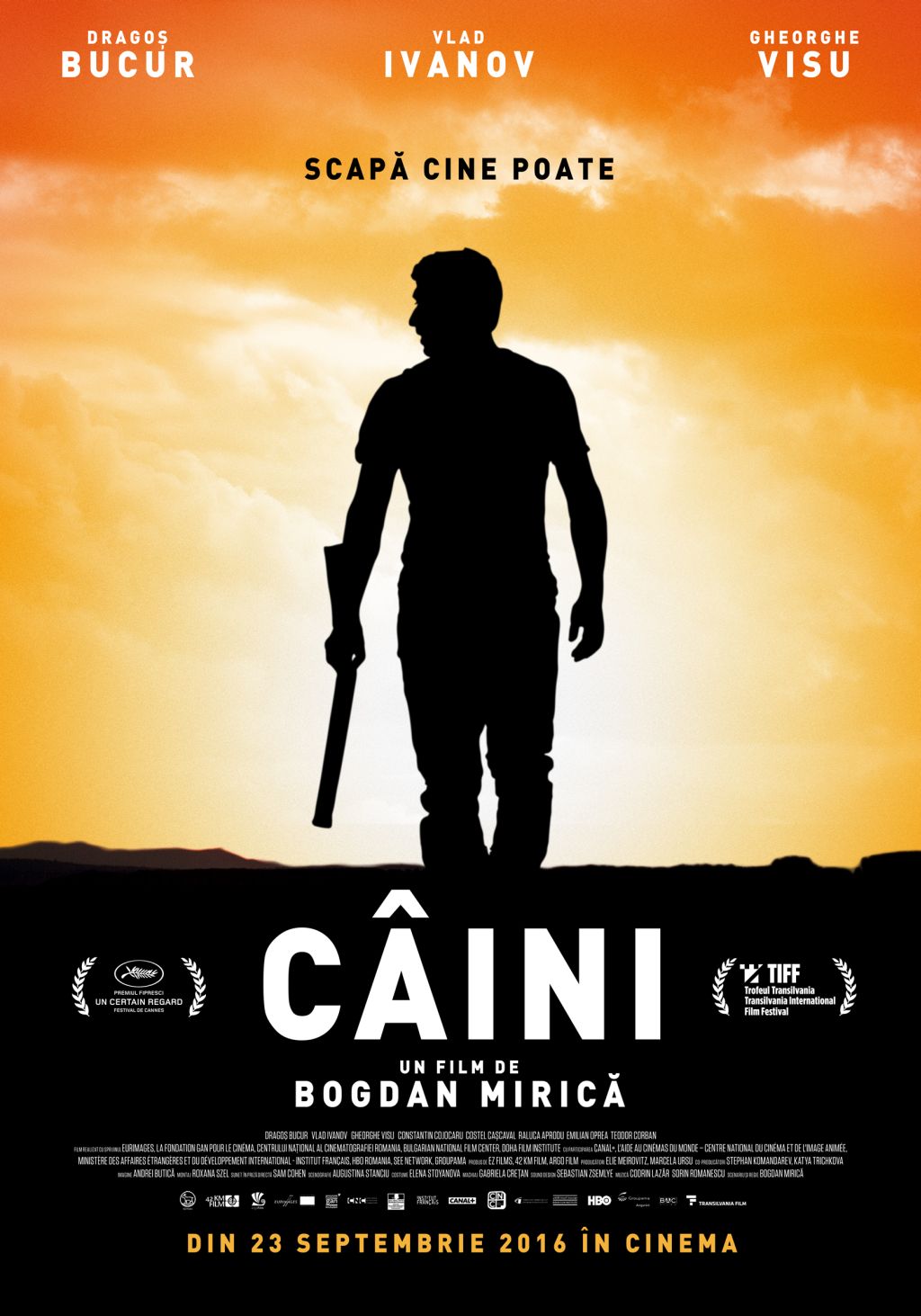 Câini/Dogs is the feature-length debut of Bogdan Mirică, screenwriter and co-director of HBO's series Shadows, and brings together three of the most appreciated Romanian actors, in powerful roles: Dragoş Bucur, Vlad Ivanov and Gheorghe Visu.
A sample of the suspense-filled atmosphere of the film may be perceived in the trailer officially released today.
The trailer was made by Foarfeca Studio, and the sound track was delivered by MusicDirector. One of the most intense scenes of the movie, taking place at night, was the inspiration source for the official poster.
A combo of thriller, film noir and modern western, as critics portrayed it, Dogs was acclaimed by the international press and by the audience in Cannes, TIFF or Sarajevo. These days, the film is competing for the Heart of Sarajevo Trophy, and over the following months it will screen in Festivals from Canada, Denmark, Israel, Italy, Portugal, Sweden or Spain. Dogs already won the FIPRESCI Award in Un Certain Regard section at Cannes, and the Grand Trophy of TIFF 2016.
The film will be distributed in Romania from 23 September, by Transilvania Film.
Details on: Facebook