Bacalaureat/Graduation, the latest feature directed by Cristian Mungiu, is to have its premiere in Romania at the same time with its premiere at the Cannes Film Festival, on 19 May, at 19:00. 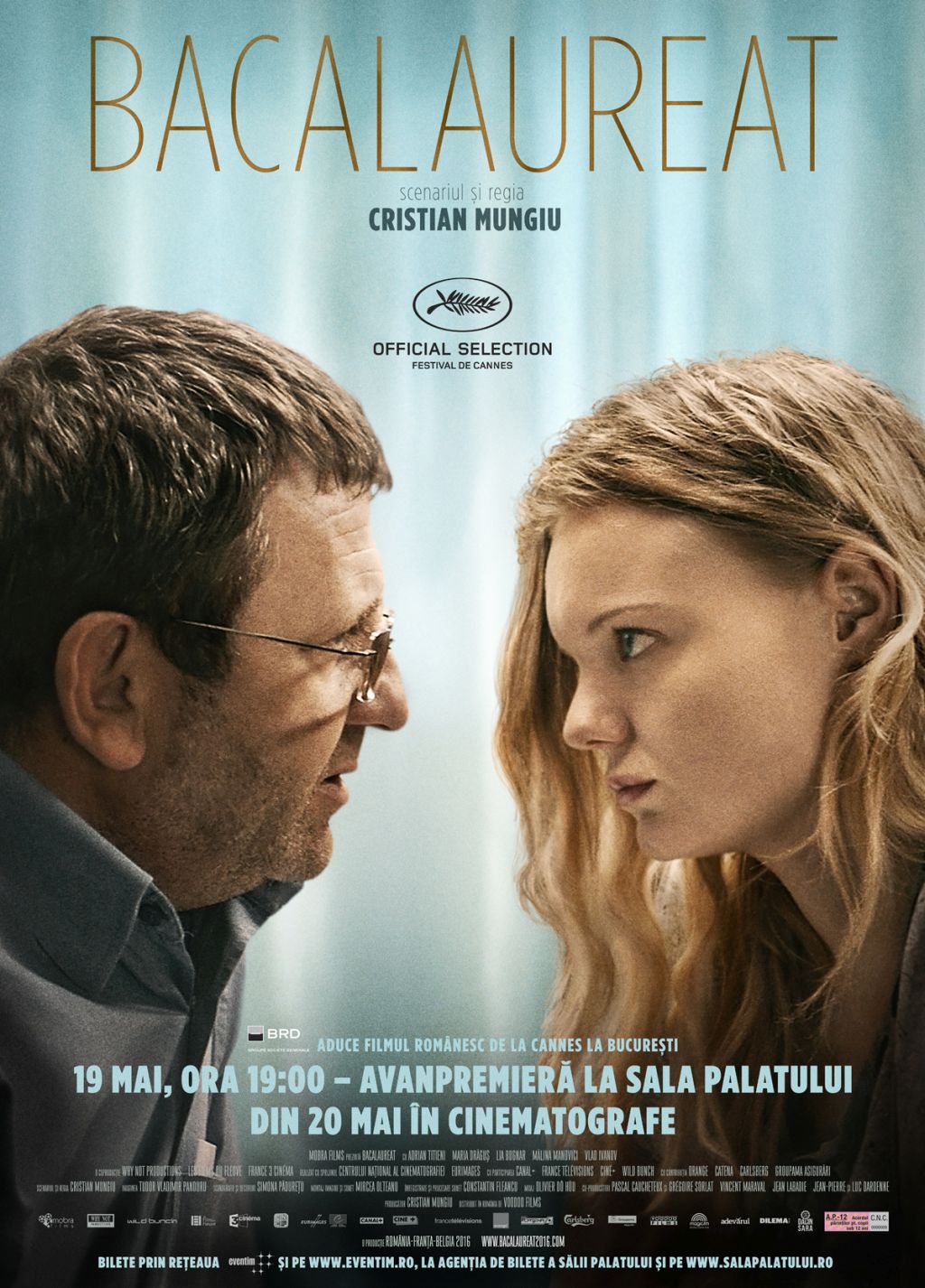 The premiere will be open to the public and will be held at the Bucharest Palace Hall, where approximately 4,000 will have the opportunity to see the film in the same time with the jury and the viewers in Cannes.
Part of the film crew will attend the event in Bucharest, and the crew members who will be in Cannes, will connect with the Bucharest viewers live from the red carpet.
The tickets will be sold through the Eventim network and on www.eventim.ro, at the Ticket Agency of the Palace Hall and on www.salapalatului.ro.
Moreover, on 19 May as well, Graduation will be available in previews in Cinema City network theatre halls from Cluj Iulius, Ploiești Shopping City, Arad Atrium, Târgu Mureș, Brăila, Timișoara Shopping City, Bacău, Pitești, Drobeta Turnu Severin, Târgu Jiu, Suceava, Constanța Maritimo, as well as in Bucharest at Afi Palace Cotroceni, Mega Mall and Sun Plaza.
Details at: Bacalaureat2016.com // Facebook