“Take a camera, shoot something, show it to someone!”, the Jean-Luc Godard`s piece of advice is the motto the Aristoteles documentary Workshop. It is the most intense program for those who are interested in making documentaries, it lasts five weeks and the teams are formed by a film director, a director of photography and an editor who by the end of the program are supposed to deliver a film.
After one week of theoretical preparation, the trainers become consultants for the teams. The three young filmmakers are supposed to find a topic, to shoot the material, then edit it. In 2015, Aristoteles Workshop celebrated its 10th anniv 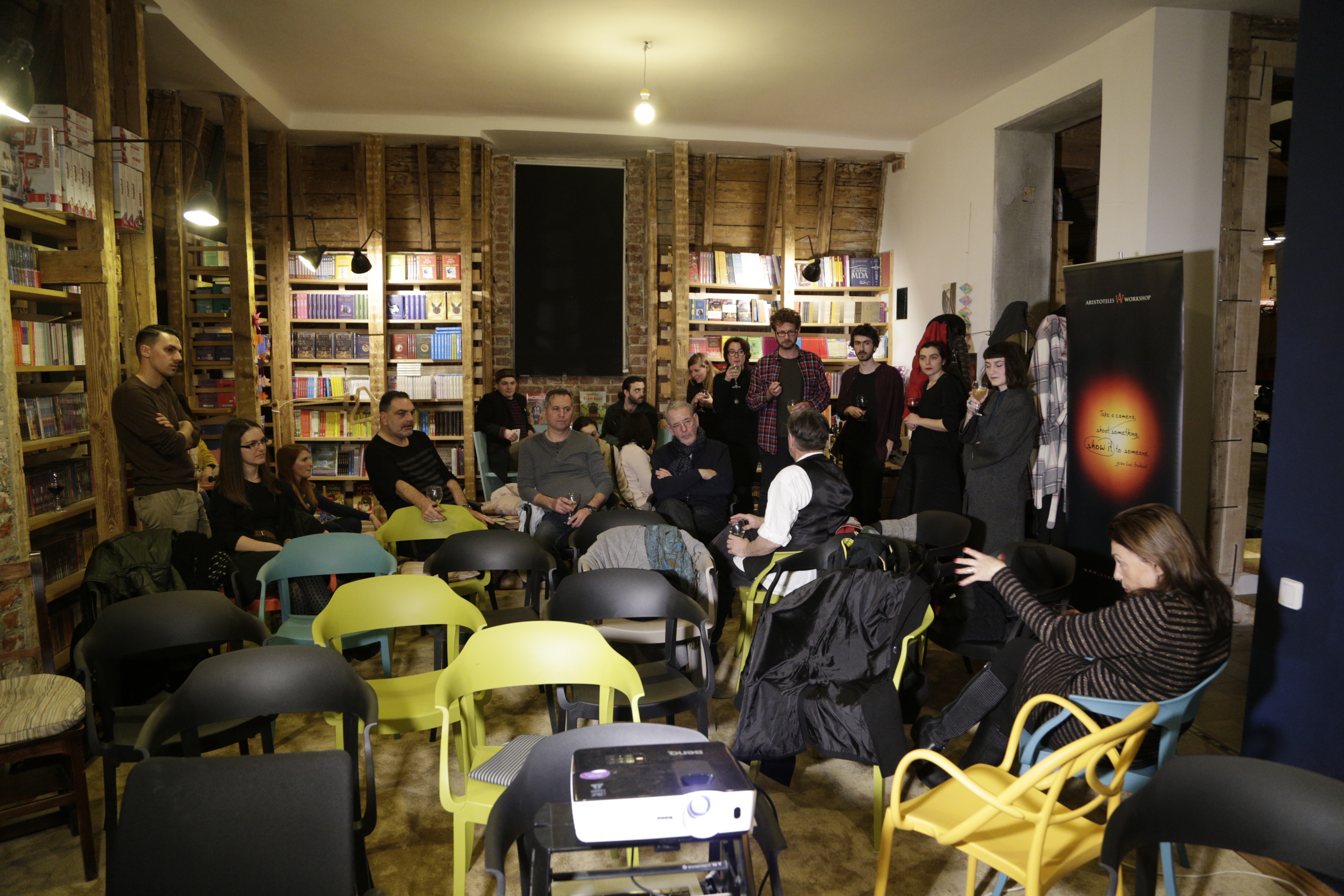 ersary during the Astra Film Festival in Sibiu; the trainers and the graduates of the workshop were present and there were screenings of some of the films (most of them awarded at prestigious international festivals) made by different generations of trainees.
After an anniversary year, Aristoteles Workshop 2016 took place inBaia Mare. The workshop has been supported by the ARTE Channel for nine years, which limited the selection area to Central and Eastern Europe. At the 2016 edition, this submission criterion disappeared, allowing some filmmakers from Italy, Great Britain or Finland to join the workshop. Dan Nuțu and Cristina Hoffman, the initiatorsand producers of theAristoteles Workshop, organized a screening with three of the films made in 2016: Ionaș dreams of rain / Ionaș visează că plouă, directed by Dragoș Hanciu – the Aristoteles Award for the Best Documentary, Vasile, directed bySakari Suuronen, and Plan B, made by Marina Crăcană and Piero di  Silverio. The screening was followed by a discussion which was attended by Laurențiu Damian, the president of the Romanian Filmmakers Union, the writer Radu F.Alexandru, the film critic Iulia Blaga and some of the crew members of the films that were screened.


The actors Dan Nuțu și Cristina Hoffman who have left the country many years ago, returned for this project. Their experience as filmmakers and as producers as well, turned Aristoteles Workshop into a true documentary filmmaking school.


The winning team of 2016 with Ionaș dreams of rain / Ionaș visează că plouă – the director Dragoș Hanciu, the director of photography Ileana Szasz and the editor Maria Bălănean – spoke about the experience of being part of the Aristoteles family and also about making their film.
The team of the documentary Vasile, selected for the 2017 Tampere Film Festival, was represented by the editor Ruxandra Pintilie.
Cinematography: Valeriu Ciubotaru
Translation: Iulia Necoara