In a town known more for its Muddy Volcanoes and the boxer Steluța Duță, the first edition of a festival for film productions from the Central and Eastern Europe region (including Greece and Turkey) took place. Its creators and organizers are Mihaela Constantinescu, Florin Barbu, Aurelian Nica and Cristi Mărculescu, “the pure, hard core” as Barbu puts it.
They made the selection of the 2000 submitted films, they made the structure of the festival, with its competitive sections – feature films, documentaries and short films – and its special events – BUZZ Women, an acting workshop for high school students held by Andreea Vasile and Radu Iacoban, special screenings with Bucharest NonStop and Youtube Bazaar (in the presence of Dan Chișu) and By the Rails (in the presence of Cătălin Mitulescu) and trips to the Muddy Volcanoes and to the LaCerta Winery. Many filmmakers answered the invitation to be part of the juries or to attend the screenings.
The declared mission of the festival is to promote the Romanian film productions and the Buzău area (which brought the support of the local authorities). The friendly atmosphere and the well-thought-out film proposals are good premises for the BUZZ CEE Film Festival. The list of winners of the first edition includes Romanian productions as well: BUZZ Real - Golden Robot, BUZZ Short – 0068 Sniper`s Nest. Cinelab Romania offered a few awards.
BUZZ CEE, the Buzău International Film Festival is organized by the CulturALL Association in partnership with the Buzău County Council, the Buzău Town Hall  and the Buzău Local Council and it is supported by TVSat 2000, the Buzău “George Ciprian” Theatre House and Cinelab Romania. 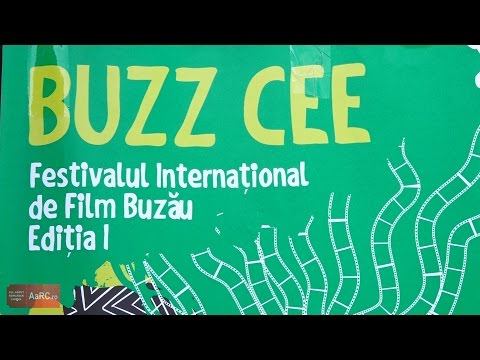