Interview of the week with Florin Șerban

Five years have passed since the premiere of the movie If I Want to Whistle, I Whistle, the debut of Florin Șerban in fiction feature films.The success he had then (a “Silver Bear” in Berlin and many other awards) made us look forward for him to become a “repeat offender”. And the „offence” came, its title is Box and has already made its first step into the world, at the Karlovy Vary Film Festival, where the International Federation of Film Critics (FIPRESCI) gave it its award. The members of the jury saw in this film much deeper significances beyond an unusual story of attraction / love between two beings who would not be drawn to each other normally. „Interrupted, incomplete dramaturgy corresponds not only to the mental of people living in transition societies, but also to the mood of Eastern civilisations, whose daily lives, chaotic and disorderly, may generate works of art abounding with freshness and beauty” – remarked Srdjan Vucinic, Serbian film critic and member of the jury.
Find out in the interview below what the director thinks about his second feature. 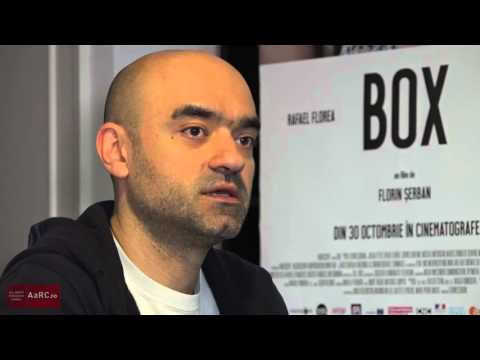