The Romanian comedy Două lozuri/Two Lottery Tickets was selected to the 57th Edition of Salonic International Film Festival, within the section “Balkan Survey”. 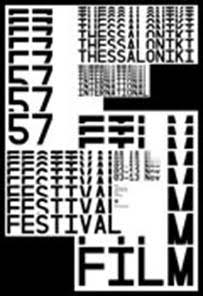 In the same section, the following features will also be screened: Sieranevada (directed by Cristi Puiu), Câini/Dogs (directed by Bogdan Mirică) and Inimi cicatrizate/Scarred Hearts (directed by Radu Jude).
The film will be screened on 8 and 10 November with actor Alexandru Papadopol, director Paul Negoescu and director of cinematography Ana Drăghici in attendance. The participation of the crew to the Festival is supported by the Romanian Cultural Institute in Istanbul.
Two Lottery Tickets tells the story of three men in a small provincial town who win the big lottery prize but the ticket is lost shortly and the three of them have to embark in a journey to recover it. Inspired by the short story by I. L. Caragiale with the same title, the film was launched in theatres on 7 October and, in two weeks after release, has been seen by over 83,000 people, thus becoming one of the most successful Romanian films of the latest years.
Details: Facebook