Believe it or not, right when we were thinking that our drifting through the vulgar productions - that were supposed to be comic - which compete with what is thrown on the market by the TV entertainment productions seems a fatality, 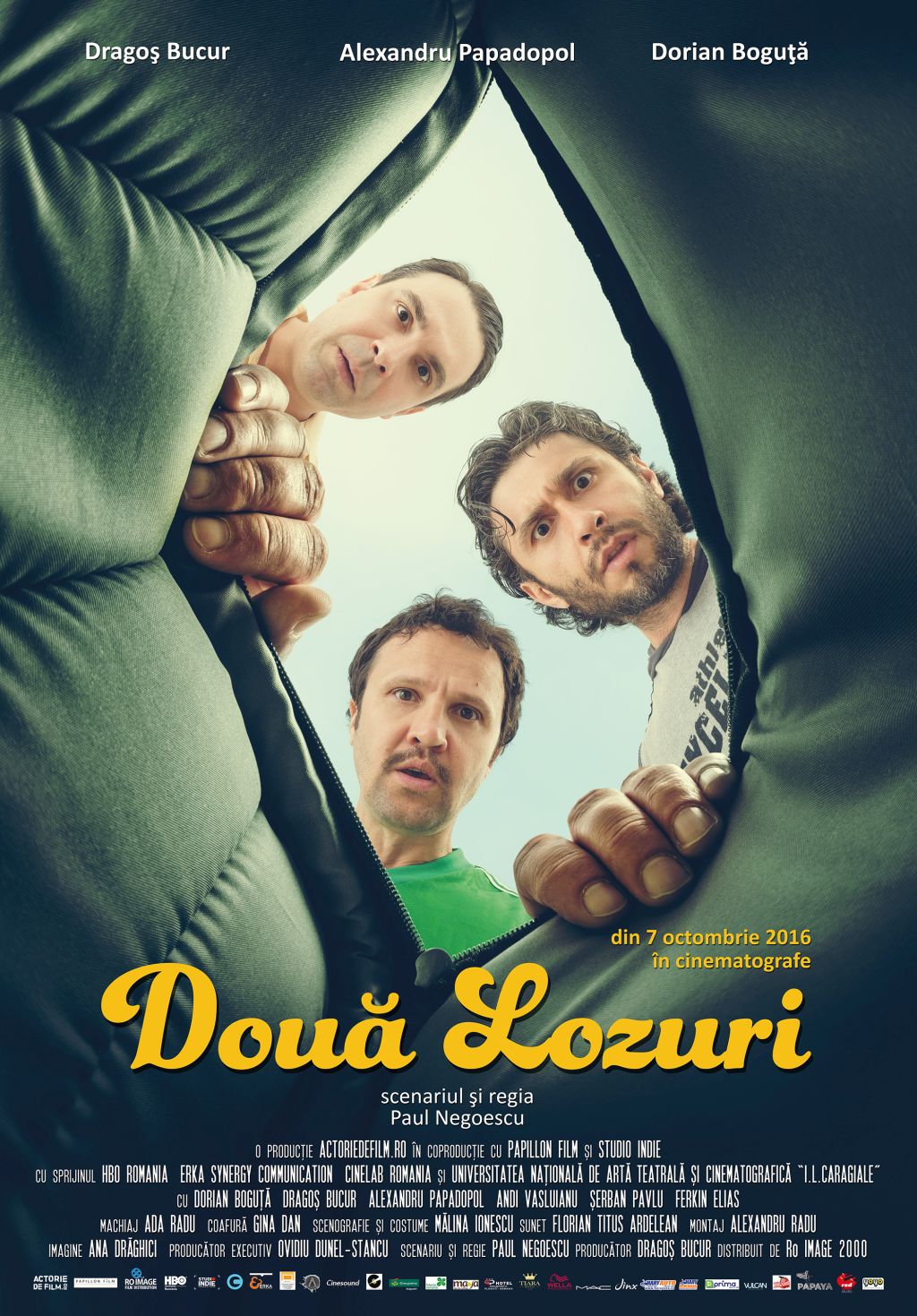 here comes Paul Negoescu, where we wouldn`t have expected to find him: he brings a comedy with a Caragialeflavor, with a certain customization of the adaptation of the dramaturgic pattern. The good idea of casting the three actors, Dragoș Bucur, Alexandru Papadopol, Dorian Boguță, known from their previous collaborations, added to the initial inspiration. The three of them are the founders of the Film Acting School (Actoriedefilm.ro) which proves to be an efficient film production company as well. I don`t know how funny they are, taken separately, but for now they make a strong trio, where the talent of each of them functions as a developer of the gifts of his partner. As the musketeers would go, “all for one and one for all”. Together – in joy and in sorrow. The joy would be the perspective of winning the lottery. The sorrow – losing it. The reaction of each of them, in bot 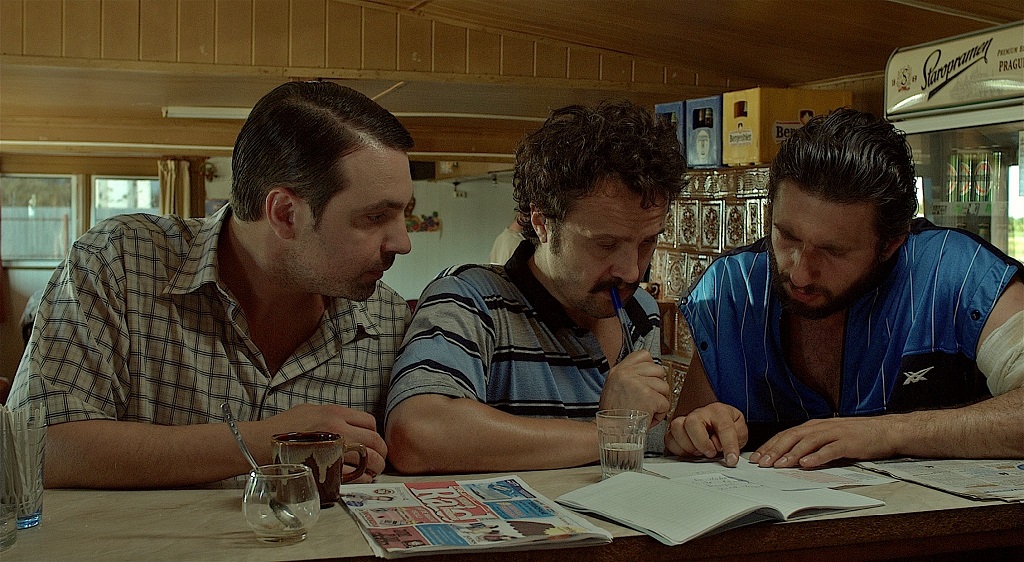 h cases, is the source of the humourwhich is handled cleverly by the director. The three of them are in fact the dumbjohns with the well-balanced ingenuity, that go through the comedies all over the world; in the autochthon version they keep their disarming good faith, their naivety without a cure, that each of them tries to hide the best way he can.
The characters that Boguță (Dinel) and Bucur (Sile) play are dressed with clothes that look from the second hand, but the two of them seem to feel quite at ease and they embody the two extremes: the first one – the humble, long-faced (he must get his wife back from abroad and that is an operation that requires serious money), helpless one, wanting to win something but at the same time feeling afraid of the bad luck; the other one – the initiator of the action of playing the lottery, the clueless optimist guy, the know-it-all type that no catastrophe can take down. In between them we have Papadopol (Pompiliu), the fashion monger, with his pomaded hair, the distrustful one, by vocation and no less, by experience. He has the air that he can`t be fooled, because he is acquainted with everything that moves in this world, with all the national, universal, cosmic political plots. For him, the entire existence is a long row of plots: the presidential elections, the revolution, etc. There is no coincidence, hazard, luck, the winning numbers at the lottery are also fixed by others. He trusts nobody that he keeps his money inside his socks, literally speaking. He is also familiar with the cinema of our days, he knows how good that film with “the two stupid guys that carried a bag of drugs from Constanța to București" was. The allusion to Stuff and Dough, brought by one of Cristi Puiu`s protagonists has the charm of a friendly clind`oeil. In order to let the above mentioned friends display their stuff, the author puts them on the road, trying to track

down the lottery ticket that was taken from them – with a borrowed car. From the very moment w
e find out the intention of the occasional detectives to paint the car from white to black, against the law, we guess something will go wrong. We expect the comic explosion that was subliminally promised to us. And that would happen, after a few adventures with getting into the apartments of some neighbours, where they bump into some modern organized nests of fortune tellers, of prostitutes that miss the seaside, a hot-tempered father, etc. There`s no trace of in-your-face kind of humour, though the stops they made were mainly in the places that the makers of the comedies that are meant to break the box office usually visit.In a polemical way or not, Paul Negoescu shames them, proving that the vulgarity can be avoided even if it spreads like wildfire. The viewer deserves the respect of being an accomplice in other kind of games as well, like this one, the small dance of the absurd humour of the car painted in black that the three of them present to the policeman as being white. Confused after the unanimous answer, the poor man gives up; it`s the ad hoc version of the well-known proverb: “If three people tell you that you`re drunk, you should go home.” It is one of the top moments of the c
omical inspiration where our heroes are totally full of themselves of such a catchy victory, which was very quickly cancelled by their stupid act in the final
: sticking another winning lottery ticket on the fridge, with minimal chances of getting it back. A smart way to close the film in a kind of a round way, in order to leave the protagonists right the way we found them: ill-fated, with the charm of ingenuity. The rest – if and how Paul Negoescu belongs to the Romanian New Wave, how much realism, how much of minimalism, how many long-shots we can count, seem critical literature to me, which doesn`t lack the temptation of enlisting at any price a talent which is following his path.
(19.10.2016)