Cristi Puiu, for the fourth time in the Aristoteles Workshop Jury


The eleventh edition of the documentary film workshop Aristoteles Workshop, a programme initiated by Dan Nuțu and Cristina Hoffman in 2006, started on 23 August, in Șurdești, Maramureș County. 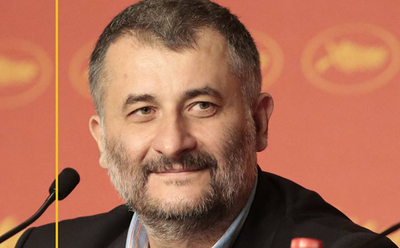 The 12 participants, under the guidance of expert Thierry Garrel and of professors Nino Kirtadze, Tania Rakhmanova and John Appel, have passed the theory, prospections, and shooting and are now at the final stage of the editing of their five films that on Friday, 23 September, are to be presented to an industry professionals' jury.
This year's jury of Aristoteles Workshop edition is made up of: director Cristi Puiu, film and culture journalist Magdalena Popa Buluc, director Dan Curean, Kumjana Novakova (co-founder and director of Pravo Ljudski Film Festival in Sarajevo and founder of ACTive documentary film school), film and art critic Nicolas Feodoroff and Thanos Stavropoulos (member of the programming team of Salonic Documentary Film Festival).
The participants made up five teams, each having already a subject for their documentary.
The screening of the five films will take place on Friday, 23 September, at Baia Mare Municipal Theatre. The Jury will choose the Best Documentary Film, and the winner will take home a prize amounting to EUR 2,000, sponsored by Farmexim.