“Alt Love Building” to be screened at ICR Budapest


On 4 July, 2016, at 19.00, the Romanian Cultural Institute in Budapest will carry on its program “Romanian Films of Today” with the screening of Alt Love Building (directed by Iulia Rugină 2015), at the Institute's headquarters. 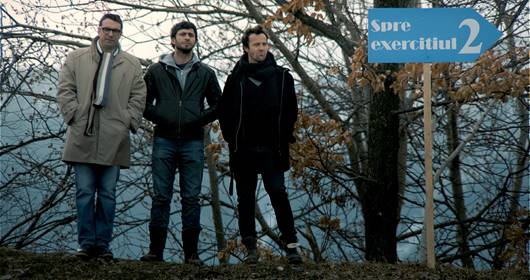 Alt Love Building (2015) is starring Alexandru Papadopol, Dorian Boguţă, Dragoş Bucur and Ben Cross.
At the Love Building camp, couples have seven days to fix their relationships. Six months have passed since the first edition of the camp. Five days before the New Year's Eve, in Transilvania, nine couples with issues and three therapists with even bigger issues are struggling with their past that catches up with them. It seems harder than ever to get that „happily ever after”. (hbo.ro)
The film will be presented to the audience with Hungarian subtitling.
Details at: Icr.ro