The documentary feature Toto și surorile lui/ Toto and His Sisters, directed by Alexander Nanau, has entered another award into its portfolio today, at the Cannes International Film Festival: Prix France Culture Cinéma 2016. 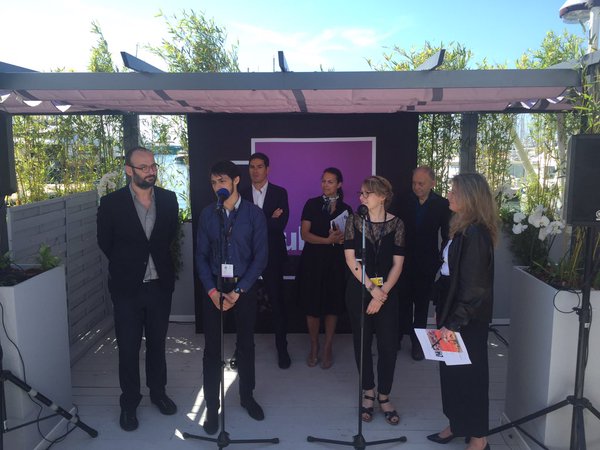 The award is granted annually by Radio France Culture to the best film launched in French theatres over the previous year. The event took place on Saturday, 14 May, at Pavillion Unifrance within the Festival. During the same ceremony, American filmmaker Frederick Wiseman was distinguished with Prix France Culture Cinéma Consécration.
Alexander Nanau and Frederick Wiseman will be interviewed together within the show Projection Privée, between 15.00 - 16.00, at Radio France Culture, the

show being hosted by Michel Ciment and broadcast live from the Palais des Festivals.
Toto and His Sisters is to be launched on DVD in France on 17 May, and distributed by the companies Wide and JHR.
Alexander Nanau is representing the Romanian Ministry of Culture, starting in April 2016, within the General Shareholders Board (A.G.A.) of the Filmmaking Studio SahiaFilm SA, an institution under the authority of the Romanian Ministry of Culture.  aflată sub autoritatea Ministerului Culturii din România. Boglarka Nagy and Anca Drăgoi are also members of the new A.G.A.
Furthermore, the filmmaker was recently nominated as part of the Documentary Film Jury of the Sarajevo International Film Festival.