“colectiv” and “Acasă, My Home”, in the competition of the DocAviv International Documentary FF

The documentaries colectiv, directed by Alexander Nanau, and Acasă, My Home, directed by Radu Ciorniciuc will be presented, with the support of ICR Tel Aviv, in the international competition of the DOcAviv International Documentary Film
Festival, 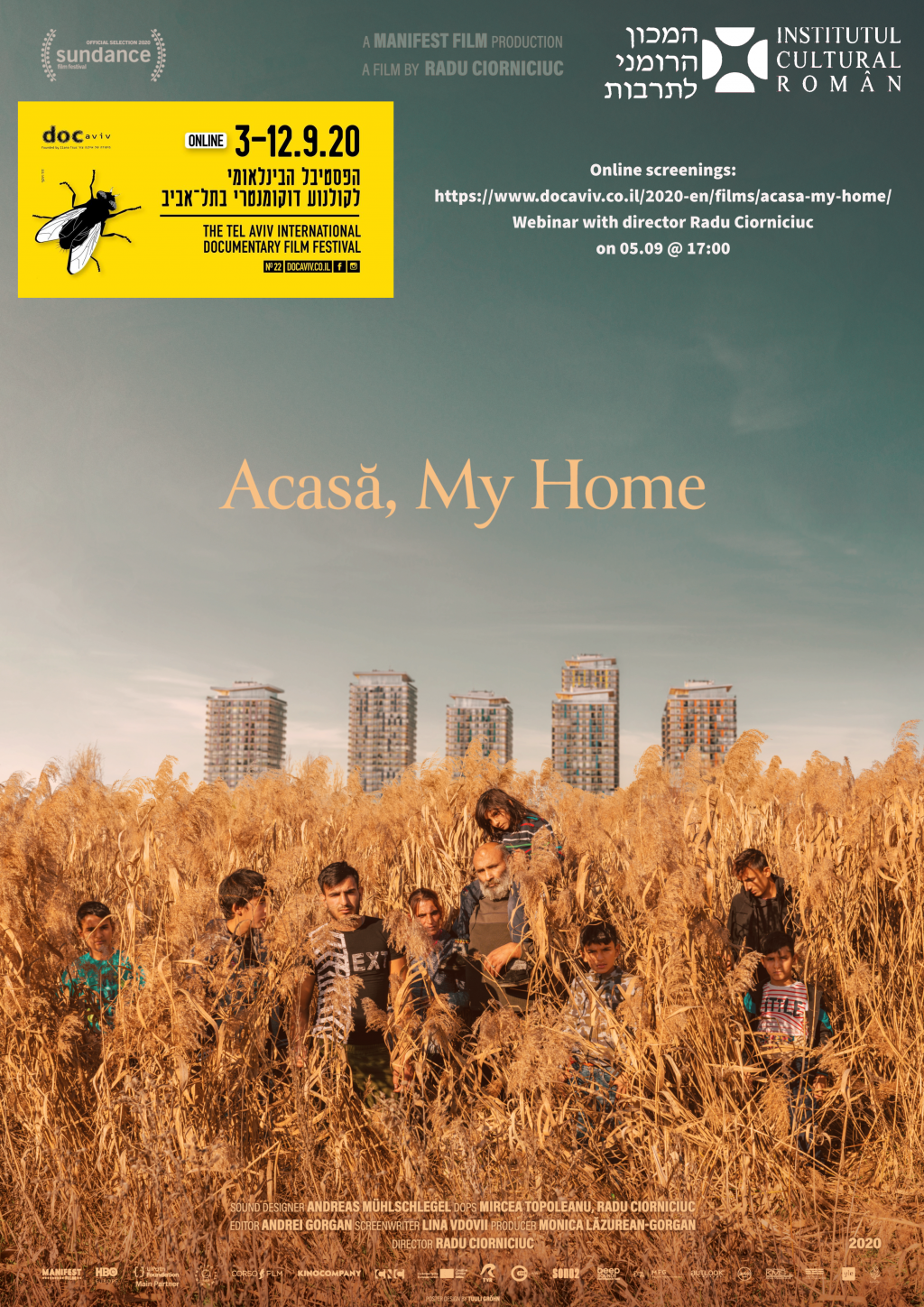 the only international documentary festival in Israel and one of the best rated festivals in the world, which will take place from September 3 to 12, 2020.
This year`s edition will take place only online; in the context of the internationally imposed restrictions, the film lovers from Israel can purchase tickets and watch the films online, throughout the entire period of the festival. The Romanian directors Alexander Nanau and Radu Ciorniciuc will have discussions with the film critic Shmulik Duvdevani, during some webinar sessions streamed live; they will be made accessible to the viewers only with the previous recording. The dialogue with Radu Ciorniciuc is scheduled for September 5, at 17:00 and the one with Alexander Nanau will take place on September 12, starting with 20:00. Shmulik Duvdevani teaches courses on the documentary film at the Tel Aviv University and he writes film reviews.
Details: ICR
(24.08.2020)