“Acasă, My Home”, Radu Ciorniciuc`s debut, selected for the race for the European Academy Awards


Directed by Radu Ciorniciuc and multi-awarded at the most important international film festivals, Acasă, My Home becomes the first Romanian debut documentary film that has ever been nominated for the European Film Academy Awards (EFA). At the 33rd edition of EFA Romania is represented by two documentary films: Acasă, My Home, directed by Radu Ciorniciuc and “Collective”, directed by Alexander Nanau –which is an important premiere for the Romanian cinematography.
The 33rd edition of the 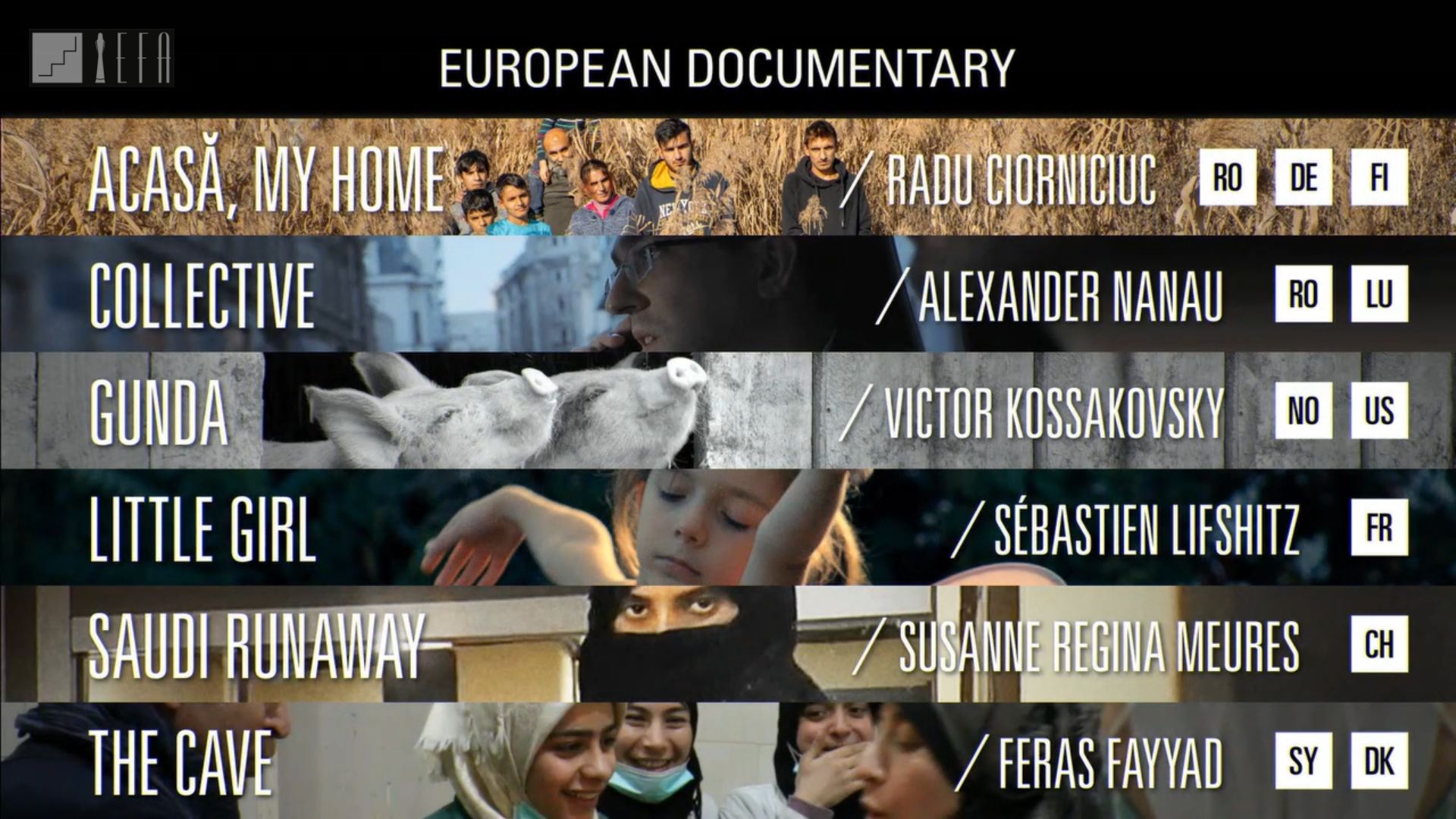 European Film Academy Gala will take place online, from December 9 to 12, 2020. The winners of the European documentary category will be announced during an online ceremony which will be streamed on December 12, from 21:00.
Acasă, My Home, the story of the family that has lived for 18 years in the Văcărești Delta and that been fighting for acceptance and its own definition of freedom, was documented during a period of 4 years, by the director Radu
Ciorniciuc, the cinematographer Mircea Topoleanu and the screenwriter Lina Vdovîi.
“This nomination is one of the nicest and most important recognitions of our work. It is a huge opportunity to shed a light onto the human and social themes that our film touches, in a larger European context. The greatest merit belongs to the Enache family members, who are the main characters of the film. We thank them for their trust in us and for accepting to be part of a story which has the power to unite us, to renew our faith in the other people. Because only together – by means of tolerance, care and patience – we have the chance of being truly strong – and this is the most meaningful lesson that the Enache family`s story tells us”, the director Radu Ciorniciuc said.
Acasă, My Home had its international premiere at the beginning of the year, during the Sundance Film Festival, where it received the Special Award of the Jury for Cinematography in the World Cinema Documentary competition, while the national premiere took place at TIFF 2020, where it received the Romanian Film Days Award for Best Feature-Length Documentary. Up to the present moment, the film was part of the selection of 40 international festivals and has a track record of 18 awards. Some of the recent ones are the three awards from Zagreb Dox International Documentary Film Festival (Croatia) – Big Stamp Award for the Best Film in the regional competition, Small Stamp Award for the Best Film made by a filmmaker under 35 years old and the FIPRESCI Award – Prix Ulysses at Festival Cinéma Montpellier Méditerranée (France), ECFA DOC Award 2020 at Filem`On - International Film Festival for Young Audiences (Belgium) and the ERC Bellona Prize, offered by Environmental Human Rights Center Bellona, at Message to Man International Film Festival (Russia).
Acasă, My Home is one of the eligible titles in the race for a nomination for the Oscars 2021 for the “Best Documentary”category. Radu Ciorniciuc`s film is represented in the US by Zeitgeist Films in partnership with Kino Lorber. The American premiere will take place in January 2021 and then it will be included in the Kino Now online programme.
The documentary was screened in many international and national festivals as well as in the Romanian cinemas. Now it is available online on HBO GO.
Details: Proiectul Acasă
(10.11.2020)