Many people talked about the sad state that the resort BăileHerculane has been in for so long. Some economical group interests determined the decay of this town, because everybody knows that the decaying buildings are sold for very few money. We already found out that the laws of the free market don`t apply here, but the laws that are imposed by a few people who are in key positions.
The resort BăileHerculane, an establishment with a good tradition that goes back to the period of the Roman Empire (the first documentary attestation is around the year 153) is in a kind of a twilight zone for a long time, as we saw in many 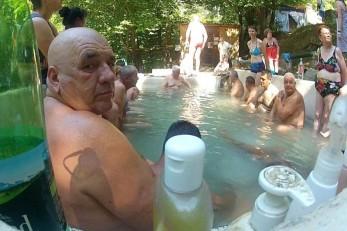 TV reports.
Marius Iacob  was not necessarily interested in the story of this place, he didn`t make an investigation documentary. But he found some interesting characters. Each of them says “I am Hercules” and they are entitled to do so. Their path in life was filled with obstacles and they had the strength and the determination to survive. In a big city the two of them would have got lost in the crowd, but there, in herculane, they are quite well-known, if not iconic, really. Gelu, Mitică and Relu are self-taught massagists in a balneary resort, where people still come because they have health problems and because the curative properties of the local waters are famous. Their “healing” force is combined with the ridicule, the grotesque, the humour, the emotion. Marius Iacob looks at them  (he was also the cinematographer) with the eye of a filmmaker who watched Fellini`s films many times.
The documentary “I Am Hercules / Eu sunt Hercule” is produced by Manekino Film, Docdays Production HBO Europe, cu sprijinul Robert Bosch Stiftung / ZDF / ARTE.
Marius Iacob confessed to us in the interview of the week  that it is very difficult for him to be the film director (+cinematographer) and also the producer and that he is not interested in repeating such an experience again, too soon.
The screening organized by HBO at the Excelsior Theatre was attended by the film director, the editor Roxana Szel, the sound designer Vlad Voinescu, the producers Hanka Kosteilikova and Irina Malcea and the three heroes from Herculane.
Cinematography: Valeriu Ciubotaru
Translation: Iulia Necoara 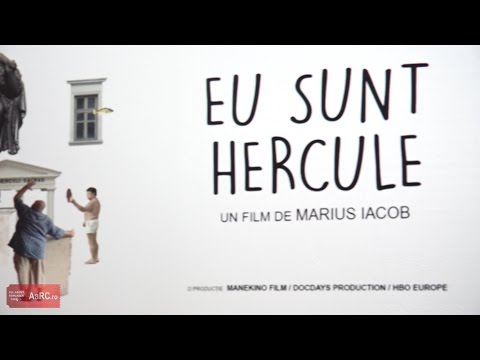