FILM +, the workshop, consultancy and support lab for independent small budget film productions, invites young short and feature film directors from Romania and the region to apply to the 5th edition of the program, regardless of the genre 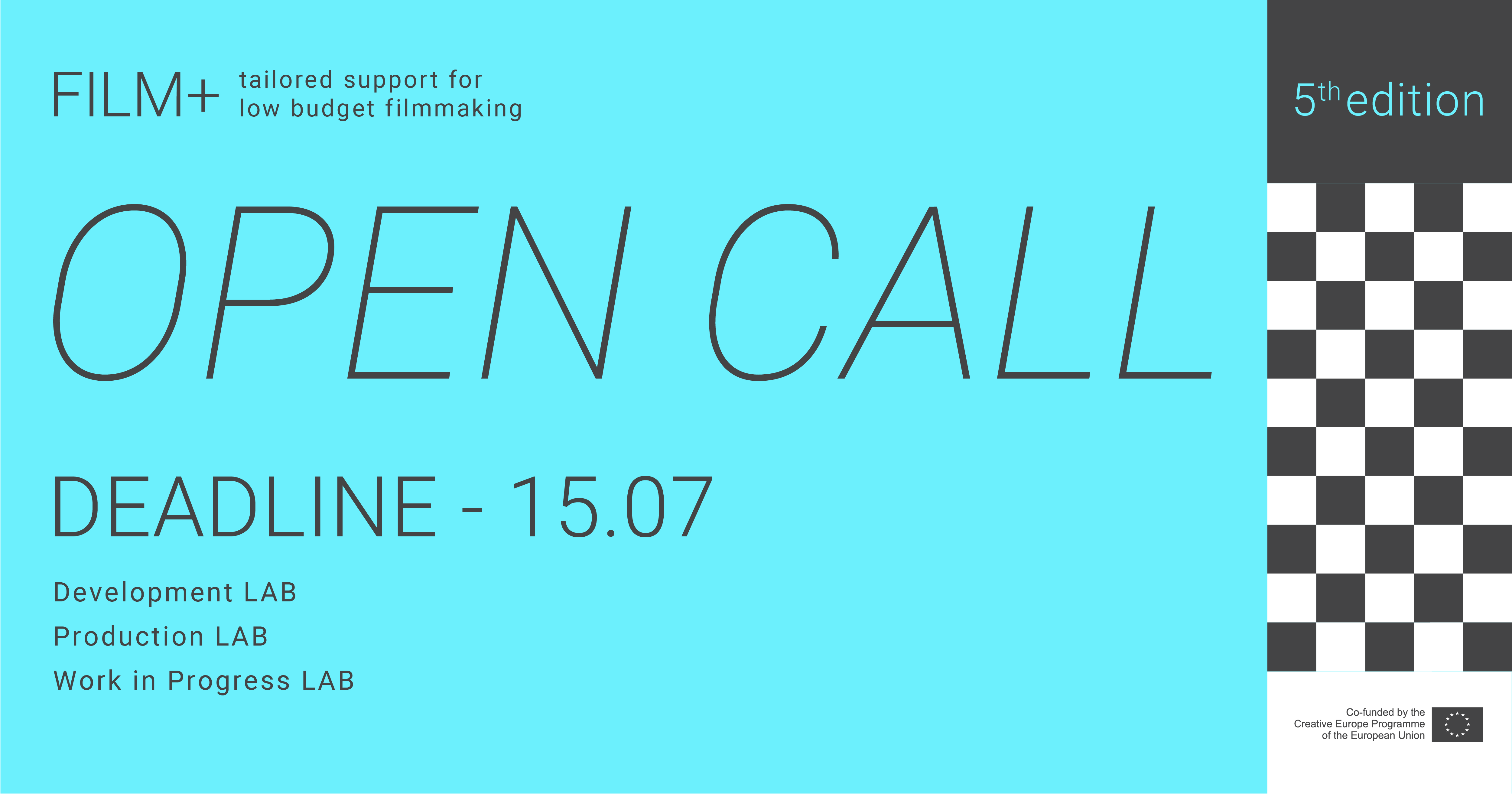 (fiction, animation, documentary, experimental) and the stage of the project at the time of the application (development, production, post-production).
The filmmakers can register their projects by filling the online forms.
FILM + program was founded in 2016 by a team of young Romanian film professionals: Ana Drăghici (director of photography), Alex Trăilă (film and audiovisual consultant), Paul Negoescu (director) and Anamaria Antoci (producer) with the sole purpose of providing resources and expertise on a collaboration platform which supports filmmakers.
FILM + has supported, during the previous editions, the development of over 50 projects and has provided young filmmakers with the opportunity to take part in the FILM + section  Pop-Up, in workshops and masterclasses held by well-known filmmakers such as Corneliu Porumboiu, Radu Jude, Andrei Ujică, Ralitza Petrova, Ada Solomon, and many other important cinema personalities.