“Ana, mon amour” Will be Launched in Cinemas on March 3


Ana, mon amour, the most recent film by director Călin Peter Netzer, will be launched on March 3, 2017. 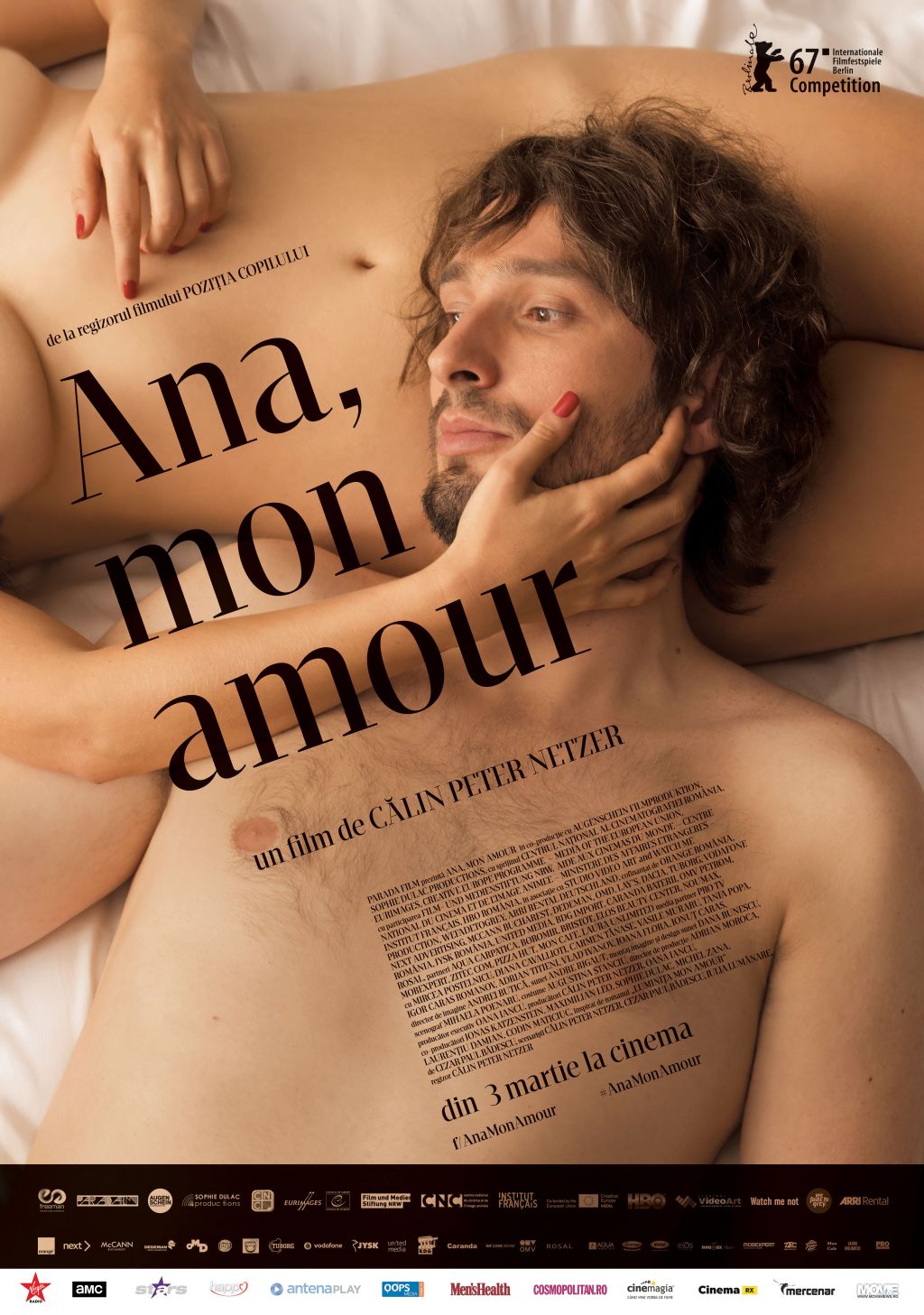 The film had its premiere at the Berlinale, in February, where he got the Silver Bear  for “an outstanding artistic contribution in cinematography” awarded to Dana Bunescu for the film’s editing.
Ana, mon amour canvasses a love story, an atypical foray which surprises the most delicate and tense moments in the evolution of a couple. Toma and Ana meet in faculty, rapidly bond and start a love story that shortly becomes a fight against all. Because of some childhood mishaps, Ana has frequent panic attacks and Toma assumes the part of the unconditioned protector. Even if he seems in control over this relationship, years later he finds himself gravitating around a woman he does not understand, forcing himself to the limits in order to try to save her.
(Translated by Alina Sălcudeanu)
(21.02.2017)