Synopsis: Childhood memories of Sever about his mother, Pauna, who becomes one of the richest women in the city of Lugoj in the first years after World War II. She is a middle aged war widow with two grown children, Sever and Sabina and marries a rich tobacco shopkeeper, Dionisie. The desire to raise money from the merchandise takes her away from the family: the two children feel abandoned by their mother. Dionisie's cousin, Tie has a passion for the young widow and is jealous of his uncle. Her husband dies after a heart attack, Sever leaves the parental home and works as a worker at the CFR depot in the city and Sabina dies as a victim of a calf. The prospect of marriage with Martalogu, the lawyer who runs his business, takes her out of apathy, but things seem to get even worse. 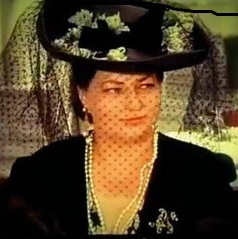