Lucian Pintilie and ”Why Are the Bells Ringing, Mitică?” in the 2015 National Theatre Festival (FNT)


The 2015 National Theatre Festival scheduled two films as part of some special events. The first one was the screening of One Floor Below, Radu Muntean`s most recent production which has Teodor Corban as one of the protagonists.
The second one was dedicated to Lucian Pintilie. The screening of the film Why Are the Bells Ringing, Mitică?, a cinema adaptation of Caragiale`s play – Carnival Scenes (”D’ale carnavalului”) took place at the Cinema Studio, in the presence of the director, of Marie France Ionesco and of the actor Mircea Diaconu.
No wonder that when asked for the Still Frame column on our aarc.ro website, Teodor Corban answered, without giving it too much thought, that the most memorable scene from a Romanian film for him is the Ștefan Bănică`s monologue in the Why Are the Bells Ringing, Mitică?, adding that he`s been always impressed by it.
Marina Constantinescu, the artistic director of the NTF and Laurențiu Damian, president of the Romanian Filmmakers Union (UCIN), said a few words at the opening of the event. The actress Irina Gărdescu was also present, among other guests.
Imagine: Dan Țuculescu 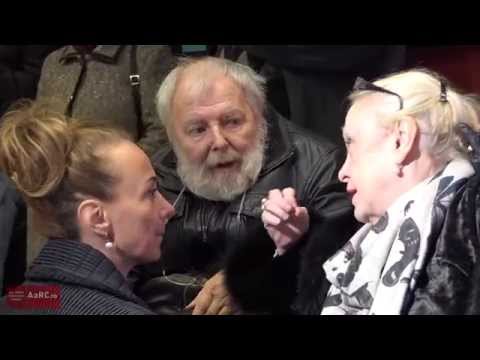