HRH The Prince of Wales, together with Dan Mihalache - the Ambassador of Romania to the United Kingdom of Great Britain and Northern Ireland – opened the photo exhibition “Apertures of a Revolution. Photos from 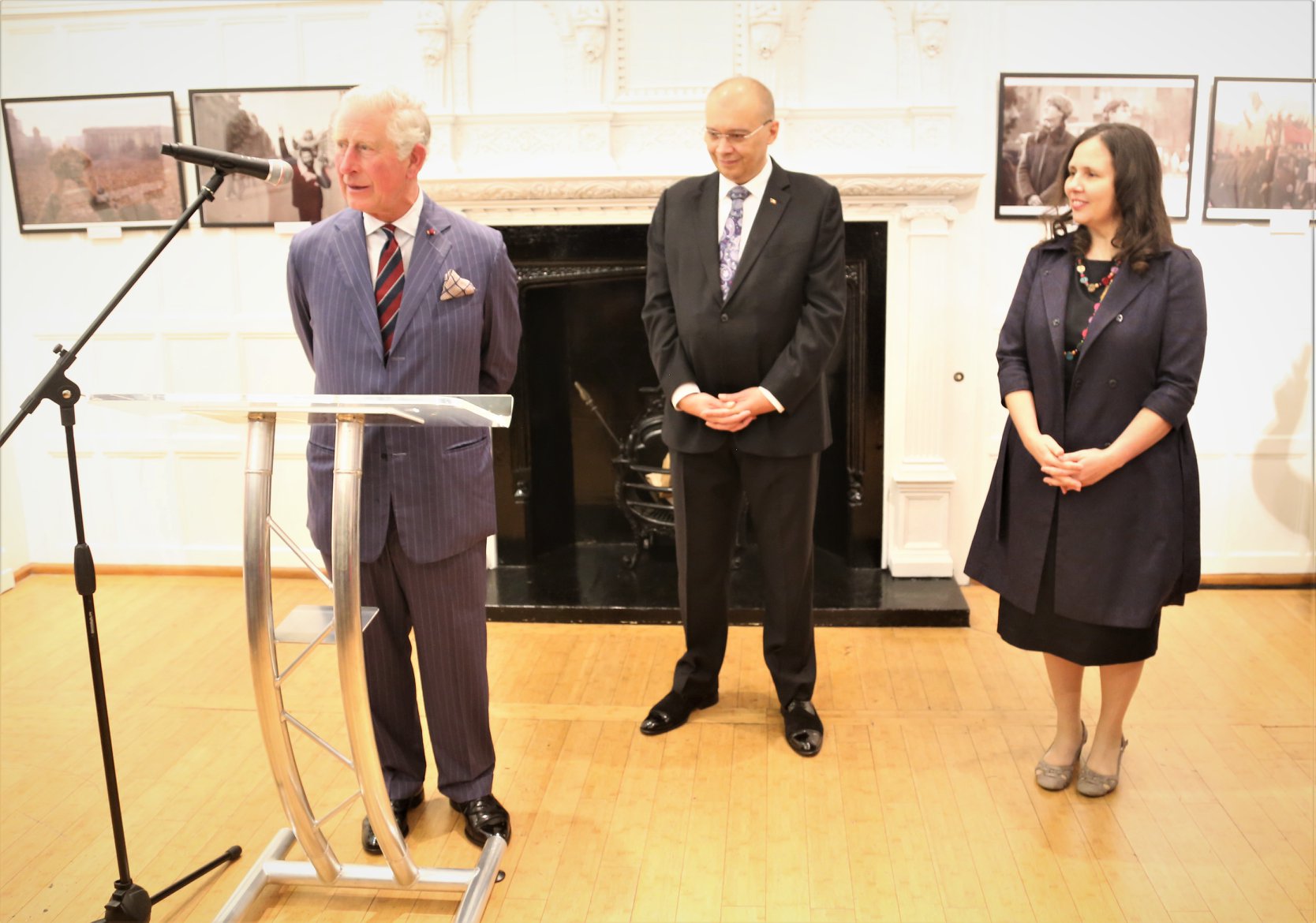 December 1989”, organized by the Romanian Cultural Institute of London, in partnership with the Embassy of Romania and the AGERPRESS National Press Agency.
The event went on with the screening of the documentary After the Revolution / După revoluție, witness of the Romanian society right after the fall of the Communist regime, followed by a Q&A session with the director Laurențiu Calciu and the producer  Rupert Wolfe Murray.
On this occasion, Magda Stroe, the coordinator of the activity of ICR London, presented a few Romanian artists to HRH The Prince of Wales. These artists visit schools in the Great britan, as part of the project “Legacies of Courage”, dedicated to the Romanian Revolution. The event was attended by members of the Romanian community from London, the AGERPRESS photojournalist Sorin Lupșa, one of the authors of the displayed photos and British partners of the Romanian Cultural Institute and of the Romanian Embassy.
Details: www.icr-london.co.uk