Acasă, My Home / Acasă, the directorial debut of the film director Radu Ciorniciuc will have the world premiere on January 26, in the international documentary competition of the most important independent festival in the US, Sundance Film Festival, which takes place from January 23 to February 2, 2020. My Home is the first Romanian documentary selected in the competition of this festival and for three out of the five screenings scheduled during the festival, three of them are already sold-out. 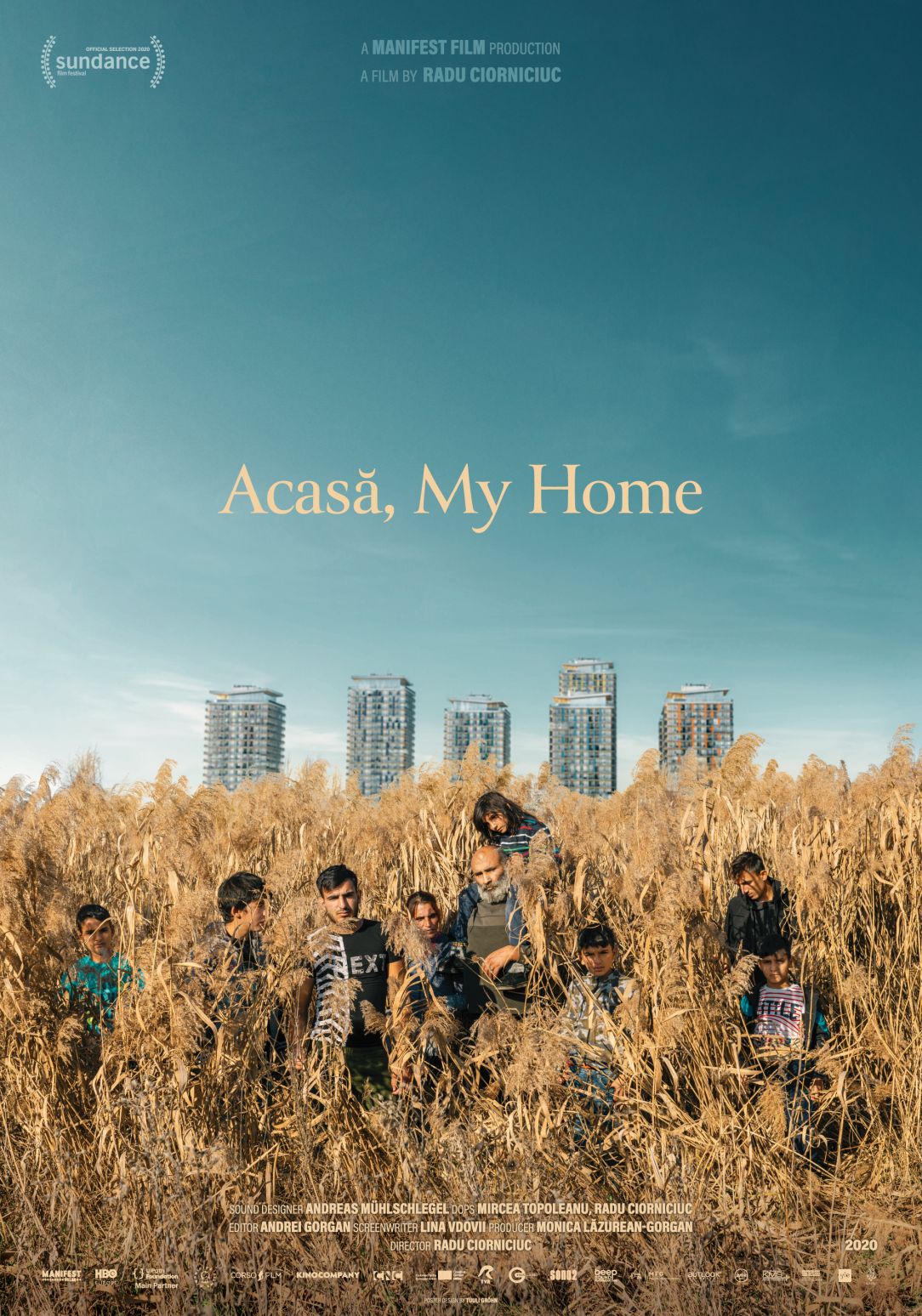 My Home tells the story of a family that has lived in the wilderness of the Văcărești Delta for 20 years, until the place received the status of protected area – the Văcărești Natural Park – the first urban natural park in Romania. For four years, the director Radu Ciorniciuc has followed the great adventure that the Enache family members have gone through – from a life in complete harmony with the nature to the life that is full of challenges in the big urban jungle of the capital. While the family members struggle to follow the rules of the modern civilization, while trying to stay connected to the nature and to the harmony between them, many questions pop up – about their place in the world and about the way the future may look like for each of them. Radu Ciorniciuc very empathetically follows the story of a family that fights for acceptance and for their own definition of freedom.
The film will be in competition alongside other 11 documentaries from around the world, in the WORLD CINEMA DOCUMENTARY category; the international title of the Romanian production is Acasă, My Home. The screenings from the festival will be attended by the film director Radu Ciorniciuc, Vali Enache, the eldest son of the Enache family, the film producer Monica Lăzurean-Gorgan, Lina Vdovîi (co-writer, together with Radu Ciorniciuc), as well as thefilm editor, Andrei Gorgan.
The official trailer of the film is signed by Lucio O Cinese Basadonne and Andrei Gorgan,
The international poster Acasă, My Home is made by Tuuli Gröhn, based on a photo by Alex Gâlmeanu.
The documentary Acasă, My Home, directed by Radu Ciorniciuc, is produced by Monica Lăzurean-Gorgan, through the Manifest Film production company, in co-production with HBO Europe, Corso Film (Germany), Kino Company (Finland), main partner - UiPath Foundation. The film was made with the support of the Romanian Film Centre (CNC), Romanian Television, Creative Europe, Cinelabs (Romania), Beep Studio (Czech Republic) and it is represented internationally by the distributor Autlook Filmsales.
Radu Ciorniciuc is a special reporter and a film director. He is one of the co-founders of the Journalist`s House. he signed reports for The Guardian, Al-Jazeera, Channel 4 News, ZDF and he received national and international awards at the Premiile Superscrieri (Superscrierea of 2014), Royal Television Society UK (2014), Amnesty International UK (2014) and Harold Wincott Award for Business Economic and Financial Journalism (2016).
Details: Acasa FB // Acasă // Sundance Film Festival