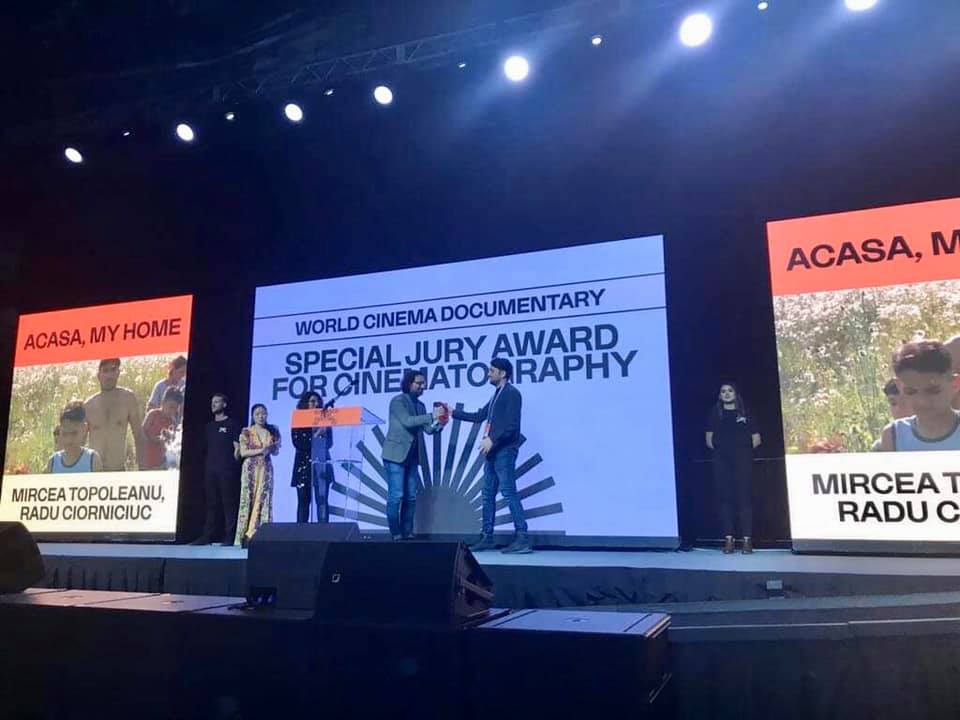 At the Sundance Festival Gala that took place on February 1, 2020, Mircea Topolean and Radu Ciorniciuc won the World Cinema Documentary Special Jury Award for Cinematography “for the fluid and tenacious camerawork”, as the jury (made of Eric Hynes, Rima Mismar andi Nanfu Wang) motivation said.
The Sundance Film Festival was created by Robert Redford with the intention of promoting independent films. It took place in Park City, Salt Lake City and Sundance, Utah, from January 23 to February 2.
Acasă, My Home was selected in the Sundance documentary competition  and it had  sold out screenings. The documentary made by Radu Ciorniciuc and produced by Monica Lăzurean-Gorgan follows the life of a family which used to live in Delta Văcărești, from where they were taken and moved to the outskirts.