Graduate of the National University of Theatre and Film "I.L.Caragiale" (class of 2003).

Cristian Nemescu on film:
‘How did you choose Film Directing?’
‘I made this decision in high school, when after a period of watching a lot of films, I started wanting to know what goes on behind the camera and I made a goal out of telling stories by means of film stock myself. I like a lot of directors, or I was rather inspired by a great many, but if I had to name some of them, I’d say Scorsese, Moodysson, Fincher, Jeunet... (...)
‘How do you choose the topics for your films?’
‘Most of the times, the starting point consists in things or experiences that are spiritually close to me and that I know others can relate to them from an affective point of view, as well. For instance, at the moment, I’m passionate about teen experiences and I think it’s an age when everyone goes through events which “shape” us at an affective level. There are some existential “evergreens” from the period of adolescence which in a way help us grow up. These experiences need to be analyzed, told, and retold in all the possible ways because they form a large part of who we are as adults.’
(ProTvMagazin, May 19, 2006) 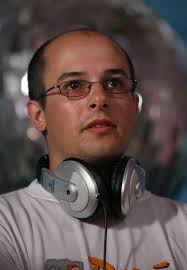