Paul Negoescu started the shoot for his third feature film, Never Let It Go, on 2 April, 2017, the filming being scheduled to last until the middle of May. 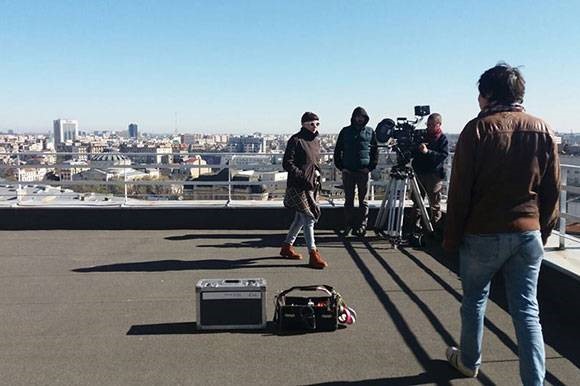 The screenplay was written by Paul Negoescu and features Petru (Alexandru Papadopol), a Math teacher who discusses his romantic problems with his close friends, a writer and an actor (Radu Romaniuc and Rolando Matsangos). When Petru's girlfriend gets pregnant, the man has to make peace with the life-changing decisions he has to take. The cast also stars the following actors: Nicoleta Lefter, Crina Semciuc, Angela Ioan, Iulia Ciochină, Olimpia Mălai and Smaranda Caragea.
Ana Drăghici is the film's director of photography, and Radu Stancu (deFilm) is delegate producer. Never Let It Go is produced by Papillon Film & N-Graphix, in coproduction with Poli Angelova through Screening Emotions (Bulgaria).
Details at: Film New Europe