One day in the life of Andrei Ciopec


The actor Andrei Ciopec is a true Saggitarius man, he does a lot of things, if possible at the same time. One day of his life is a continuous ride towards people and places. In the morning we went to walk the dog Aljoşa, or Alyosha (like the character from “The Karamazov Brothers”), then we went to Castel Film to have a costume fitting for the feature The Dog from the Dream, directed by Gheorghe Preda. Then we shot a small promo for his one-man-show from Godot (“From Dorel`s Wise Words”) at a car service, then he went to a tailor`s to have the Johnny Cash T-shirt (that he received as a gift) shortened. Then he went to the Kindergarten, no.41 in DrumulTaberei, to play the part of Santa Claus for the kids. Then he signed the contract with a publishing house for his first volume of poems and ends his day at the church, attending the evening service. The rehearsal of the song that can be heard (and that Andrei composed), happened at UNATC; his former colleagues from the acting class helped him.
Director, Cinematographer, Editor: Claudiu Iordache
(29.12.2016) 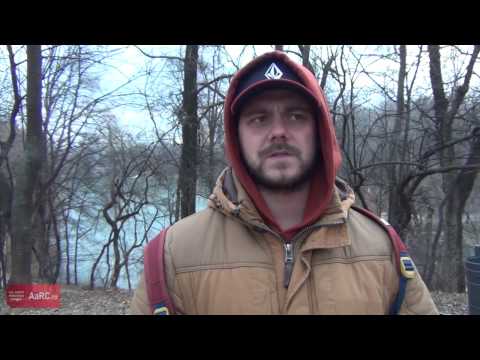