A day of the life of actress Ana-Maria Guran


At 17, Ana-Maria Guran played the leading part in Lumea e a mea / The World Is Mine, the feature debut of director Nicolae Constantin Tănase, after a screenplay by Raluca Mănescu. The film is a touchingcoming-of-age story about a teenager girl from a small townon the seaside, and the role brought the actress the GopoYoung Hope Award.
Currently, Ana-Maria Guran is a student at the Acting Faculty within UNATC, in the second year of study. She was in the 8th grade when she first thought she wanted to become an actress, and she has been playing on stage since High School.
A Day of the Life of Ana-Maria Guran is a UNATC production, made by Liri Chapelan, who signs the directing and the cinematography, and by Andrada Neacșu and Monica Pascu (sound and editing). 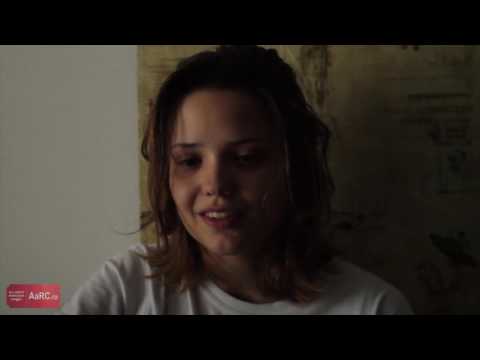