Making Waves announces the lineup of “The Romanians: 30 Years of Cinema Revolution” coming up at Film Forum from November 15-26, 2019. 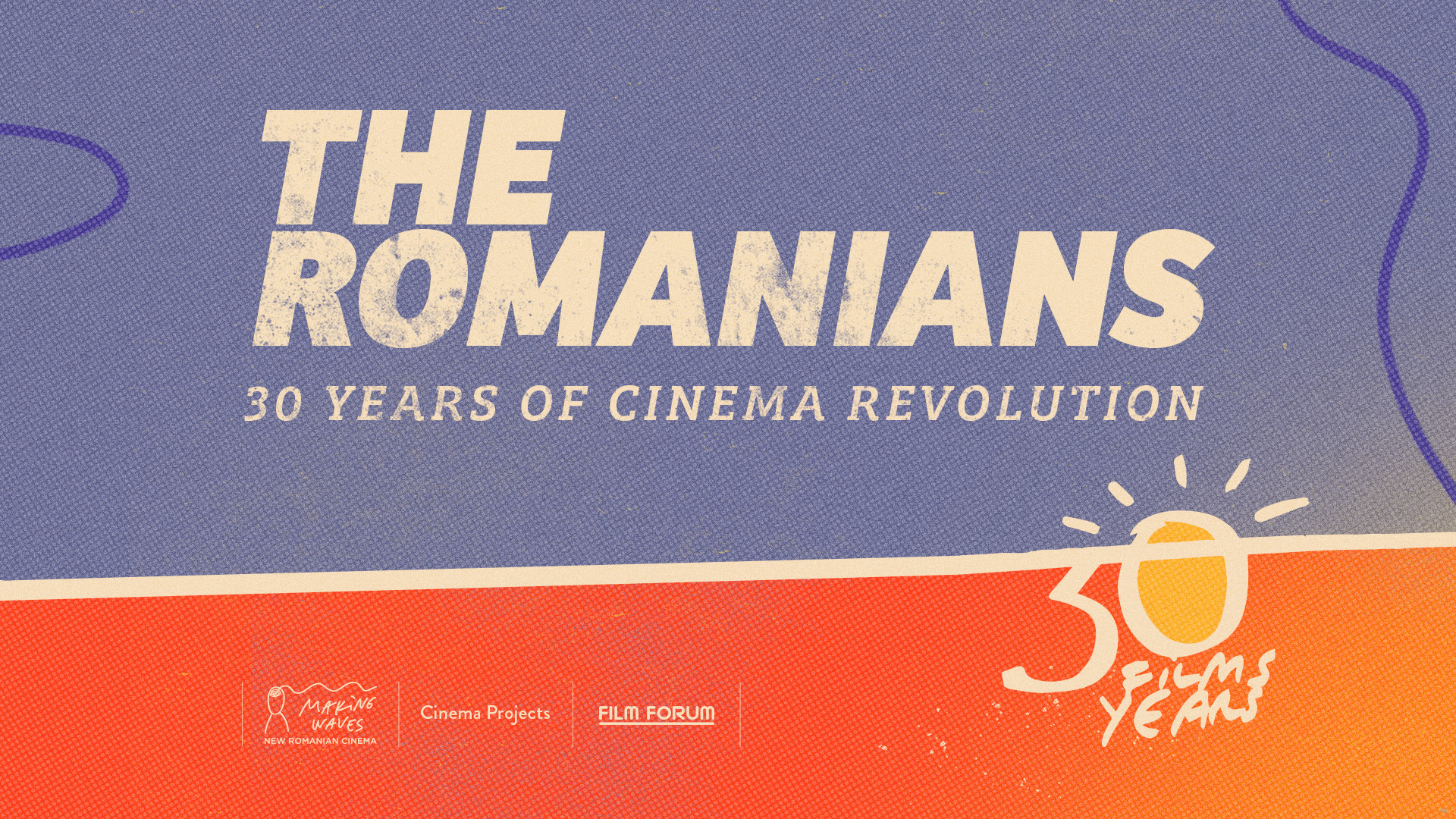 The largest program dedicated to Romanian cinema presented in the U.S. to date, this 30-film series celebrates 30 years of post-Ceauşescu cinema – from the early 1990s, when directors were finally free to look clearly at the Communist era (Timișoara, December 1989, Videograms of a Revolution, The Oak, Luxury Hotel, State of Things, The Earth’s Most Beloved Son, E Pericoloso Sporgersi); through the exciting years of the Romanian New Wave (Stuff and Dough, The Death of Mr. Lăzărescu, 12:08 East of Bucharest, 4 Months, 3 Weeks, and 2 Days, California Dreamin' (Endless)); and the current decade, with much new talent still emerging (Aferim!, Dogs, Soldiers: A Story from Ferentari, Pororoca). Tickets go on sale November 1st.
“The special retrospective presented at the 14th Making Waves marks a cycle of creative freedom in Romanian cinema,” notes Corina Șuteu, Making Waves festival president and co-curator. “The series is unique, offering the most comprehensive and compelling close-up overview of the brilliance and intensity of talent of various generations of Romanian filmmakers since 1990. This is the least that one can do to ensure that their creative voice is heard in the wide, wide world.”
A selection of the retrospective will tour throughout the U.S. through May 2020, kicking off in California at the UC Berkeley Art Museum and Pacific Film Archive (BAMPFA) with a 13-film program running December 6, 2019 – February 27, 2020.
Making Waves also returns at the Jacob Burns Film Center from December 5-11, 2019 with the traditional panorama of the best new releases of the year.
“The Romanians: 30 Years of Cinema Revolution” is organized by the Making Waves Film Festival and Cinema Projects. Produced by Corina Șuteu and Oana Radu, and curated by Mihai Chirilov, David Schwartz (Cinema Projects), and Corina Șuteu. With the support of the Trust for Mutual Understanding, Romanian Filmmakers Union, Dacin Sara, the Romanian National Film Center, Blue Heron Foundation and numerous individual donors.