CinEd starts a New Session of Trainings for the Teachers


CinEd, the European Initiative for Education in Cinema for the young people starts its 2nd year of activity in Romania with a series of training sessions addressed to the educational facilitators. 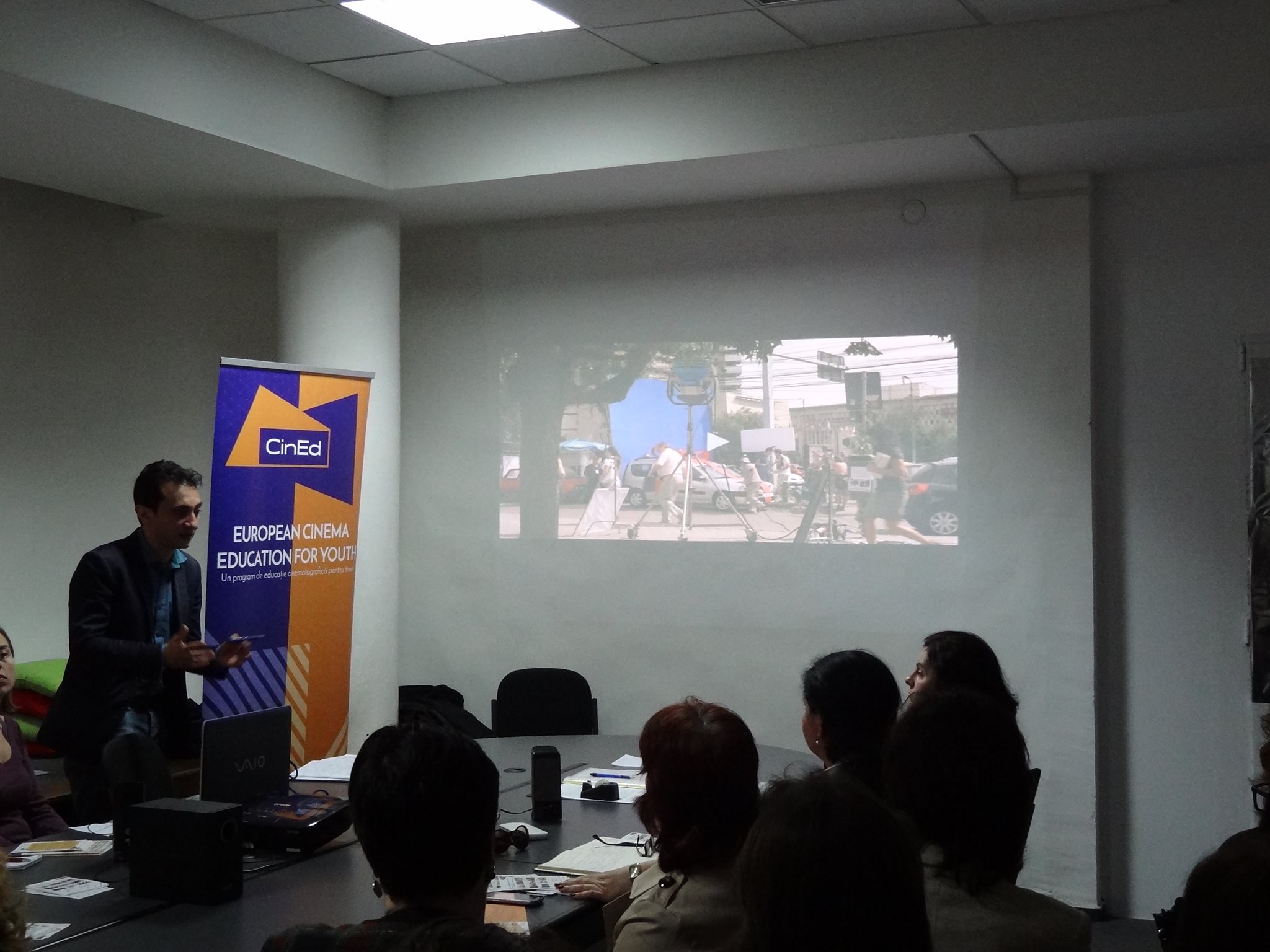 In 2016, for those in secondary and high school, the Next Cultural Society organized in the frame of CinEd, trainings for 211 teachers and public librarians in 6 towns as well as free screenings for the young people, in 14 towns all around Romania. These events were attended by over 1300 pupils from the 5th to the 12th grade, who discovered the diversity of European cinema and got acquainted with the art film and cinema language.
The workshops and CinEd screenings organized by Next were accompanied by the presence of special guests, film critics (Andrei Gorzo, Ileana Bîrsan, Gabriela Filippi). They contributed to the analyzing of the suggested films as well as the dialogues with the pupils, teachers and librarians.
CinEd –the European Education in Cinema for Youth is an ambitious cooperation initiative, who’s last year debut was possible through the common effort of several cultural organizations from 7 countries (France, Portugal, Spain, Italy, Bulgaria, The Czech Rep., Romania). Starting 2017, Finland joined the common effort for the development of education in cinema. In Romania, the project is coordinated by Next Cultural Society for secondary and high school level and by the Cultural Association Macondo for the elementary level.
On January 21st, in Bucharest, between 13.00-16.00h, at cinema “Elvire Popesco” (77, Dacia Blvd, the French Institute) will be held the first training session in 2017.It is meant for the secondary school teachers who can apply through a mail at cined@nextproject.ro. The participation is free of charge and the training will be hosted by film critic

Gabriela Filippi. The films mentioned in the CinEd catalogue are on display in a variety of formats with the possibility to be screened in various spaces, classrooms and libraries included. The online platform is easily accessible by the educational facilitators who wish to join the initiative and organize screenings for their pupils. The access is free of charge for the films downloading and for the materials/docs alike.
The educational activities suggested by CinEd actively help the development of the pupils’ abilities to analyze, understand, interpret an audiovisual message contributing to the training of an active audience as well as to the interest in cinema as an art and industry.
Among the towns in which CinEd will be active this year are Bucharest, Brasov, Iasi, Râmicu Vâlcea, Alexandria, Târgoviște.
The full schedule of activities will be soon announced.