The premiere of the film Lemonade/Luna de miere, directed by Ioana Uricaru and produced by Cristian Mungiu for Mobra Films, which will take place on October 24, at the Romanian Peasant Museum Cinema, in the presence of the director and of the film crew, is already sold out. The interest of the film lovers for this film is due both to its subject – Lemonade is “a captivating thriller” about

the American dream seen through the eyes of a Romanian woman – and to the success it had at international film festivals  that it participated in so far; the film already received awards at three festivals.
The preview which happened on Wednesday night at the Elvire Popesco Cinema played to capacity. Starting from the subject of the film, a discussion about the “American Dream” took place; it was attended by three Romanians who succeeded in being successful overseas. Alex Rotaru, Runa Petringenaru and Alexandra Proca spoke about their experience in working with stars such as Kevin Spacey, Marilyn Manson,

Hugh Hefner or James Cameron.
Alex Rotaru lives in Beverly Hills. He was the first Romanian citizen who was offered a full scholarship by MIT – Massachusetts Institute of Technology (top 3 in the world). he graduated at the very top of his class. Then he attended the University of Southern California`s School of Cinematic Arts and earned a Master of Fine Arts Degree in directing, screenwriting, production, editing, cinematography, sound and acting. He studied film at USC SCA, Steven Spielberg`s famous school.
In the US, Runa Petringenaru was involved in making films, art directing and heraldry. For a while she worked in film production with the director James Cameron and recently
A former journalist working for PRO TV Magazine and Madame Figaro, Alexandra Proca left to the USA in 2001, where she worked in public relations. Currently she is a copy editor and content reviewer for a company in Cupertino, California.
The discussion with the three guests was prefaced by a touching video message sent by the film director Ioana Uricaru: “While making this film that I`ve been working on for 9 years, I also had in mind the Romanians who, just as the film protagonist, decided to take the risk of moving to another country and to another culture. I`m looking forward to meeting the Romanian audience, the most important one for me.”
The first Romanian film shot in North America, tells the story of Mara (played by Mălina Manovici) who,  after arriving in America, is forced to confront her projections of the American dream with the reality. After its world premiere at the Berlin International Film festival and after receiving many awards at prestigious film festivals (the Best 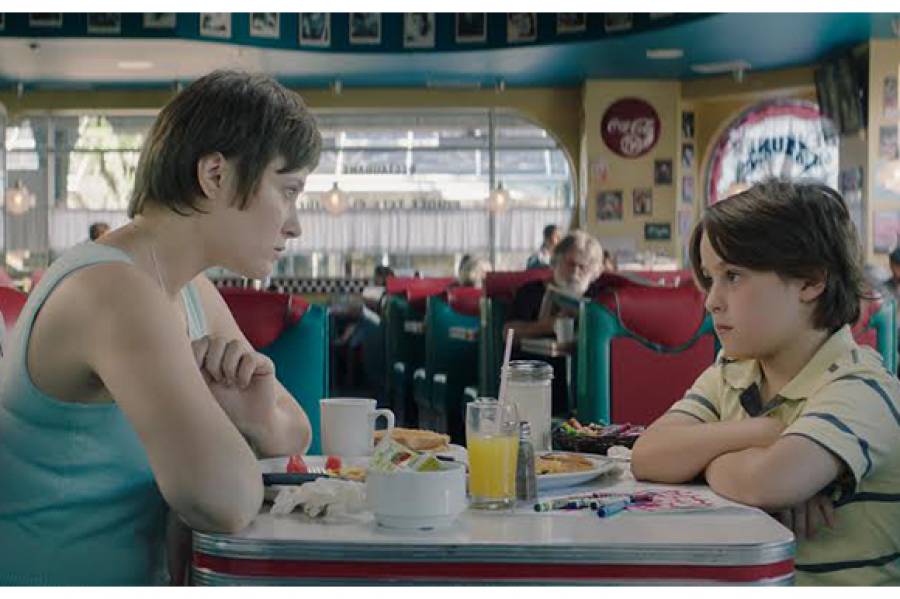 Film Award in Portugal), Lemonade attracted many distributors all over the world; the film will be distributed in France, the USA, Canada, China, Germany, Greece, the former Yugoslavia, and Israel.
The Romanian premiere of the film Lemonade will take place on October 24, during the Les Films de Cannes à Bucarest Festival and will be in the Romanian theatres starting with October 26, 2018. Besides the screenings in Bucharest, the film will be also screened in Iași, Timișoara, Ploiești, Cluj, Constanța, Vaslui, Brașov, Lugoj, Călărași, Buzău, Suceava, Pitești, Târgu Mureș, Reșița, Caransebeș, Vulcan, Oravița, Sibiu, Galați, Slobozia, Sfântu Gheorghe and Arad.
Details: facebook