Interview of the week with Diana Cavallioti

Diana Cavallioti is a very special person who knows how to analyze things lucidly, without sparing her feeling, but with a certain pride. She says about herself that she is stubborn, determined, strong-willed, independent, cerebral, reasonable person who lives in the present and is skeptical about the future. She is the portrait of the modern woman who is very down-to-earth and who knows to learn from her life`s experiences. And that is not only for her personal development, but mainly to the benefit of her profession that she seems to have been destined for: stage and film acting. It looks as if Ana from  Crossing Dates / Întâlniri încrucișate, Crina from Tales from the Golden Age / Amintiri din epoca de aur, Irina from A Very Unsettled Summer / O vară foarte instabilă, Mădălina din Second Look / Te mai uiți și la om are mainly sides of her own personality. Let alone the main part in Ana, mon amour.
Cinematography: Valeriu Ciubotaru
Translation: Iulia Necoara
(20.02.2017) 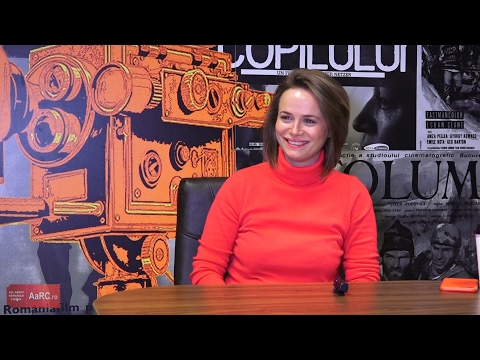