Astra Film Sibiu opened its call for entries to the documentary film workshop for high schoolers “My first film”. 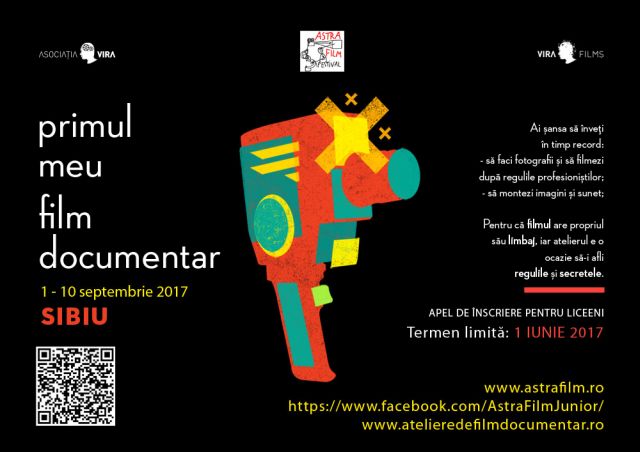 The workshop to be held in Sibiu, from 1 to 10 September 2017, was a hit ever since its first edition, and along the years it has become very popular among high schoolers, all the films that were made to date being screened at Astra Film Festival.
The first film workshops were initiated by Astra Film in 1997 together with Michael York of Oxford University, and with BBC directors and producers. “My first film” is thus carrying on an idea that was implemented by Astra Film in premiere in Sibiu, many years ago.
Set up for the fourth consecutive year in Sibiu, by Astra Film in cooperation with Vira Association, the documentary film workshop is exclusively designed for Sibiu-based high schoolers, aged between 14 and 19, passionate about cinema and who want to live the experience of the professionals behind the camera.
During the workshop, the participants will effectively go through all production stages and will make their own film. The end of the workshop will mean the screening of their films on the big screens of Sibiu International Film Festival, Astra Film Festival, to take place from 16 to 22 October 2017.
The application form is available on www.astrafilm.ro, and the registration deadline is 1 June 2017. Twelve finalists will be selection after the conclusion of the registration to take part to the workshop between 1 - 10 September 2017. 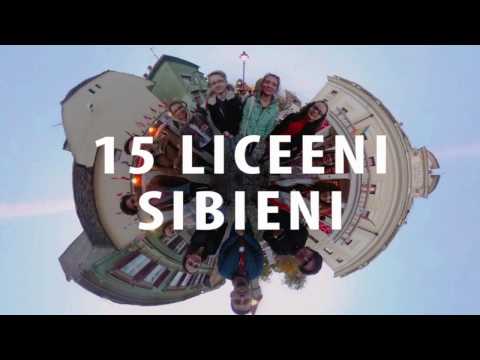