Astra Film Festival 2016: “The Red Empress – The Life and Adventures of Ana Pauker”


The Red Empress – The Life and Adventures of Ana Pauker is Radu Gabrea`s latest documentary. The film had its premiere during the 2016 Astra Film Festival, after a  film preview in June, this year.
The source of inspiration for this film was Ana Pauker`s biography, “Ana Pauker: The Rise and Fall of a Jewish Communist”, written by the American historian Robert Levy. At the q&a that followed the screening, RaduGabrea said that he was interested in controversial historic topics, which from certain reasons had been represented in a false manner and which are worth reconsidering.

The director said: “Ana Pauker was an ardent Communist, who believed in the ideas of the Communism, but who actually didn`t get to do anything out of the things that they reproached her with. In the `20s when she was a Communist, in her early youth, when she married Marcel Pauker, they were both already dissidents in the Communist Party, because they wouldn`t follow the line of the Communist Party followed by Moscow. They were a bit outsiders all the time. Luckily, she got arrested in Romania and locked in the Dumbrăveni prison, after the Craiova trial and this is how she escaped death.

Her husband, Marcel Pauker, was sent to Russia, with all the Cominternists that Stalin killed in the `37-`38. In a way, Ana Pauker being arrested by the Romanian Government and by the Romanian Security saved her from death. When she went out of the prison, an exchange with two Romanian patriots was made and the Russians took her back. By the time she went back to Russia in `41, the Russian assassinates had been over. She never got to do what she was accused of, because she was ill with cancer. How was it possible? Gheorghe Gheorghiu-Dej was behind all theassassinates, though he succeeded in gaining a positive image in front of the people. At the Plenum in 1961, Gheorghiu-Dej was able to put the blame of all the problems of the Communism, all the atrocities of the Communist Party, the extermination of the Peasants`Party members and of the historic parties, on two people: Ana Pauker and Luca”, said Radu Gabrea. 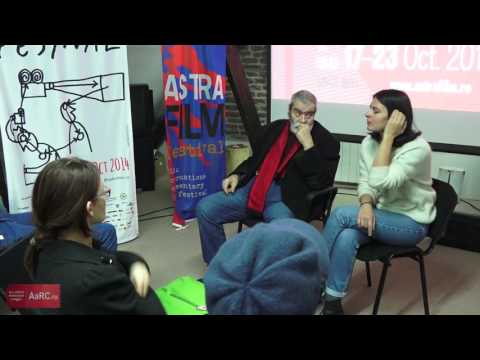