Synopsis: Sequel of  Contra timp.While Boboc and Lori are in Spain to escort The Corsican - a feared women trafficker which is about to be extradited - Bogdan, Maria and Dobrescu track down a psychopathic serial killer who is burning his victims alive. From abroad, Boboc tries to help them with the investigation. But The Corsican hijacks the plane bound for Romania with the help of an accomplice, holding Lori and Boboc as hostages. In the mean time the serial killer makes more victims. The team in Bucharest discovers the link between the murders and an accident that things up. 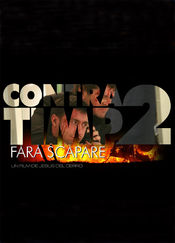