The documentary “Collective” / “colectiv”, directed by Alexander Nanau, is released today in the cinemas and VOD platforms in the US, Canada, Great Britain and Ireland. This moment marks the start of the official campaign for the Oscars. Last month, the Romanian Film Centre (CNC) chose “Collective”to be Romania`s proposal for the OSCAR® 2021 Awards for the “Best International Film” section which used to be called “Best Foreign Film”. It is the very first time when a documentary is chosen to represent Romania in the competition for the American Film Academy Awards.
The Western press and film critics applaud “Collective”: It is one of the best films on journalism that has ever been made.
A few days before the

film release in the US and Great Britain, the film critics and the press praise the film, considering that is one of the best and most relevant documentary films of the moment. Many article titles from The Guardian, The Times, Daily Mail, New York Times, Los Angeles Times, Washington Post, Chicago Tribune, IndieWire, Variety, Hollywood Report, Sight and Sound (and many more) trace again the route of the events after the Colectiv nightclub fire, as they were shown in the film and most of the critics describe it as one of the best films on journalism that has ever been made. On Metacritic, the biggest international platform with film, music and TV series reviews, “collective” has a score of 94, out of 100, based on 15 reviews of the critics.
“Collective is an observational documentary, but it is as gripping as the best newsroom dramas, from All the Presidents`s Men to Spotlight.”- The Guardian
“Some documentaries reassure you that the world is better when they`re over (inequity has been exposed); others insist it could be better. “Collective” offers no such palliatives. Instead, it sketches out an honest, affecting, somewhat old-fashioned utopian example of what it takes to make the world batter, or at least a little less awful.”- The New York Times
“If The Death of Mr.Lăzărescu / MoarteaDomnuluiLăzărescu was a drama that unfolded with unblinking realism, then “Collective” is a documentary paced with the urgency of a thriller, in which the dubious qualifications of hospital managers and the specifics of lung-transplant protocols somehow become as riveting as any chase sequence.” – Los Angeles Times
“Collective” starts as one of the greatest journalism movies of all times and then it goes one step further, exposing democracy at war with itself.” - Indie 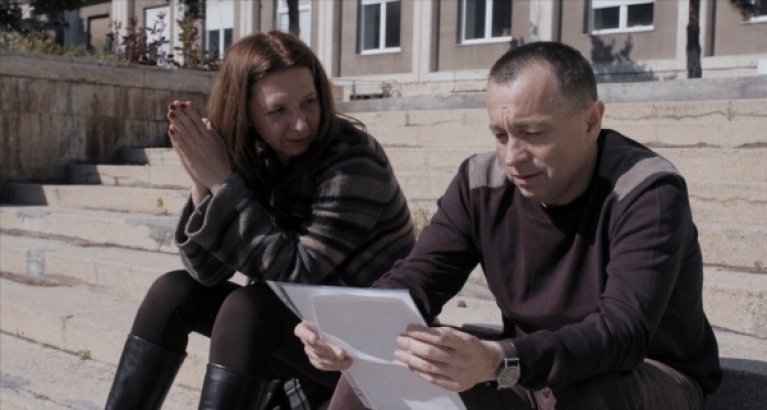 wire
“It is a great accomplishment for us that journalists from all over the world see in “Collective” what it actually is – a film about the need and courage of the integrity alarms and of the investigation journalism to expose systemic facts of corruption of the government, a film which shows us how much we actually need  the press in order to be a truly functional democracy. Without the investigations made by these journalists, not only from Romania, but also from the other countries, the world would be a more dangerous place.” The director Alexander Nanau declared.
The American distributors, Magnolia Pictures and Participant, will submit the film “Collective” also to the “Best Documentary” section of the American Film Academy Awards. The participation of a film in two sections increases the chances of being nominated. Last year, for instance, Honeyland, the appreciated documentary from Northern Macedonia, made history by becoming the first documentary nominated simultaneously for two sections: “Best Documentary” and “Best International Film”
The world premiere of the film took place last year, at the Venice International Film Festival. It is the first Romanian documentary that has ever been selected in the prestigious Italian festival. The North-American premiere took place at the Toronto International Film Festival. “Collective” was also included in the official selection of the 2020 Sundance Film Festival and was part of the selections of many international festivals, such as New Directors/New Films, IDFA, True/False, CPH DOX, San Francisco International Film Festival, Göteborg International Film Festival or Full Frame.
“Collective” is also nominated for the European Film Awards in the “European Documentary”category and it can be voted by the members of the Academy until December 3, 2020. The awards will be announced on December 12, 2020.
Recently, DOCNY, the biggest documentary film festival in North America, offered Alexander Nanau the Robert and Anne Drew Award. It is the seventh edition when this award is offered to the best contemporary directors of observational documentaries for their film career.
This fall, the film will also be released in cinemas and on VOD platforms in more European countries – France, Germany, Israel, Belgium, t
he Netherlands and Switzerland. The film is made available in 20 other countries by HBO Europe.
The film was released in Romania by Bad Unicorn. “Collective” is produced by Alexander Nanau Production, in co-production with Samsa Luxembourg and HBO Europe, with the support of the Romanian Film Centre(CNC), Luxembourg Film Fund and Sundance Documentary Fund, with the participation of MDR Germany, RTS Switzerland, RSI-Switzerland and YES Docu – Israel.