“Smile of the Sun”, or Once upon a time…


Approximately 30 years are between two feature films that have the same theme: the young people reaching the age of the high school graduation exams – A Smile of the Sun (1983) versus #Selfie (2013). What is interesting is that both of them were made by two women directors: Elisabeta Bostan versus Cristina Iacob. Two different generations, two different approaches. And I am not only talking about the professionalism of the two filmmakers, about the huge distance between the Elisabeta Bostan`s indisputable one and the dubitable one of Cristina Iacob, but about the substance of the above mentioned films.
A Smile of the S 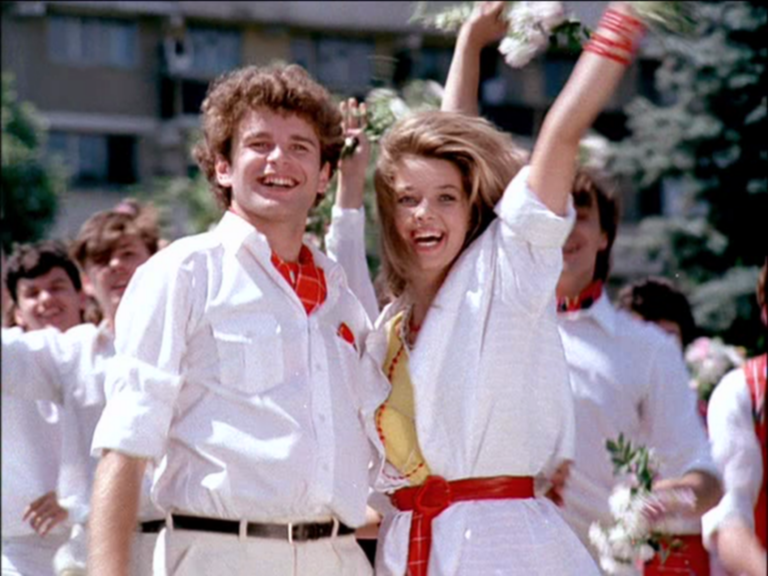 unis absolutely charming with its ingenuity, common sense and good taste, some qualities that in only 3 decades became anachronistic. Love doesn`t mean searching for your soul mate anymore, but a constant
chase after sex. The school is no longer a phase which builds the intellect and the character, but a boring place, where one should escape from, as soon as possible.
The Graduation exams don`t have the importance of a carefully prepared competition which is waited for quite excitedly, but a farse. The teachers don`t have the authority of some emperrors that lead you to the kingdom of knowledge anymore, but some playboys that stir the erotic dreams of the young students, who think of having fun and teach them lessons of how to tell lies. Being caught in „living their lives”, the parents lose any kind of authority. 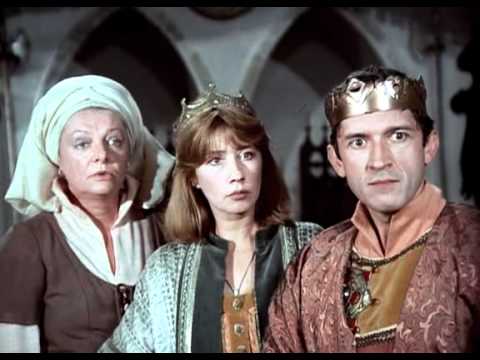 A Smile of the Sun is
an idyllic film, #Selfieis a pragmatic one. „Let`s dream aboutbeing pribces and princesses!” gives way to the more pragmatic interogation „if not now, when?” The childish fantasy is not in fashion anymore, because it was annihilate
d by raffishness and grobianism. The imperative „After the Graduation exams!” lost its meaning since it is not the determinant step between adolescence and maturity anymore, but a poor fatigue duty in the way of the erotic-cheating fun.
A Smile of the Sunis an entertaining musical, with music composed by Marius Țeicu  and vividly played by Carmen Galin, Mircea Diaconu, Bianca Brad și Tudor Petruț. Where are they now? At the beginning of the `90s, Carmen Galin gave up acting completely, the way Greta Garbo did once. But unlike Greta Garbo who was a star, an idol, who feared the old age would flaw her glory. Galin was a great actress, who had many parts to play ahead of her, on the stage and on the screen. Also at the beginning of the `90s, Tudor Petruț went to Los Angeles; he was a high school teacher for a while, then he became known in America as Peggy, the character played in a Discover Card commercial; he worked as a jornalist in the foreign press as well; he is in charge with the correspondence  to Romania and keepos in touch with the film world as a consultant and screenwriter. Bianca Brad bet her card on her incontestable beauty, ear ing at some point the title of Miss Romania. She was in a few TV shows,  got involved in business and was on the first pages of the tabloids  As for Mircea Daconu, who as a politician, spends much of his time between Bucharest and Bruxelles; it is hard to believe that he will ever have the success he used to have many years ago.
So, going back to the title: Once upon a time...