Black Friday, directed by Roxana Stroe, is a black comedy, based upon the short story written by Vladimir Sorokin, “Sniper`s Morning”, about a man who, standing on a rooftop, shoots the passers-by. Eliminating 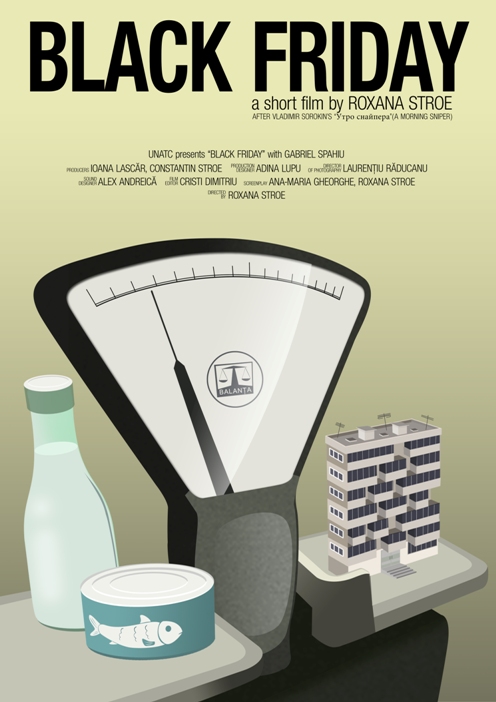 them, he increases his chances of getting a better place in the line at the food store. 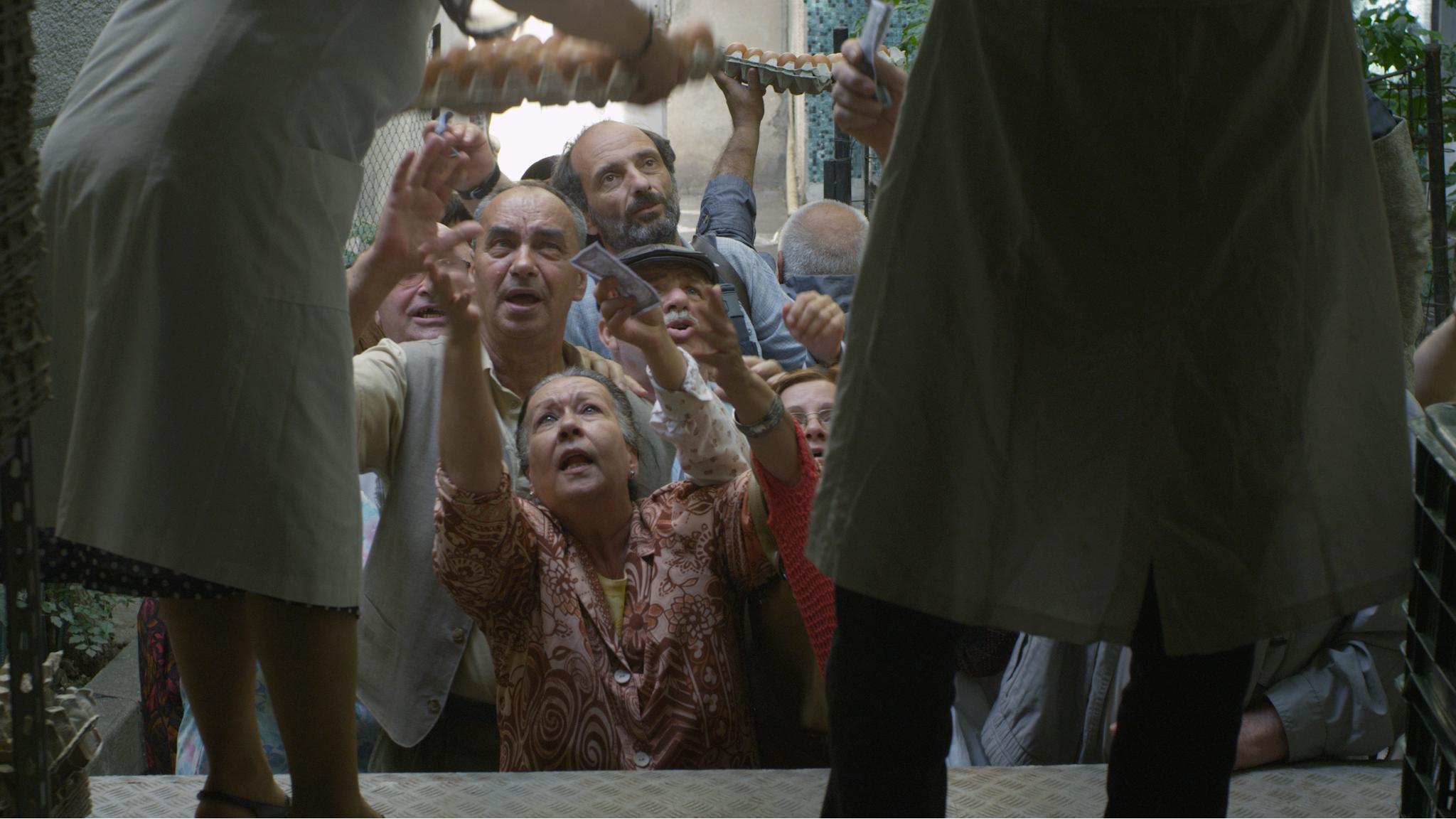 The script (Roxana Stroe and Ana-Maria Gheorghe) keeps close to the narrative structure of the short story, but goes into more details that make clear the sniper`s motivation from the beginning. For instance, Sorokin places the action and the characters in an atemporal space, where the absurdity of the story is built exclusively through this ambiguity. Black Friday is placed in Romania during the `80s, when waiting in line became a shopping ritual; the film title associates it with the crowds of people during the sales period from our consumerist age, trying to bring the topic as up to date as possible.
Nobody says these things directly in the short film either, where the dialogue almost doesn`t exist, but they are suggested by means of art department elements and by other images associated with the communist period: the first shot opens with the sniper (Gabriel Spahiu), who is very edgy, waiting in line in front of a truck with eggs. The production design has a very important role in this adaptation, not only because it recomposed the space, but also because it stylizes the objects from the `80s by means of colours or framing.
This artificiality marks the unreality of the situation, artistically bringing the ironic tone of the story. 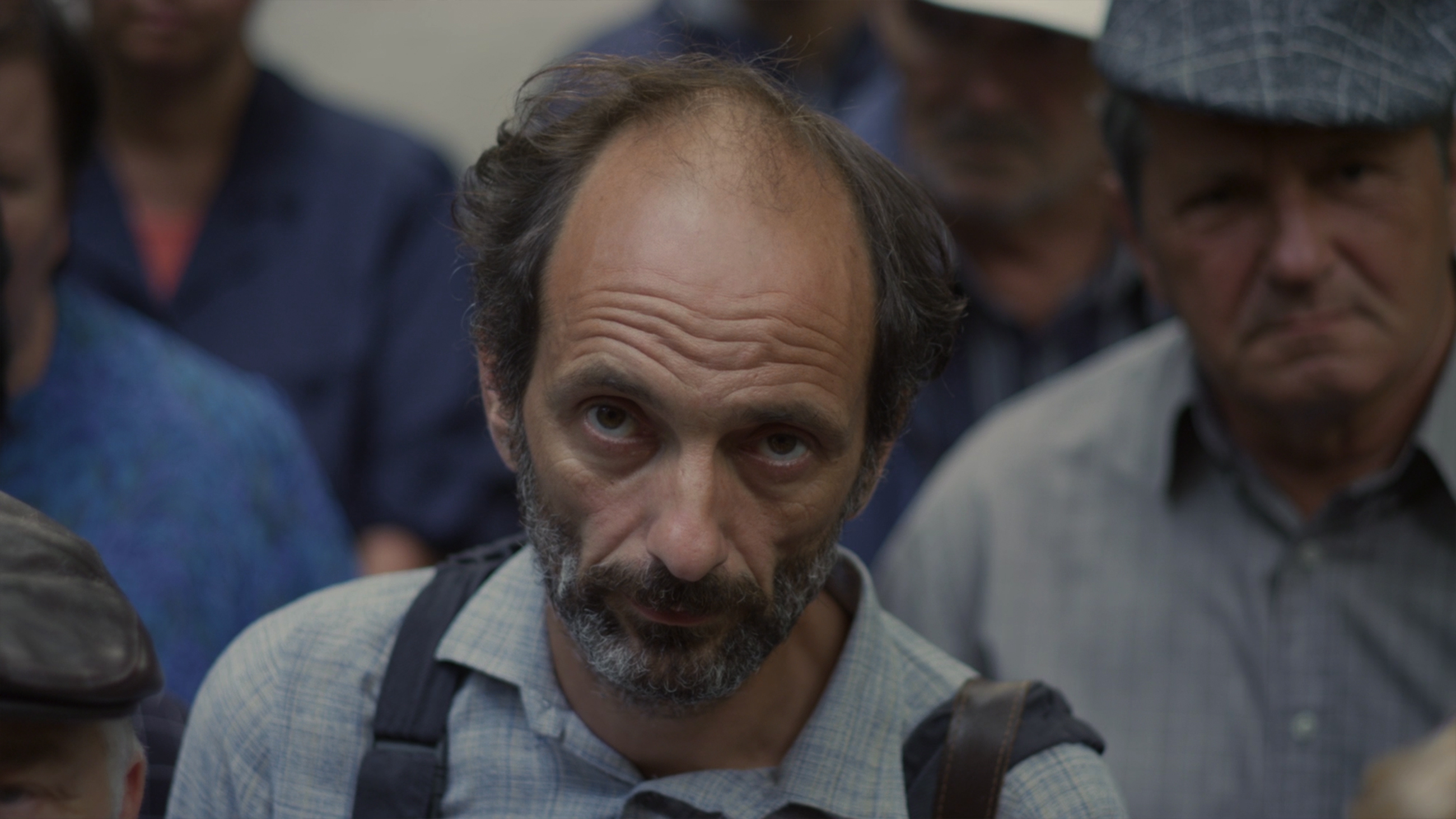 The sequence of the shootings is performance of artistry. Shot in shallow depth from a perpendicular angle on the alley that the actors cross, in slow-motion, the corporality of the victims is artificial – the aggression is shown so that it might stir artistic pleasure, and not to excite as a thriller would do.
Black Friday was directed by Roxana Stroe during her Master`s Degree studies in film directing at UNATC; its premiere took place at the 2015 Transilvania International Film Festival where it received the award for the Best Romanian Short Film. The film was also screened in other international festivals such as the ones in Brest, San Sebastian and Sankt Petersburg, but also in New York, at the most recent edition of Making Waves.
At CineMAiubit 2015 we spoke to Roxana about how she made her film, about how it was received at the international festivals and about how important they are for a young film director. 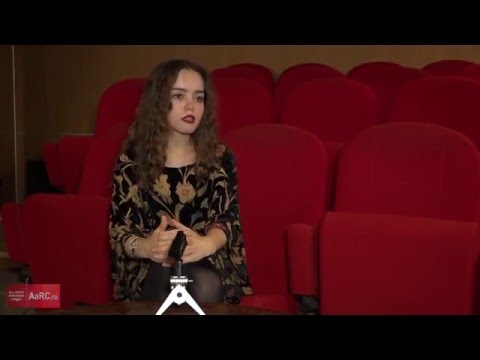