“The Return”, by Dumitru Grosei, Awarded at the To Save and Preserve Film and TV Festival

The documentary The Return / Reîntoarcerea (2019, Moldova), directed by Dumitru Grosei, won one of the four “Golden Gagara” trophies, at the 23rd edition of the TO SAVE AND PRESERVE International Film and TV Festival in Khanty-Mansiysk, Russia (June, 2 – 7, 2019). 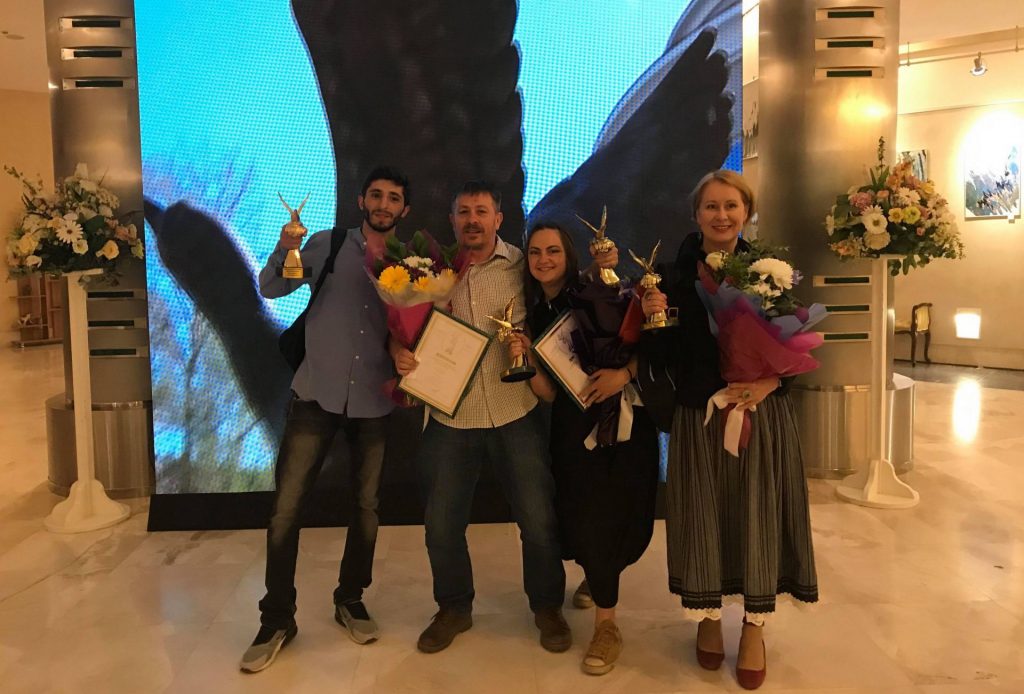 Xenia Bucuci, a folk artist from the Republic of Moldova, is a former actress and model. After 5 years of working in France, she is one of the few people who came back home from abroad, in order to recover and promote Moldovan ancient handcraft traditions.
It`s the second award for Dumitru Grosei this month. He also received the Best Screenplay Award (with the film project Ionel and Maricica) at the International Film Festival Golden Frame din Kharkov, Ukraine.
Details: www.alternative-cinema.com